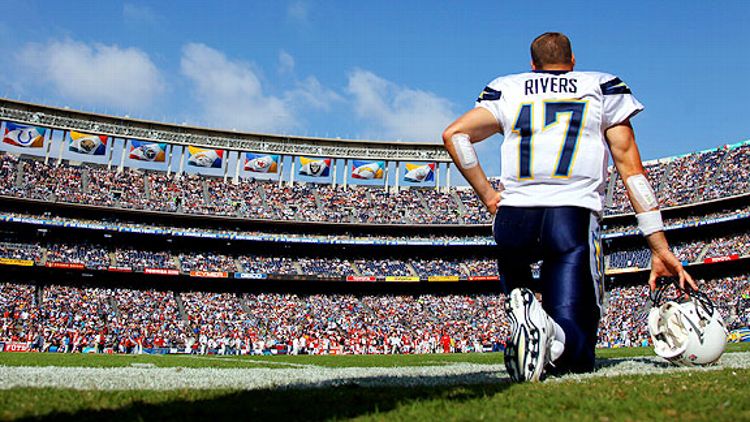 Matthew Berry and I are on the same team in the Super Bowl. It’s late in the fourth quarter, and we’re down two points. We drive to the 20-yard line, but when we look to the sideline our field goal kicker is in the fetal position. He’s already missed one from 34, and now he’s refusing to kick the game-winner. There’s 10 seconds left, and he’s not an option. In the huddle, Berry tells me to drop back 10 yards for the snap. “Why so far?” I ask. He smiles. “Flutie.” “Flutie?” I ask. “Flutie,” he repeats. And then I get it. Flutie. I take the snap, the defense drops back in coverage, and I let the ball fall to the ground. As it hits the turf, I kick it on the hop and send it soaring through the uprights. A drop kick! Three points! Victory! Time expires as our fans rush down from the stands. Immediately, a thousand beautiful women run on the field to congratulate me. Berry points at me once, smiles, and walks off into the sunset.

This week, the Berry man can. And could. And did. It was a mediocre showing all around, actually, but ESPN’s own MB did enough to earn the tie with Michael Fabiano for first place. And he did it while choosing only three failures, which, let’s face it, is the easier task. Fabiano made his hay in the flop department, while the Eisenberg slump continues.

Fabiano registers his second straight win, just a trace ahead of Berry, with a perfect 5/5 on the negative side of the RBs.

Mack takes first place with the best individual receiver round to date. Meanwhile, Fabiano extends his lead on Berry with a second-place finish and looks like the favorite to win his first week.

Not content to rest on his laurels, Fabiano goes out with a bang, earning 18.5 points.

With Fabiano’s win, every expert has now won at least one week (Berry & Eisenberg tied in Week One). What symmetry!