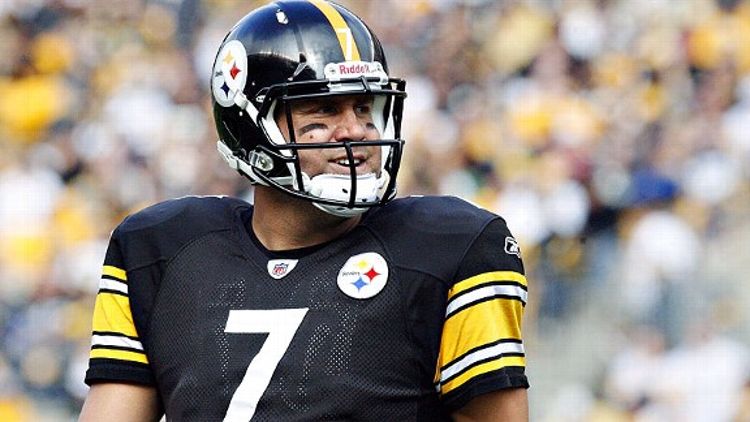 Next week, start Ed Hochuli at referee. October is almost over, and he’s still eight flags away from filling his quota of 15 pass interference calls for the month.

Reason is only too evident. Everything is predicted by divine afflatus and thanks to an angelic spirit inspiring the one prophesying, consecrating his predictions through divine unction.

Angelic? That was the word he chose. And who was the ultimate angel? That’s right: Michael. As in Michael Fabiano. He is this week’s prophetic choice to win Fantasy Fantasy Football.

This Week: After the Apocalypse

Jamey Eisenberg and I are in an apocalyptic landscape. Roving gangs of outlaws travel the highways, looking for gasoline and food, their weird transport vehicles pulled by captives. Basically, it’s just like Cormac McCarthy’s “The Road.” Eisenberg and I are faced with the task of restoring civilization and rebuilding society. But first, we have to assassinate the head of the anarchy gang, whose name is simply an exclamation point. One dark evening, we approach their camp, and we spot ! sitting by himself under a tree. “We’ve got him,” Eisenberg says, and reaches in his pocket. Just then, he realizes he forgot his gun. I don’t have mine, either, so we look around for a weapon. The only thing we find is a football, fully inflated, on the ground. “You have one shot,” Eisenberg says. “Hit him in the head.” “But I can’t do it!” I respond. “We all believe in you,” he says. I take a deep breath, rear back, and throw. As it sails toward !; the sun comes out. It’s a miracle. Startled, ! stands up, and the ball knocks him out cold. Within a year, Eisenberg and I are co-czars of the new republic, and football is the national sport.

Eric Mack wins his second week in a row with another 16-point finish.

With the win, Mack extends his overall lead. Fabiano drops back, and Eisenberg is no longer alone in last.

Week 7 is next, and I’ve got it on good authority that things are about to get crazy.