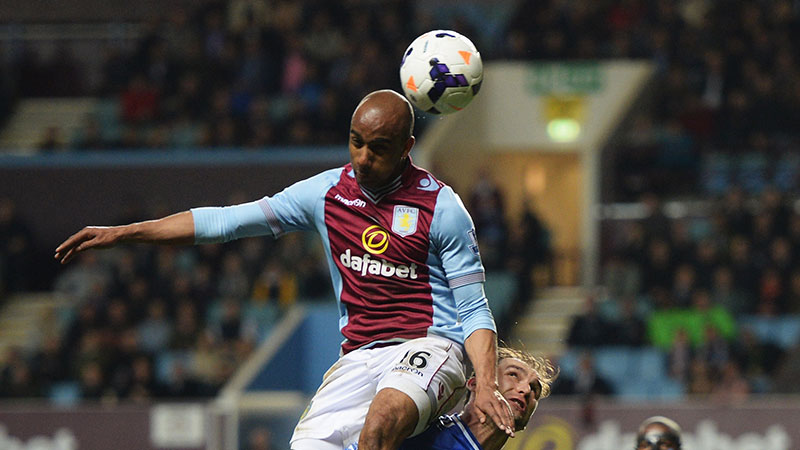 An old coach used to tell me that center midfielders would always be judged on three things: their ability to tackle, their ability to create chances for their teammates, and their ability to score goals. Although this same coach eventually resigned after more than 300 NCAA violations, he was not wrong. Do all three of those things and you’re some holy alchemy of Dennis Bergkamp and Michael Essien.

In other words, you’re Fabian Delph. For a little while Saturday, Delph was the best soccer player in the world. I’m not sure if that lasted for a whole 90 minutes, but for at least 10 seconds, no one was touching this dude.

Not that it needs a play-by-play that’s anything more than a loop of Kanye’s breathing on “I Am a God,” but it’s worth going through everything that happened, just to remember how perfect this was before the final touch.

First, Delph picks off a square pass from Ramires to Branislav Ivanovic, reading the play and streaking in from five yards away. He gets to midfield, and he says “fuck it,” and he pretty much goes out of his way to make Nemanja Matic feel his pain, dicing him up with a quick “here’s the ball; nope, now it’s gone” — that’s two Serbians down — and continuing up the field. He’s running full speed at John Terry, which is a horrifying prospect for everyone involved, but he holds the ball long enough to draw Terry toward him and for Marc Albrighton to gallop into the space vacated by Delph’s earlier destruction of Ivanovic. A more precisely weighted pass and Albrighton probably has a shot, but it’s a tough angle, so the pass forces Albrighton to cut a hard cross back to Delph, who’s now in the box. At this point, Delph would run off the face of the Earth if he had to. Then, Delph becomes Bergkamp and dispels everything you and I learned in any high school science or math class. The ball’s in the net, and the six Chelsea players in the box have no idea how to react.

In addition to briefly calling into question everything we know about the laws of the universe, Delph also played a very good game against a very good team — he drew the yellow card the got Willian sent off, hit the crossbar with another shot, dribbled past four guys, and created two chances. He’s quietly had a nice season, and for a player once tabbed for English greatness, it’s a little reminder that “Hey, I’m only 24 and I’m pretty good at this!”

It’s also a reminder that things are still insane and even the best teams in the English Premier League are still forced to play 11 flawed human beings at a time.

At about this stage of last season, Delph was suspended for his 10th yellow card. Afterward, he said, “Football is a lot more technical [today] and a bit more sensible.” A year later, we’ll agree with the first part.