Draw It Up: Green Bay and the ‘Dig’ Pattern 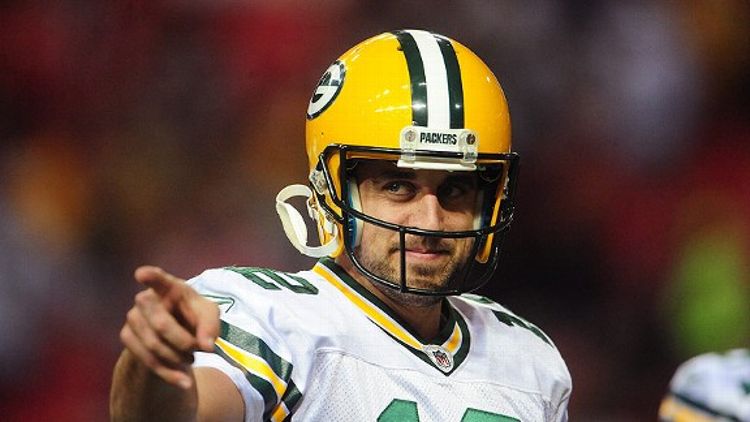 Through the first four weeks of the season, Aaron Rodgers and the Green Bay Packers made it look easy, tossing passes over and between defenders, and generally making them look silly. Missing both starting tackles and trailing at halftime on the road on Sunday, though, the Packers’ game against the Atlanta Falcons had seemed anything but. That all changed when Rodgers zipped a pass to a streaking James Jones down the middle to take a slim lead (slimmer still because Packers coach Mike McCarthy chose to go for an ill-timed two-point conversion, which failed.)

The Packers would take control of the game later, when Rodgers hit Greg Jennings for a spectacular 39-yard catch-and-run early in the fourth quarter. Once Jennings got the ball, it was all talent and speed in space. But it was what led up to Jennings’s acrobatics that give him the chance to do something spectacular. Indeed, the play was classic Packers and Aaron Rodgers: When they aren’t spreading the field with four or five receivers, they’re packing it in and going for the play-action pass.

The Packers aligned in an old-school I-formation, with the tight end to the left and Jennings split wide to the right. The Falcons lined up in a true Cover 2 or “two deep” shell: two deep safeties, two cornerbacks playing close to the wide receivers (whose job it was to funnel them inside to the linebackers and safeties), and four defensive linemen and three interior linebackers. The goal of the play for the Packers was to fake a run play — here, the lead-zone to the weak side, i.e. away from the tight end — in order to suck up those linebackers who are itching to stuff a run play. Meanwhile, the receivers ran the old-school “dig-post” concept, a passing idea as old as football itself: one receiver goes deep down the middle while another from the opposite side of the field breaking across at 15 to 18 yards underneath the deep receiver. Here, Jones ran the deep route while Jennings came across on the deep in route, known as a “dig” pattern.

But this is only a two-man route; for it to work, those other defenders — particularly the Falcons’ linebackers — have to be convinced it is a run play and take themselves out of pass coverage. And the Packers did just that. As Bill Walsh explained, the play-action pass is probably the best play in all of football, but it only works if the entire team is committed to selling the fake. Obviously a good fake by the quarterback is important, but what you’re doing on a play-action pass is messing up the linebackers’ reads, and they only sometimes (or tangentially) read they quarterback. More often, they are reading the offensive linemen to the running backs, and those are the players that all too often give away that the play is not a true run but is instead a pass play. But the Packers’ do an excellent job: instead of immediately popping their heads up and sinking back on their hips as they would in pass protection, Green Bay’s linemen fire out low and flat, making it impossible to detect the play’s true intent.

Similarly, the running backs fire out as on a run play. Indeed, the fullback, John Kuhn, does such a good job looking like he’s making a run block that that’s what he effectively ends up doing, as the linebackers fly up. With the linebackers out of position, the rest is basic for Rodgers: throw a simple pass to a wide-open receiver breaking across the middle, and let him do the rest.