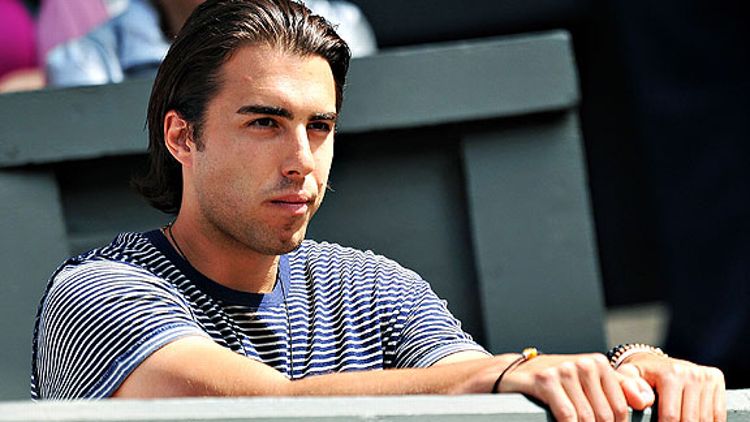 As I watched Sasha Vujacic cheerlead for Maria Sharapova at Wimbledon, I couldn’t help but think, “Sasha Vujacic? Really? The guy with the shoe string headband? The guy whom the Lakers traded away because he was worse than Steve Blake?”

Whom do professional athletes deserve to date? Are they allowed to search for someone who “truly makes them happy” or are they forced to evaluate their legacy when they select a partner?

I can confidently say that Reggie Bush and Kim Kardashian made more sense than Kris Humphries and Kim Kardashian. I imagine Kris Humphries’ annual salary would not even cover the price of her desired wedding ring. Kris and Kim will not end well, sort of like how Hank Baskett and Kendra Wilkerson had to withstand a barrage of divorce rumors after he lost the Super Bowl for the Colts. Now he can’t even make an NFL team. How could he possibly make it work with someone who is more famous than him?

One day, online dating sites will find the perfect compatibility metric and all these questions will be answered. Just as we now know Scott Hatteberg was valuable, we will eventually know whether or not Sasha Vujacic’s career 3-point percentage was good enough to deserve Maria Sharapova.

Until then, we’ll just have to use our intuition.

In this golden era for the armchair sports psychologist, we must continue to analyze the off-the-field decisions made by athletes in order to fairly rate their performance. It is our duty as sports fans to figure out who deserves whom and who might be playing out of his or her league. For the time being, Sasha Vujacic doesn’t deserve someone as beautiful and talented as Maria Sharapova. He can’t hold his own on defense or contribute significant minutes to a playoff team. A guy like that deserves a one-night bender with Kristin Cavallari. If he wants to stay with Maria, he must “rebrand the relationship,” and either contribute to a winning team or reveal something about himself that makes us all think he is a great guy who deserves everything he gets.