Destroy and Rebuild: The NFL’s Reconstructed Position Groups With the Highest Upside 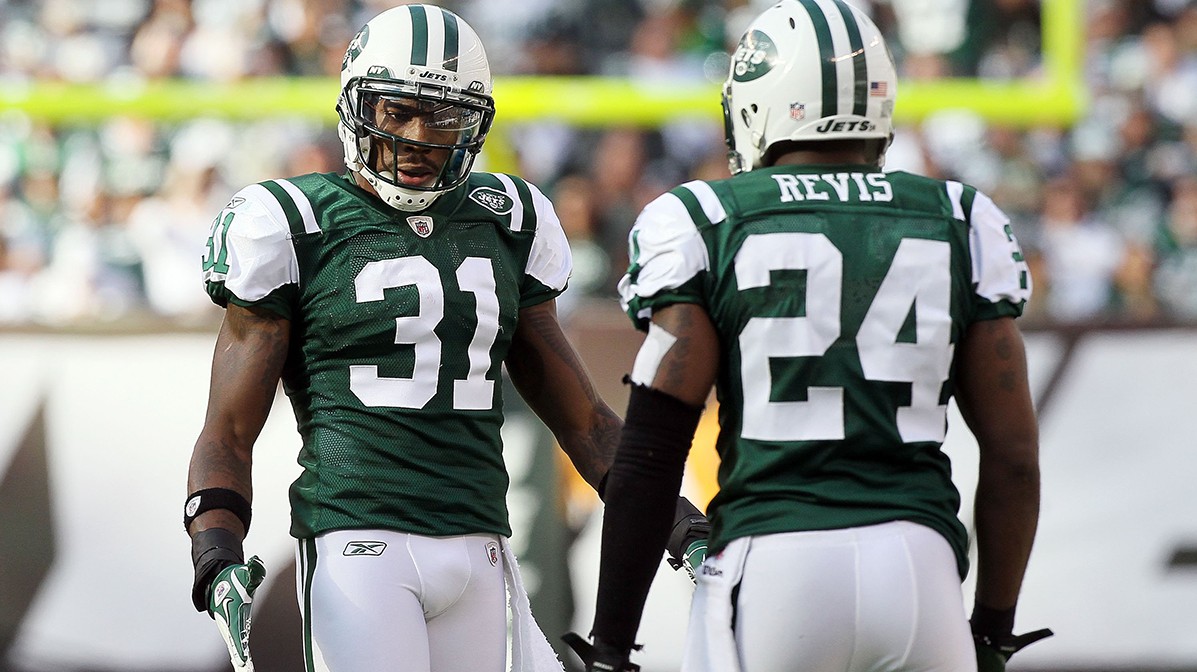 This is the NFL’s season of hope, when optimism is high and knowledge is fuzzy at best. The players who look good in OTAs are not often the ones who end up looking good when the actual games begin. June is mostly a chance for everyone to talk about how great a new offense looks or how comfortable a certain guy is as he learns a new position.

One hint that talk can provide, though, is an early look at who might be starting for the teams that have done a lot of shuffling in the offseason. Moves in free agency and the draft can give some indication of what teams are planning to do at certain spots, but actual practices offer insight into who might be lining up where when real football starts. Nowhere are those hints more important than with the position groups that have almost completely turned over from last season. OTAs are a chance to get a first look at what a revamped unit might look like. These are the groups that have seen the biggest turnover, and what we can expect out of them.

The full-scale makeover happening to the back end of the Jets defense was a major topic during free agency, and with good reason. This kind of turnover in a single unit just doesn’t happen all that often, and the Jets’ brand of change happens to involve some of the bigger names at the position. New York finished 24th in pass-defense DVOA last season, despite having one of the best defensive minds in football at the helm and a top-tier defensive line. Revis, Cromartie, and Skrine all got deals early in free agency as a way to turn that around. The front office has given Todd Bowles the same sort of personnel he enjoyed in Arizona last season, and top to bottom, this is the best front seven he’s ever had at his disposal. Of all the major changes around the league, this group probably has the best chance to make a significant leap in year one.

Really, the entire Washington defense is going to look a lot different this year, both up front and in the secondary. Three-quarters of the secondary turned over this offseason, but the front five could leapfrog that rate, depending on how the Murphy-Smith situation plays out. Murphy, in his second year, is currently slated to start alongside Ryan Kerrigan, but new general manager Scot McCloughan spent a second-round pick on Smith and has no real ties to Murphy.

Overall, the moves made up front seem designed to inject some life into the Washington pass rush. Paea was very effective as a penetrating 3-technique tackle for the Bears a year ago, and although he’ll be changing positions somewhat in Washington’s defense, Jason Hatcher made a similar transition last year with only a slight drop-off. Even Terrance Knighton provides a boost as a pass-rusher over most nose tackles. McCloughan is likely hoping that bringing in Chris Culliver, Dashon Goldson, and Duke Ihenacho will help Washington improve a pass defense that finished dead last in DVOA, but finishing better than 19th in sack rate is another way of making that happen.

With most of these groups, the concept of a “starter” is fluid. The reason there had to be any turnover at all is that inconsistency and inability to find a consistent answer meant change. That’s not the case with the Eagles. Philadelphia had four players in its secondary see more than 1,000 snaps last year — a defined starting group that played together nearly the entire season. And now, three of those players — Fletcher, Williams, and Allen — are gone.

Allen got a … we’ll say “healthy” deal to play safety for the Raiders, but both Fletcher and Williams were signed as depth options, albeit for the two teams that played in the Super Bowl. Fletcher was sort of a nightmare down the stretch, getting barbecued on national TV by Dez Bryant two weeks after Jordy Nelson cooked him for an afternoon at Lambeau. By the end of the season, the meat was falling off the bone. Williams’s tenure in Philadelphia, which involved a sizable deal after helping the Ravens in their Super Bowl run, will be remembered mostly for sconces and practice fights.

Replacing Williams on the right side is the handsomely compensated Byron Maxwell, who turned his time with the Legion of Boom into a six-year, $63 million deal with $25 million guaranteed. It’s a familiar scenario for a former no. 2: getting paid like — and being expected to play like — the top guy. Across from him will likely be second-round pick Eric Rowe, who played safety early in his career at Utah before moving to corner as a senior. At 6-foot-1, he has the body type the Eagles coaches are looking for on the outside, and in him and Maxwell, Bill Davis will have the length he covets at his corner spots. Defensively, better play from the secondary is really the last piece the Eagles are waiting for. They finished seventh in run-defense DVOA last year behind one of the deepest lines in football, and their pass rush was among the best in the league. If Maxwell and Rowe provide a significant upgrade, the Eagles defense has a chance to be among the best in football.

I’ll admit this one is sort of cheating. The Broncos didn’t expect to be without Ryan Clady this year, but after a torn ACL during OTAs, Denver is facing life without three of its starters from the 2013 offensive line. Clady, who missed most of the 2013 season with a Lisfranc injury, didn’t play like his old self last season, but he was still a reliable left tackle who provided a known quantity as the Broncos moved to Gary Kubiak’s offense. Now, the entire left side of the line tasked with protecting Peyton Manning will be composed of new bodies.

That begins with Ty Sambrailo, the Broncos’ second-round pick, who now looks to be their starting left tackle. The book on Sambrailo coming out of Colorado State is that he had great feet and movement skills, which make him an ideal fit for Kubiak’s scheme. But his weaknesses are apparently his ability to hold up against power, and I’m sure he’ll see plenty of bull rushes when Terrell Suggs comes to Mile High in Week 1. Aside from the rookie on Manning’s blind side, Smith and Gradkowski are replacing two very solid starters from a year ago at left guard and center. Manning has said all the right things so far about how much he’s enjoying Kubiak’s offense, but right now, there’s reason to be worried for anyone who roots for the Broncos or Manning’s health. The idea of Manning living life under center was already hard to imagine, and now the Broncos are down one more lineman that would help build a running game to protect Peyton. 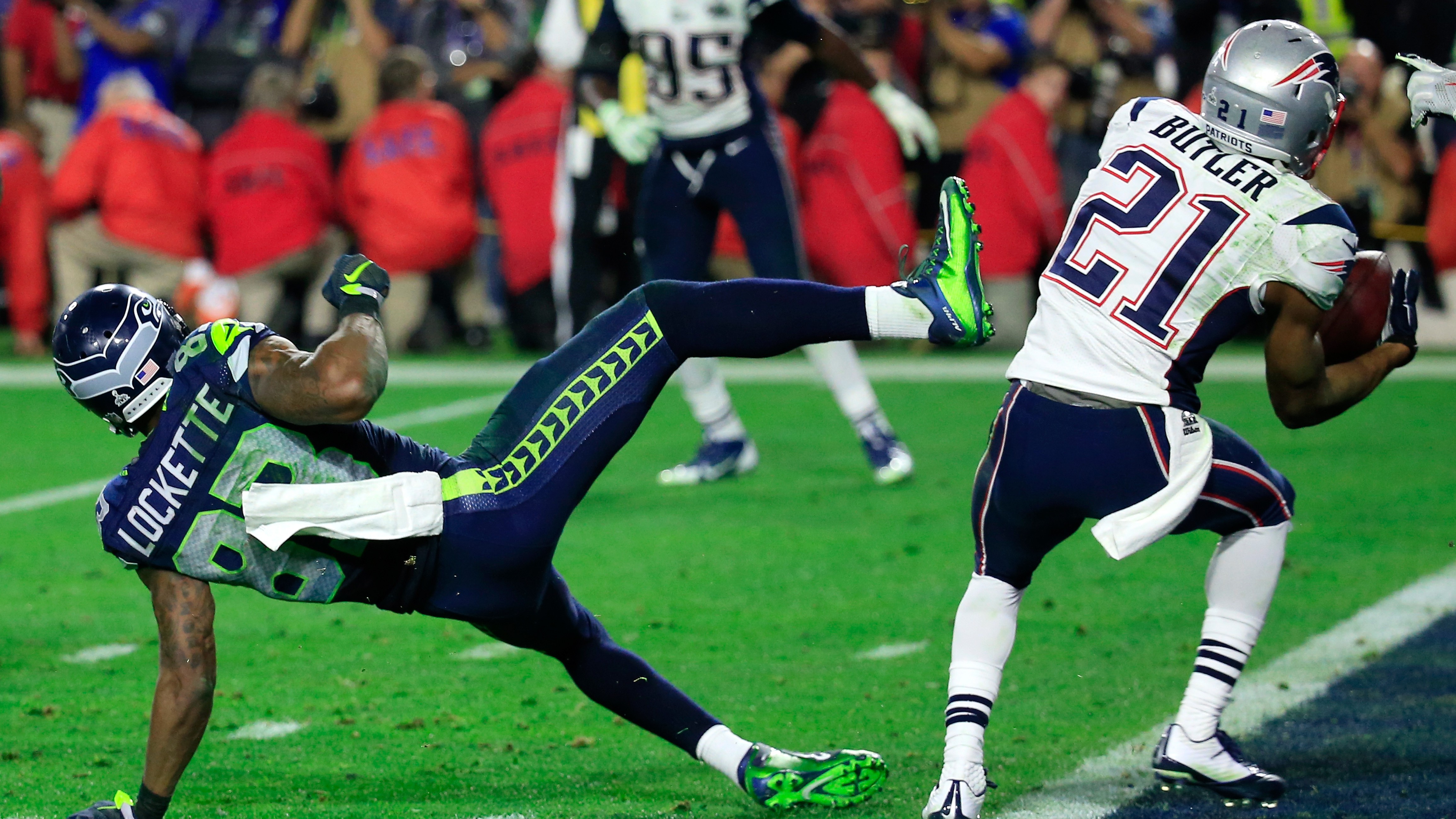 Among all these groups, New England’s cornerback situation is the biggest head-scratcher. Logan Ryan, who was starting for Brandon Browner by the end of last season, will get the nod at one spot, but after that, it’s hard to even guess. Bradley Fletcher, discussed above, has the most experience of anyone else in the race, so there’s a good chance he gets the first shot to start opposite Ryan. Super Bowl hero Malcolm Butler hasn’t yet practiced during OTAs, according to the Boston Herald’s Jeff Howe, because he was late to the first day of practices after missing a flight. It’s reasonable to think that when it all shakes out, Fletcher, Ryan, and Butler will be the three starters come Week 1. But right now, it’s hard to say.

Aside from giving Ndamukong Suh half of Florida, the Dolphins’ main priority this offseason was putting together a group of receivers that might bring the best out of Ryan Tannehill. Miami was nothing short of awful on throws downfield last season, completing just 25 percent of passes that traveled 20 yards or more and finishing with the league’s third-worst QBR on those throws. Only Alex Smith and Derek Carr were worse. Enter Kenny Stills. Stills may not have the speed that Mike Wallace does, but he tracks the ball downfield better than just about every receiver in the league. What Jarvis Landry brings to the table is essentially a perfect complement to Stills. He’s an underneath nightmare — a relentlessly quick, excellent route runner who should be a security blanket for Tannehill for years.

Miami brought in Jordan Cameron as Charles Clay insurance, and with Clay off to Buffalo, the Dolphins still have a high-end receiving tight end if Cameron can manage to stay healthy. Along with Greg Jennings, that group on its own had a chance to be a solid collection of receiving talent, but the Dolphins decided to do one better and bring in DeVante Parker with their first-round pick. Despite the varied skills of the corps, none of those players projected to be a true no. 1 receiver for a high-quality NFL offense. That’s the promise that Parker provides. This group, perhaps more than any other, has a chance to take a massive step forward from where they were a season ago.

'The Lowe Post' Podcast: Brent Barry on Game 4 and Beyond