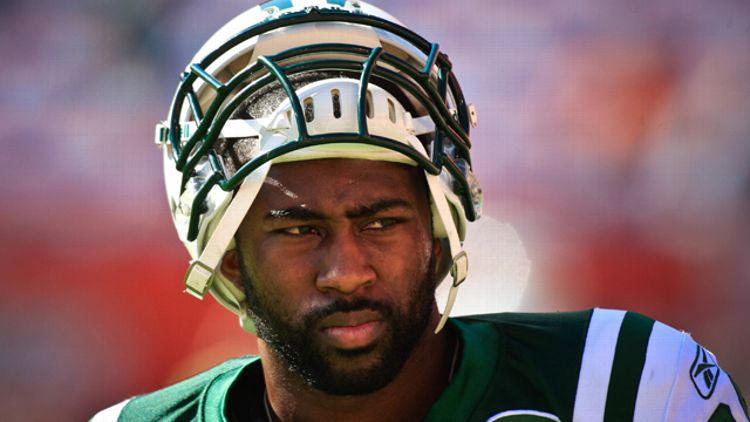 Bill James wrote that about the Oakland A’s after they traded Henderson to the Yankees before the 1985 season. As the Jets and Buccaneers negotiated terms for a possible Darrelle Revis deal for weeks (almost entirely through leaks from “unnamed sources” in New York newspapers), I kept coming back to that paragraph from James. I don’t know whether this trade will end up being what any of the parties involved hope it will be. I just know that it’s depressing to have something as wonderful as Darrelle Revis and then give it away for some unknown quantity. It’s just too difficult to get another Darrelle Revis.

I had Revis sixth in the NFL Trade Value Rankings before his ill-fated 2012 campaign, so in that sense, getting the 12th overall selection in what is widely considered to be a weak draft and a third-round pick in the 2014 edition is a dismal return. Many of the variables in evaluating Revis have shifted in the ensuing eight months, of course, but the issue that sapped Revis’s market value existed long before he went down with a torn ACL on September 23.

The logic behind this trade and the relatively small return the Jets got for their star player are steeped in the same concept that has popped up time and time again this offseason: leverage. Leverage is everything in valuing and evaluating players, and the Jets had none with Revis. When ex–general manager Mike Tannenbaum renegotiated Revis’s contract to end a training camp holdout before the 2010 season, he ripped up the former first-round pick’s rookie deal and gave him a four-year, $46 million deal that echoed many of the let’s-worry-about-it-later sentiments that eventually would become Tannenbaum’s calling card. Even though Revis had little leverage beyond his holdout, Tannenbaum gave him a huge per-year dollar figure and threw in two concessions that made a Revis trade an inevitability. First, by giving a 25-year-old superstar a four-year contract, he made it all but sure that Revis would get one more mammoth contract before he hit 30 and exited his prime as a player, a deal that would either come from the Jets or from the free market.

More notably, Tannenbaum made the disastrous mistake of allowing Revis a clause that would prevent him from being slapped with the franchise tag when his contract voided after the 2013 season. That slight concession meant the Jets would have to negotiate a new deal with Revis after the 2012 season or run the serious risk of losing their best player for nothing more than a compensatory pick. Tannenbaum likely figured he would perform some cap wizardry and sign Revis to a long-term deal with a low base salary and a huge bonus at that point; but his expenditures and obligations elsewhere have made it close to impossible for the incoming John Idzik to create the sort of cap room needed to give Revis a new contract. That — not Revis’s ACL injury, which wasn’t accompanied by significant trauma elsewhere in the knee and isn’t the death knell it once was — drove down Revis’s trading price. In 2013, knees can be fixed. Desperate negotiating situations cannot.

If you’re a Jets fan looking for some silver lining to the deal, consider that the New York defense wasn’t all that bad last year, even with Revis on the sideline after Week 3. The Jets still managed to rank ninth in defensive DVOA, with Antonio Cromartie serving effectively as a poor man’s Revis. You can point out that Revis went from being a very good cornerback to being a transcendent one only after Rex Ryan arrived in 2009; maybe Ryan coached Revis up into something bigger and better than he will be in Tampa Bay. Maybe that ACL injury will be worse than it seems. Revis sure seems to hold out or threaten to hold out a lot. He probably makes the rest of the team feel inferior. If these sound like devil’s advocate arguments, it’s because they are. It’s almost impossible to justify trading one of the best players in football without contorting yourself into impossible leaps of logic.

Enter the Tampa Bay Buccaneers, then, a team that represented the perfect landing spot for Revis. In stark contrast to Tannenbaum’s run in New York, Buccaneers general manager Mark Dominik got the job in 2009 and immediately began stripping his team of large contracts. During the uncapped 2010 season, the Buccaneers spent just $80.8 million on their cap, the lowest figure in the NFL. That might have made sense in football terms for a hypothetical 8-8 team, but it also gave birth to the conspiracy theory that Dominik had to cut costs so the owners, the Glazer family, could devote their financial resources to their other franchise, mammoth soccer team Manchester United. In any case, once the league announced the introduction of a gradual salary floor as part of the new CBA, it was clear the Buccaneers would need to start spending money.

Last year, that brought them Vincent Jackson and Carl Nicks in free agency. This year, they’ve focused on improving their porous secondary, which ranked 26th in pass defense DVOA and 29th in passing yards allowed per attempt. Each of those figures were worse after the Buccaneers traded Aqib Talib to the Patriots in midseason, which stripped the team of its best cover corner. The Bucs made their first move in March by locking up 49ers safety Dashon Goldson on a five-year, $41.25 million deal that was an overpay, but one that genuinely represented an enormous upgrade on the likes of Ronde Barber and Cody Grimm. He joins 2012 first-round pick Mark Barron in what should be a top-shelf group of starting safeties.

And now they’ve added Revis. It remains to be seen how they’ll use Revis — and whether he will be his old self after he returns from that torn ACL, especially at the beginning of the 2013 season — but he should be a defense-defining superstar. If Revis can continue to handle his side of the field without any help, that should allow the Buccaneers to shift Goldson toward Eric Wright’s side. Wright was miscast as Tampa Bay’s top cornerback after Talib left last season, but he should be a perfectly competent second corner. The Buccaneers remain thin behind those two, so don’t be surprised if they use one of their remaining draft picks on a nickel corner or go after one of the remaining veterans left in the free-agent pool.

Revis’s presence should also help an anemic pass rush get home. Tampa Bay sacked opposing passers on just 4.1 percent of dropbacks last year, which was the second-worst rate in football. That was partly due to the absence of Adrian Clayborn, who missed the final 13 games with a knee injury, but a healthy Revis will give everyone more time to work toward the quarterback. He should also allow defensive coordinator Bill Sheridan to dial up blitzes more frequently without having to worry about his secondary being burned for a big play. On third-and-5 or longer in two-score situations last year, the Buccaneers were terrible. They allowed opponents to convert 35.1 percent of the time while giving up 7.6 yards per play, each of which ranked in the bottom five. Is it any wonder that a defense that couldn’t get off the field blew five second-half leads (including four in the fourth quarter) and fell apart in the final two months of the 2012 season?

That leaves the small issue of Revis’s new contract, a deal which seems more like a stopgap than anything else. It’s a new six-year, $96 million pact with absolutely nothing guaranteed. Revis gets an unchanging base salary of $13 million per year with $1.5 million each in roster and workout bonuses for each year he’s on the roster. From Tampa Bay’s perspective, the deal eliminates much of the downside risk. If Revis isn’t the same player after his ACL tear, the Buccaneers can cut him at any point without owing him another dime or having any acceleration onto their cap for that year. There’s huge value in that, and it’s surprising Dominik was able to get away with structuring the deal that way. Revis, meanwhile, can collect an annual base salary that exceeds the current franchise tag figure by more than $2 million. If he returns to his previous level of performance, expect Revis to start angling for a new deal as early as next offseason and to receive one (with a more traditional structure) before the 2015 season.

While I think I can explain why the Jets did what they did, and I can understand why Idzik thought this was the best option available in the team’s current situation, I can’t condone the trade. Like Rickey Henderson back then, Revis is a Hall of Fame player in the prime of his career. James’s other memorable quote from the 1985 Baseball Abstract sums up how I feel about Revis: