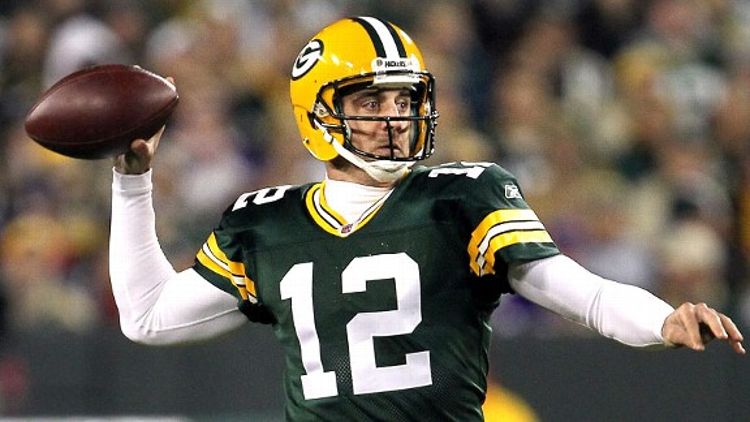 Wow — what a week. I lost every single proposition wager I handed out. And if that isn’t bad enough, once again I wasn’t named People’s Sexiest Man Alive. Ever notice that only goes to famous people? Weird. Enough about sexy men. Let’s get back to something I know perhaps even less about — wagering on the NFL. The Week 10 collapse puts me at 54,500 jermajesties* overall.

Do I plan on getting it all back this week? Of course I do. Is that going to happen? Almost definitely not. Check these out anyway.

Tim Tebow over 144.5 passing yards (-105)
Why is everyone celebrating this Tim Tebow character? The guy is single-handoff-edly ruining the game we all love. He had only two completions last week! Two! Makes no sense to me that a man so dedicated to the Hail Mary is so averse to throwing one. Question — if Heather Mills had won Dancing with the Stars with one leg you’d be outraged, right? (Pretend for the purposes of this flimsy analogy that you would.) Whatever you believe — I have to think the era in which Tim Tebow embarrasses the sport by winning despite only displaying half the tools to be successful as an NFL quarterback comes to an end tonight. The Broncos will play from behind, forcing the apple of The Lord’s eye to throw the ball in a forward direction. Suffer with me and take the over. 20,000 jermajesties

Packers (3/1) most points
I know – the odds are low. Probably because Green Bay has scored more than 40 points in almost half their games (four out of nine), including running it up for 45 points the last two weeks. We like to remember the Bucs defense fondly because of how tough they were in their glory days. I prefer to remember the Bucs defense as the sluggish gridiron sloths who gave up 48 and 37 to the 49ers and Texans. Go ahead and give Aaron Rodgers the MVP trophy during warm-ups. 6,000 jermajesties

Chris Johnson will be Sunday’s leading rusher (20/1)
Just stare at this one for a second. What if, by chance, the old Chris Johnson happens to show up and you didn’t collect on the gift of 20/1 odds bestowed by the Gambling Gods? You would hate yourself. It’s easier to jump on this one and hate me when it loses. 1,000 jermajesties

Will Rob Gronkowski score a TD this Monday night? (-115)
This one seems too easy to bet “yes” so I’m going with “no.” And here’s the only reason why. One of my four fantasy team’s playoff chances are hanging by a thread. I have both Hernandez and Gronkowski. I’m starting Gronkowski. Guess who gets the red zone targets this week. 30,000 jermajesties

Now for some nonsense …

Over/under 194.5 yards rushing for Redskins running back Tashard Choice this Sunday against his former and my beloved Dallas Cowboys
I think they call this the reverse jinx. I’m terrified at the prospect of the Redskins offense waking up from its month-long coma. Pull the plug D Ware – pull the plug!!

Even odds as far as who I would rather take to Vegas with me — Falcons coach Mike Smith, who gambled and came up empty in OT last week on 4th and 1 from his own 30, or the Saints team captains, who this season have lost all their coin tosses?
Tough decision but I’d have to take Coach Smith. Every straight coin toss?! That’s astounding! Not to worry – Saints coach Sean Payton is spending the majority of the bye week having his team master coin-flipping with the help of marathon viewings of this Javier Bardem scene in No Country For Old Men.

Number of tweets I received this week lambasting me for suggesting people should wager against the NFC West whenever they play outside their division vs. the number of days it took before all four NFC West teams won on the same day – last Sunday.
A little clunky – I know – but you get the point. I’m pretty sure both numbers are in the high five figures. Heaven forbid I make fun of the juggernaut NFC West. You know what they say. Even a broken division is right every nine years.

5/2 odds that a Giants wide receiver is present anytime a gun goes off in a New York City nightclub
Whether it’s Plaxico or Victor Cruz — the Giants need to commit in one direction or the other. Either ban your players from going out to nightclubs or sign C-Murder and Yo Gotti to your practice squad.

Even odds that you would you rather remain kidnapped by evil Venezuelan bandits vs. be rescued with the knowledge that you were still under contract to play for the Washington Nationals?
Welcome back to civilization, Wilson Ramos. Incidentally, this observation was much funnier to me before I realized the Nats finished 3.5 games ahead of my miserable Mets.

Under .0000179 seconds — the time it would take for me to respond to the question “are you sexually attracted to young boys?” with an emphatic “NO!!”
If you think about it, a good portion of criminal culpability can be figured out merely by using mathematics. Of course one could always lie, but if you stammer and delay your response to a question of this nature Bob Costas himself should be empowered to deliver the lethal injection.

3/1 odds that NBA TV actually ends up airing at least one of these fake programs as seen on Jimmy Kimmel Live!
Honestly — who wouldn’t watch the Kardashelorette? You’d have to be a hardcore bubble-booty hating communist to stay away from that one.

That’s that. Enjoy Week 11. And enjoy National Unfriend Day even more. Do your part and get rid of the Facebook “friend” who insists on posting an update every time he’s done tweezing his nostril hair. You won’t miss him. I promise. That’s a guaranteed winning bet.