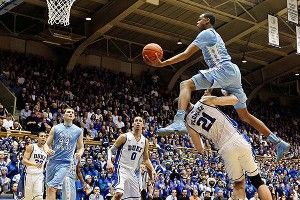 It’s here. March Madness. Other than the NBA playoffs, MLB playoffs, and every single week of the NFL schedule, it’s absolutely my favorite thing to bet on. No question. Although thinking back now, I can’t remember a time when I wasn’t completely broke before the Sweet 16. But that’s neither here nor there.

The gambling gods have provided us with a thorough menu of hoops props, and we must, as degenerate Americans, act accordingly. So if for some reason the exorbitant price of roses, gas, and the Giants’ never-before-seen full-of-crap lucky Super Bowl run (sorry — I had to get one more in) hasn’t left you penniless, feel free to have fun with these.

There will NOT be a buzzer-beater during the Thursday/Friday games (-140)
I know what you’re thinking. Why root against the most exciting play in basketball? Let me introduce myself. I’m the a-hole who bets the “don’t pass” line at the craps table. The kid who grew up a Rowdy Roddy Piper fan and rooted for the heel wrestlers because all my friends hated them. In other words — I’m the ultimate contrarian, and unfortunately that bizarre and annoying characteristic extends to my gambling habits. The truth is, I’ve lost this bet five years in a row, and the only reason I won’t shy away from it is because I know that as soon as I do, it will win. (Side bet: over/under 3:39 p.m. EST on Thursday before I lose this wager again.)

North Carolina to win the NCAA Championship (6/1)
The Tar Heels are a fearless scoring machine. More important, they’ve been shipped to the easiest region in the bracket. There’s a good chance their run can include Vermont, Alabama, and Ohio. That takes them halfway to the net-cutting ceremony. Coach Roy Williams will lead Tyler Zeller and the up-tempo offense the rest of the way. Besides — President Obama also picked UNC, so don’t be surprised to see Seal Team Six take out Kentucky’s Anthony Davis in the championship game.

ACC over 7.5 wins (-180)
This is my favorite of all. Looking at my bracket now (which, as of Wednesday night, is still perfect), I have the ACC racking up a total of 12 wins — a good deal more than 7.5. Of course, my high hopes for UNC account for six wins. Duke is almost always a shoe-in to make the Sweet 16. Florida State’s strong defense should get them a couple of victories. And there’s a solid chance Virginia and/or NC State makes it to the first weekend. This conference is tougher than people think — my bookie included.

Wisconsin to win the East Region (7/1)
This past Oscar Sunday, I parlayed Ohio State to beat Wisconsin with Meryl Streep to win the award for Best Actress. Sounds like a lame attempt at a joke, but it really isn’t. What was a joke was how much better Wisconsin played than the Buckeyes. With Syracuse losing Fab Melo, it appears as if these two squads are on a collision course to meet again in the East Regional finals. This tough road team benefits as Jordan Taylor and the stingiest defense in the country win the region. Cheeseheads rejoice!

Belmont +3.5 over Georgetown
Remember what I said about my being a casino contrarian? Let’s examine: A 14-seed vs. a 3-seed and the 3-seed is only favored by 3.5 points? Of course the 3-seed is the play here, right? Wrong! This is the ultimate trap game. Only 3.5 points … to beat a racetrack?! Speaking of racetracks — I would rather be a horse on the set of Luck than have money on Georgetown this Friday. This is the SUCKER BET of the tournament. I caution you to stay away. Or even better — take Belmont.

Over/under 12.5: times Dick Vitale utters something resembling this phrase: “Even with this glass eye, I can see that (insert Duke player’s name) was fouled on that play”
If there’s one thing Dickie V. loves more than defending Coach K’s Blue Devils, it’s bragging about the fact that he’s legally blind in one eye. Weird dude.

Over/under 0: NCAA games the annoying girl in accounting —who wins your office pool and whose picks are based solely on which team has a cuter mascot — has seen this year
I know the number is low, but I’m still betting the under.

7/2: odds Gus Johnson suffers a stroke in his den after excitedly calling a tournament game for his family
The NCAA tournament without Gus Johnson is like an episode of The Bachelor without a gratuitous helicopter ride. Nice work, CBS. This ranks right up there with picking up the New Adventures of Old Christine pilot. Anyway — I pray this fake prop doesn’t win — mostly because it probably means my “no buzzer-beater” bet will have gone down the crapper.

75,000,000/1: odds that The Worst Sports Team On TV as seen on Jimmy Kimmel Live! gets a lucrative deal from ESPN covering the tournament next year
Fingers crossed — if Linda Cohn can teach the Butter Lady a few “And oh by the way”s, they might have a shot.

That’s that. Enjoy the tournament.