The Wake: Coming to Terms With Ray Allen’s Celtics Exit 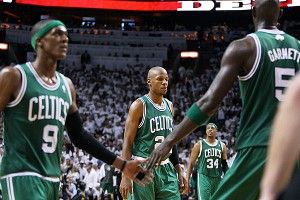