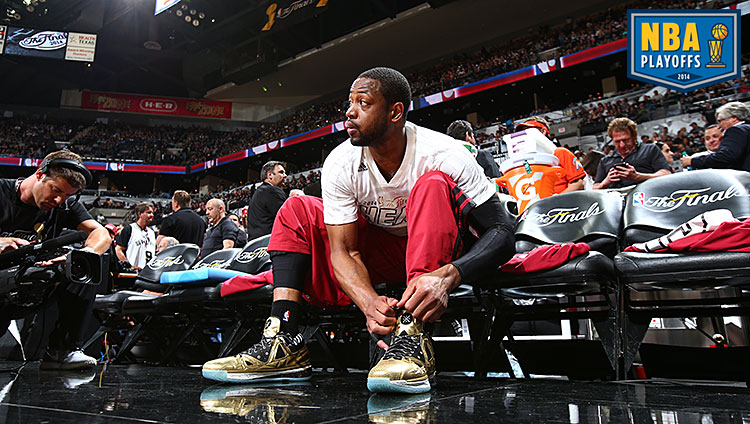 The enduring image of the 2006 NBA Finals is Dwyane Wade careening his way through the paint, to the free throw line, and past the Dallas Mavericks on the way to his first championship. He scored 35 points per game in Miami’s six-game triumph and was named the MVP of the series.

In 2014, Wade is still one of the most effective scoring guards in the league, but his game is vastly different now. Part of that has to do with age and maturity; part of it has to do with sharing the floor with LeBron James.

Some key elements of Wade’s game have evolved over time. He has become both more active and effective in the paint, and a lot less active from long range. As a shooter, Wade has always preferred the left side to the right, but he’s also tweaked his game a bit each year. He won the scoring title in the 2008-09 season when he set career volume marks for shots at the rim, long 2s, and attempts from beyond the arc. Back then, he was obviously the primary scorer in Miami, and only 26 percent of his field goals were assisted. However, the biggest shifts in his approach coincided with the arrival of LeBron James and Chris Bosh in 2010. There would be no more scoring titles for Wade, and he’d have to learn to share shots and play off the ball. 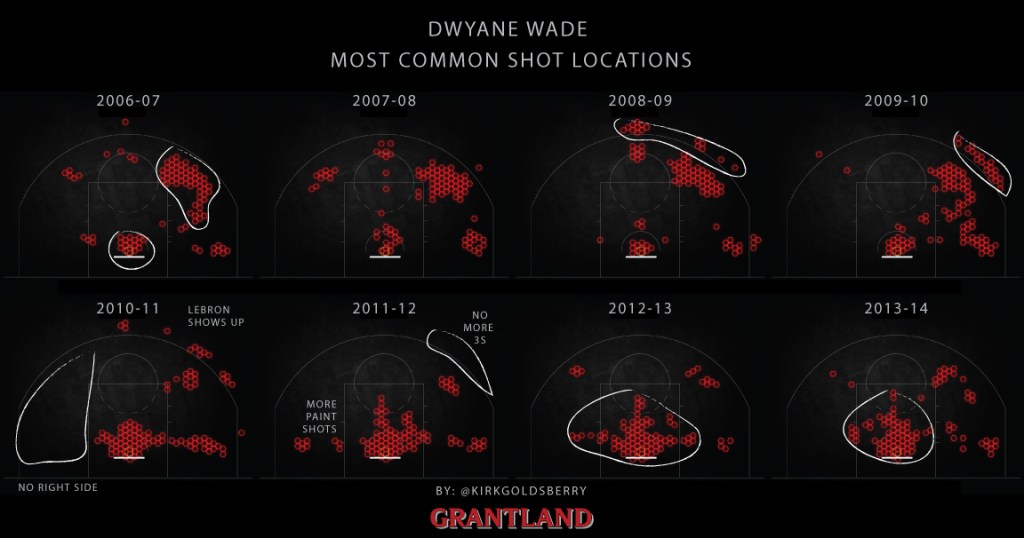 Before the Big Three era, Wade not only was the team’s primary ball handler, he was a much more perimeter-oriented scorer. When James came on board, Wade’s game began to transform. It had to. Like his new teammates, Wade had never really had to share the ball. There were some growing pains, but Wade eventually learned to become one of the best off-ball cutters in the league. These days, more than 40 percent of Wade’s baskets involve an assist.

When James or another teammate has the ball, Wade makes smart, quick, and well-timed cuts into the paint, like this:

Wade’s evolution as a cutter has been a boon for Miami. Per Synergy Sports, the Heat score a whopping 1.5 points per possession on plays that involve Wade as a cutter.

Wade remains a uniquely effective backcourt scorer. During the regular season, only two qualifying guards in the NBA made more than half of their shots: Goran Dragic (50.5 percent) and Wade (54.5 percent). Although he hardly ever shoots 3s — rare for a 2-guard these days — Wade has done an admirable job of maximizing his efficiency with freakish conversion rates inside of the arc. 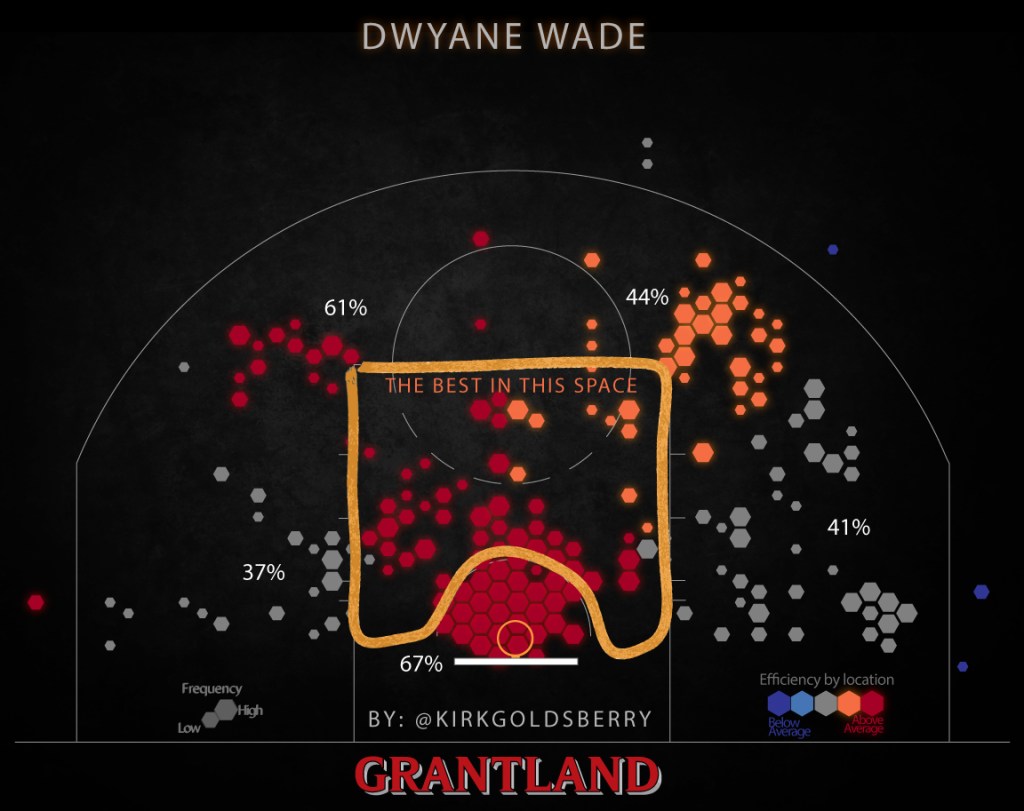 Not only is he one of the best scoring guards at the rim, he’s become one of the best shooters in the league in the little, awkward spaces between the restricted area and the free throw line. During the regular season, of the 109 players who attempted at least 100 “non–restricted area paint shots,” Wade ranked first in efficiency, converting 55 percent and edging out his old nemesis Dirk Nowitzki for the top spot. Wade’s blend of athleticism and basketball intelligence enables him to get clean looks near the rim and his touch helps him to convert them. At age 32, Wade is still the best interior scoring guard in the league.

Wade is leaving a fascinating legacy. He’s been both a Finals MVP and the best player on a team that won only 15 games. To be fair, he missed 31 games of that terrible 2007-08 season, but played in 51. That disastrous campaign is a distant memory now, but it probably helped convince Wade he couldn’t win alone. At this stage, he happily plays Robin to James’s Batman, and he has dealt with the alpha-to-beta transition about as well as anyone could ask.