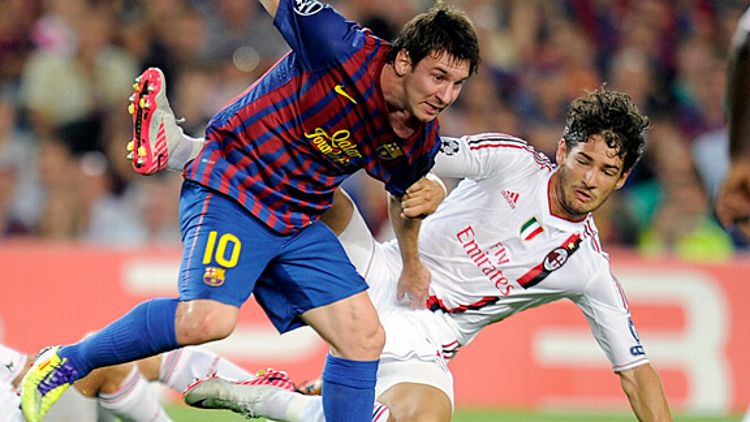 Like getting through a gorgeous wedding ceremony only to find out the reception has no open bar, the first matches of the UEFA Champions League group stages start with a lot of pageantry and wonder, only to be brought back to sobering reality.

It starts with stunning scenes of passionate fandom in stadiums like Borussia Dortmund’s Signal Iduna Park or Benefica’s Estadio Da Luz or Barcelona’s Camp Nou. There’s the mouthwatering prospect of getting to see up and coming players like Dortmund’s Mario Gotze play against Arsenal or Napoli’s Edinson Cavani play against Manchester City. Then the football starts and it’s … well, it’s group stage football. Which is to say it’s all a bit cynical and it’s about a cumulative, campaign-long result (finishing in the top two places in a four team group) not what happens on the field.

Manchester United’s manager, Sir Alex Ferguson, is fond of saying something along the lines of give us 10 points and we’ll see you in the spring. Which means holding serve at home and stealing a few away draws, advancing to the knockout stages of the competition. It’s the philosophy of most of the big European clubs and it can lead to some less than thrilling action. Thankfully, though, Match Day 1, which took place over Tuesday and Wednesday, provided some entertaining results.

First Look: The Onion's 'Get Out Of My Face'