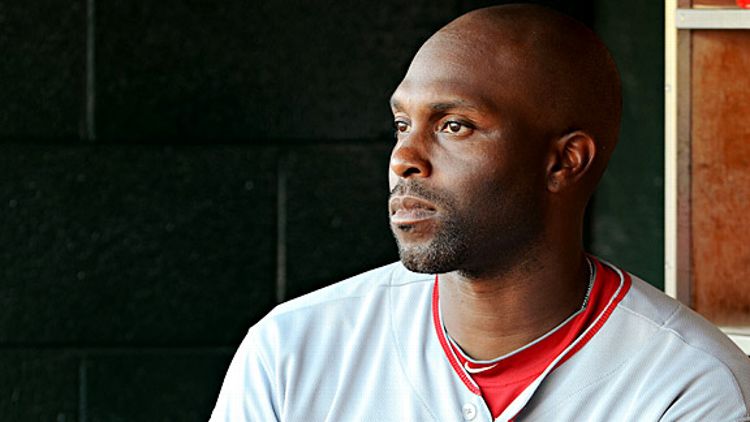 The Los Angeles Angels of Anaheim failed to upgrade their roster at the trade deadline, while the rival Texas Rangers made two big moves for relief help. The Angels remain in the thick of the AL West race, but they could definitely use some help. Here’s one intriguing option for a potential stretch-run boost: They could re-sign Air Bud.

Buddy, the protagonist of the film Air Bud: Seventh Inning Fetch, got his first taste of success (and Snausages) as a first-basedog at the junior high level. Performing a rigorous analysis of Buddy’s junior high performance is a nearly impossible task. baseball-reference.com includes stats for every level down to rookie ball, but has none for junior high. FanGraphs and Baseball Prospectus adjust minor league stats by level in making their projections, but neither tracks park factors this far down. There’s nary a POOCHCOTA to be found.

We do know that Buddy fared well enough in junior high to catch the attention of Angels scouts, given the movie’s final scene: a shot of Buddy catching the relay on a 4-3 double play, clinching the World Series for the Halos, sending their fans into fits of mild to tepid applause.

Buddy’s game-clinching play sealed his World Series MVP award, the first time a dog from the American Kennel Club’s Working group ever won this honor. It also cemented late-career Ryan Klesko as the slowest player of the past century. The Padres first baseman grounded into the World Series-ending double play, and was so unfit to run to first that a substitute player was used in his stead.

Will Buddy’s postseason heroics be enough to convince the present-day Angels to take a chance on their former star?

This rare footage of Buddy tells us a lot about his abilities, as well as his weaknesses. In his game-winning play, Buddy used his teeth to catch a, presumably, fairly hard-thrown ball from the second baseman. An impressive feat, no doubt. But even the most rigorous rawhide-chewing regimen couldn’t possibly make the canine’s canines strong enough to withstand the impact of the throw. This has obviously led to rumors of either performance-enhancing kibble use by Buddy and his staff, or perhaps the installation of special teeth, made of a special alloy. Major League Baseball has yet to render either scenario illegal, good news for Buddy and the Angels.

The more pressing concern is Buddy’s lack of defensive ability beyond throws made in the vicinity of his snout. Though estimates vary, breeders generally peg a golden retriever’s top speed at around 20 mph. That speed, combined with Buddy’s natural animal instincts, could make him the rangiest first baseman in the history of the game. Still, it’s unlikely that Buddy would have the pawual dexterity to make an accurate throw to a pitcher covering the bag. An even bigger concern is Buddy’s lack of height. An adult male golden retriever typically maxes out around 24 inches tall at the withers. Although Goldens are known for their excellent leaping ability (hence the nickname “Air Bud”), Buddy’s height disadvantage would make him the second-weakest player in franchise history on high hops, high line drives, or high throws (ahead of only David Eckstein). Buddy might be best used, then, as a DH and pinch-hitter.

Buddy’s offensive prowess is not something to be taken lightly. The doggie takes his cuts by clutching the bat in his mouth, facing away from the pitcher, then pivoting into the pitch at the optimal moment. Critics would note that Buddy’s swing plane would be severely limited, leaving him vulnerable to high fastballs, as well as diving splitters and change-ups. Any pitcher other than early-season John Lackey would have no trouble blowing pitches by Buddy’s feeble swings.

Of course, he’s under no obligation to swing. At just 2 feet tall, Buddy would be a full 19 inches shorter than Eddie Gaedel, the shortest player in major league history. Deployed for one publicity stunt at-bat by showman owner Bill Veeck, Gaedel flummoxed pitcher Bob Cain, who predictably threw four straight balls against the diminutive pinch-hitter. Given his even tinier strike zone, Buddy could walk every time, or close to it, against even the best major league pitchers, more than likely yielding an on-base percentage at, or close to, 1.000.

Those kinds of numbers would provide a huge boost to the Angels, who rank 21st in the majors in OBP. If the Angels were to make Buddy the everyday DH, look for Bobby Abreu and Vernon Wells (combined WAR of 0.4, combined 2011 salary of $32 million) to split time in the outfield. As far as what Buddy brings to the table in terms of intangibles, it’s tough to discount the positive affect he could have on the club house, especially with the recent demotion of teenage phenom Mike Trout.

The elephant in the room here is that there are a lot of question marks when it comes to signing a dog to play for a Major League Baseball team. The most recent footage of Buddy is from 2003’s Air Bud: Spikes Back, and while calls were made to his management, the current whereabouts and condition of Buddy is unknown. Other complications involve: How would the league and the player’s union handle Buddy’s age, given one human year equals seven dog years? Would Buddy become arbitration-eligible by next spring? Would he become a free agent before the end of the 2012 season? One imagines superagent Scott Barkas has already made inquiries, given the multiple, gigantic paydays his client stands to gain.

Whether or not Buddy decides to come out of retirement to lace up the cleats (he doesn’t wear cleats) to save the team he once took to the World Series is unclear, but it’s safe to say that we would all benefit from having more Buddy in our lives.