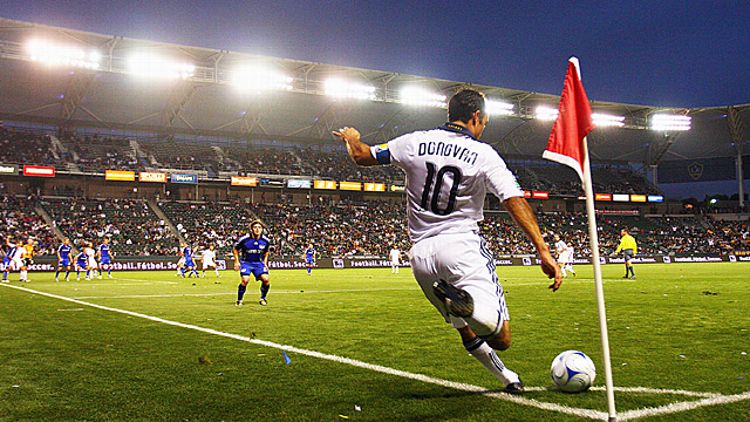 Spend enough time in American soccer circles, and a casual fan will inevitably ask why the United States hasn’t produced its own Lionel Messi. Which, of course, is an absurd question. The little Argentine followed a truly unique path to his otherworldly greatness, one that no country’s soccer program could hope to replicate. If they could, Spain and France and England and Germany and North Korea and everyone else would have done so.

A better question, perhaps, is why a nation with the most youth soccer players on the planet has not produced another Landon Donovan. Or, expanding the scope a bit, why no youth class has matched the 1999 one that included Donovan, DaMarcus Beasley, Kyle Beckerman, and Oguchi Onyewu, which finished fourth at the 1999 U-17 World Championship. Add Clint Dempsey, who is roughly the same age but was not a part of the initial Residency class, to the list, and you get the most prolific group in American soccer history.

Part of the issue is the cyclical nature of soccer development. “There was something special about that class,” Tony Lepore, the Under-15 coach (not the Dancing Cop), says, adding that their early success did give some much-needed momentum to the fledgling program. Still, while the Bradenton, Florida–based group has expanded from 20 to 40 players, and has seen teenagers like Jozy Altidore, Freddy Adu, and Michael Bradley pass through, it hasn’t produced the same level of quality as that initial Donovan-led class.

After the disaster at the 2006 World Cup, U.S. Soccer revamped its plan, launching a series of Development Academies across the country. The goal was to dramatically expand the player pool that was receiving professional instruction in a manner consistent with the best practices that the USSF developed. Key factors included increasing the number of training sessions per week and adopting international rules in games. In essence, it’s a trickle-up philosophy. Since you can’t predict which 14-year-old will emerge as the next Donovan, you have to give as many as possible a chance to do so.

So is the new model working?

That said, it is a long, slow process. The academies are only now adding U-14 teams, a key age because that’s when habits form. Officials still acknowledge that South America and Europe have better development systems, although they believe that might not be the case in five years. Ironically, the size and scale of the United States makes it difficult to narrow down the group. There are, simply put, so many options because of the sheer number of players. Lepore says there are now 10 full-time U.S. Soccer staffers focusing on youth clubs in scouting and support capacities, and 80 additional scouts around the country. Once a month, U.S. Soccer officials run free training sessions for top talent in key markets like Los Angeles, New York–New Jersey, and Dallas. These events replicate a national team camp and provide “another way for us to know who the top players are,” according to Lepore. The success is starting to show on some levels. Seventeen development academy graduates started for Major League Soccer clubs last weekend, and there are 70 such players on MLS rosters. That’s a little more than 10 a year — not great but certainly a start.

But there’s much more work to be done. “We need to prioritize individual development,” says Lepore. “I think that’s why we are sometimes weaker than the rest of the world positionally. We need to identify what kind of skills a player has, what kind of qualities he has, and how that fits specific positions, rather than what the trend has been for a long time, which is that the best players all play center midfield. That helps your team win.”

Lepore thinks the United States needs to move away from that trend and to recognize where these kids will play at the next level. “We need to get away from focusing on winning instead of individual development,” he says.

Viewed through this lens, recent failings at the youth levels from the U-17s up through the U-23s are less dire. While those teams did not qualify for their respective international tournaments, they had perhaps the highest overall levels of talent ever on American youth sides. “You could say that the U-17 team was more skilled, more technical, more creative than ever before,” Clark says.

It’s true those squads lacked a game-changer, a player who could put the team on his shoulders and will them to victory, but they possessed a solid, potentially spectacular core. Tab Ramos’s U-20 team that reached the World Cup boasts rising stars like Jose Villarreal, Luis Gil, and DeAndre Yedlin. And ultimately what matters is how they play on the senior team. All the youth success in the world doesn’t matter if it doesn’t translate to the highest level.

After the U-17 team lost to Honduras and missed out on this summer’s World Cup, Donovan offered some thoughts on the state of development: “It’s disappointing. At the same time, there’s no question with Olympic-qualifying 20s and 17s, we need to take a pretty honest look at what’s going on, and we all have to do a better job,” he said. “That falls on all of us. It’s not one coach or a few coaches or certain players; it’s everybody who’s involved in soccer in this country.”

He’s right. The truth is that despite the wealth of potential talent in the United States, the next Donovan has not walked through the door of the senior team locker room. But chances are good that he’s a teenager lacing up his cleats somewhere in the country. And chances are better than ever that the developing system will be able to find him and cultivate him.