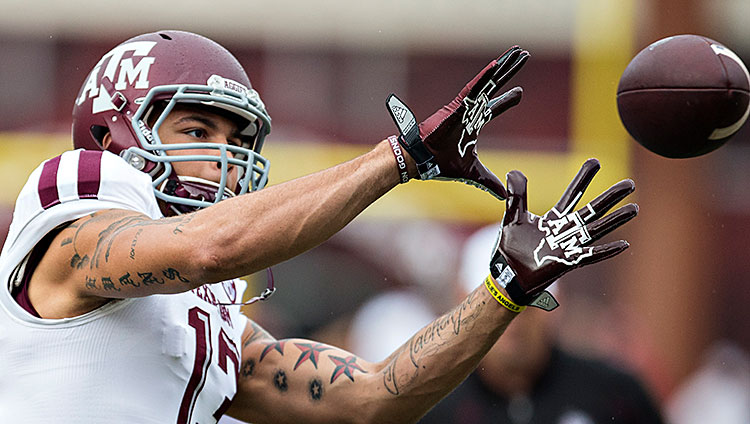 Draft grades are typically handed out using a rubric based on some combination of value and need. How well teams managed to balance those two factors is usually the first thing we use to decide if a draft is a success or a failure. The Rams were applauded for landing Aaron Donald, a potential top-10 pick, at 13. The ninth pick was probably a little high for Justin Gilbert, but the Browns did need a cornerback.

But for teams with new (or at least relatively new) personnel or coaching regimes, the draft isn’t necessarily the next step in building a roster already under construction. It’s about something more than need. It can be the first opportunity to shape the version of the team you envision.

Most people figured that even if the Texans took Jadeveon Clowney with the first pick, general manager Rick Smith would try to snag a quarterback with either the 33rd pick or by trading back up into the high 20s. Instead, Houston used that 33rd pick on Xavier Su’a-Filo, maybe the best guard in the draft and a card-carrying ass kicker. In the next round, the Texans used picks on C.J. Fiedorowicz, a 265-pound tight end who actually does some blocking, and Louis Nix, the massive Notre Dame nose tackle some thought might go in the first round. All three players fit needs, but they also fit a certain mold that seems to appeal to Bill O’Brien: He wants his guys big.

Where Rick Smith went for bulk, Chip Kelly and everyone in Philadelphia have continued that obsession with chasing length. “Long levers are strong levers,” Kelly said about the 34-inch arms on Marcus Smith, the outside linebacker the Eagles took 23rd overall. It was a consistent theme. Also: Chip Kelly is talking about long levers because he is Chip Kelly.

Second-round wide receiver Jordan Matthews is 6-foot-3, former Oregon defensive end and fifth-round pick Taylor Hart is 6-foot-6, and even the 5-foot-11 Josh Huff has notably long arms for his frame. No one expected Marcus Smith to be gone in the first round, but Kelly clearly has a type. As true Chip believer and Eagles fan Chris Ryan noted to me this weekend, the problem is going to be when injuries pile up and Kelly starts rounding up random 6-foot-6 Philadelphians.

The Bucs kept on building their own pickup hoops team this weekend, adding Mike Evans and Austin Seferian-Jenkins to the power forward of a receiver they already have in Vincent Jackson. As with the players Houston grabbed, both positions were needs, but it was telling that Tampa Bay chose to go offense all the way through in Lovie Smith’s first draft as a head coach. Jason Licht is the one ultimately picking the players in Tampa, but it’s likely that Smith’s tenure in Chicago has done plenty to form the ideas he’s taken into job no. 2.

Only in the year after his departure did the Bears finally field an offense worth watching, and they did it with a trio of pass-catching albatrosses in Brandon Marshall, Alshon Jeffery, and Martellus Bennett. Smith already has the quarterback from that equation in Josh McCown, and I’m sure he’s hoping he found the other pieces, too. Even before adding a ton of defensive talent in this past free-agency period, Smith had plenty to work with on that side of the ball. What did him in with the Bears was never fielding a top-flight offense, and it looks like the Bucs are taking the steps to make sure that doesn’t happen again.

This idea of building a draft around a central theme makes the most sense for regimes just getting started, but it isn’t limited to them. Good franchises typically get that way because they have a method for how they construct their rosters. Baltimore had the same type of draft it always seems to. From grabbing C.J. Mosley at 17 to landing Timmy Jernigan at 49, Ozzie Newsome kept putting together his team with players in the middle of the defense who can just really play.

Neither Mosley nor Jernigan fit Baltimore’s biggest need (the Ravens could really use another interior offensive lineman), but as the picks were made, everyone just nodded in agreement. It’s the same feeling people had last year, when the first two rounds netted Matt Elam and Arthur Brown. The Ravens have a plan — to relive their 2000s defensive glory for all time — and it’s made them one of the best-drafting teams in the league for the past decade. Plenty of other teams had their own central plans this time around. They just have to hope theirs work nearly as well.