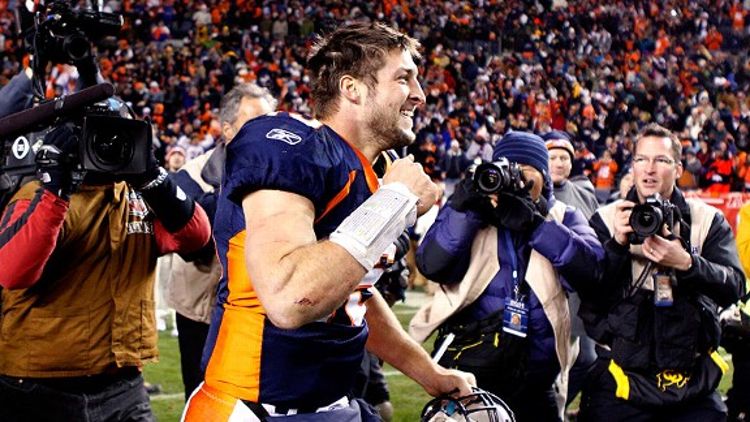 In honor of Tim Tebow’s dramatic playoff upset over the Steelers on Sunday, we decided to clean up the Mega Playoff Podcast for Round 2 and make it a kinder, gentler, more wholesome, vice-free BS Report. Well, except for the extended conversations about gambling, Vegas, point spreads, teasers, backdoor covers and toothless transvestite hookers. We left those parts in. But everything else? Totally clean and wholesome. How does our gang of experts feel about the Round 1 games, Mike Smith’s fourth-and-1 calls and Tebow: 316? Which home team will lay an egg in Round 2? Which line is going to move the most? Can they make the Denver-New England line high enough? Should you tease playoff games ever, much less this weekend? Should we be freaked out that Demaryius Thomas’ first name fits seamlessly into the “Age of Aquarius” song from Hair?

For the answers to those questions and much, much more, check out our two-hour, two-part mega-pod.

Part One: “Guess the Round 2 Lines” with Cousin Sal, then Grantland’s Bill Barnwell and I argue about Mike Smith’s fourth-and-1 calls. Listen on ESPN.com’s PodCenter or on iTunes.