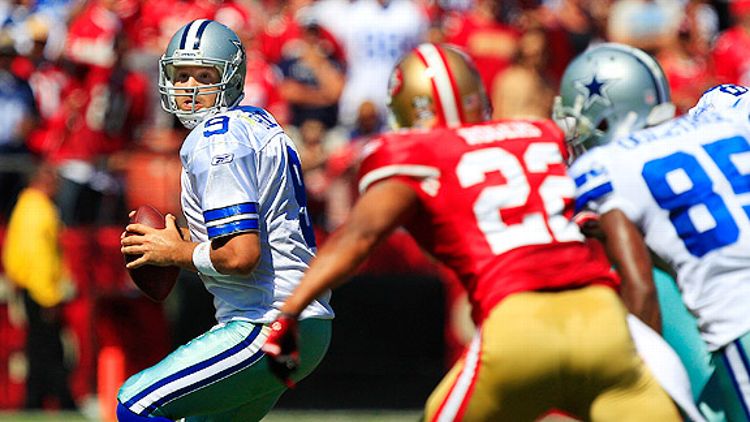 You knew that the Cowboys found Week 2 hero Jesse Holley through a Spike TV reality show that nobody watched, but did you know that’s also how we found Cousin Sal for the B.S. Report? Back in 2008, right as podcasts were starting to take off, Sal won the hearts of celebrity judges Carson Daly, Gayle Gardner, Roy Firestone and the late Buddy Hackett on the one and only season of ESPN2’s ill-fated “Pod And The Interruption.” The rest was history.

As always, Sal joined us to discuss Sunday’s NFL games and play a raucous game of “Guess This Week’s NFL Lines” (with some bonus boxing talk thrown in there). From there, footballoutsiders.com founder Aaron Schatz stopped by (right around the 40-minute mark) to crunch the numbers through two weeks and figure out things like “Are the Lions for real?” and “Is there an 0-2 team whose season ISN’T over?” We even found time to plug his new TV show, “Numbers Never* Lie,” which runs every weekday on ESPN2 at 3:30et. And then, the Red Sox-Orioles game started and I started dry-heaving, which meant we had to end the podcast.