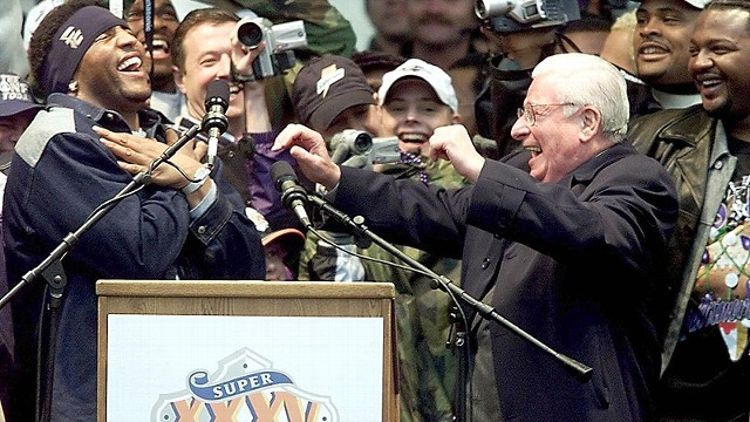 “When we talk about mortality, we are talking about our children.” — Joan Didion

Here in the bizarro world of Greater Cleveland, it comes as a surprise to see the late Art Modell narrowcast into a prevailing legacy — the marriage of football and television — an alchemy that former NBC president Dick Ebersol this week dubbed Modell’s “magic formula.”

Because there are countless thousands of us who think of Art Modell specifically as the man who inspired us to stop watching the NFL.

Not just in Cleveland, but in all of professional sports, there have been few figures as alienating as Modell, a man once so full of passion for the game who then betrayed it with stunning deceit.

For years — at least five, closer to 10 — after “The Move” (Cleveland shorthand for Modell’s Faustian cover-of-darkness sellout of the Browns to Baltimore), I simply gave up on watching pro football. It wasn’t a refusal. After the first season or so, it wasn’t even anger. It was mostly an utter disillusionment, a lack of stomach for an entertainment that had become more cynical than anything in my memory. Just a lingering sense of “fuck it, whatever,” which, if you’ve lived in a place like Cleveland, you know is a defining cultural phrase.

It was just football. But it’s never just football, right? The left-behind bedroom wall at your childhood home is still decorated with a faded, curled-at-the-edges poster of Brian Sipe. Your toes still carry the frozen pain of the second-coldest playoff game in the history of the league, a Browns loss to the Raiders, January 4, 1981. (Yeah, the second coldest. We never get to be first in anything.)

Those are the central seams in these paradoxical mantles of integrity we drape across our pastimes. We do it with rock and roll. We do it with vintage motorcycles. We do it with Getty Images photos of Marilyn Monroe. But, you know, where would we be without our paradoxes? It’s just football. (And pop songs and transportation and lust.) Which is to say it isn’t just football at all.

Art Modell killed football in Cleveland, and not just once, but three times. First, when he took his franchise to Baltimore without ever manning up to the region that had made him who he was.

Second, when he handed back the team’s name and colors, an empty suit that to this day represents the most irrelevant and ineffectual franchise in the NFL. (Can it still be called “rebuilding” when an entire generation of consumers has no reference for the suffix “re”?)

And third, when he won his Super Bowl ring with many of the same players who’d suited up just five years before on the green-painted mud of old Municipal Stadium.

Because what Modell really did is to prove, more harshly than anyone has proved before or since, a vexing central truth that we have tried and failed to deny:

Which is to say we have no choice here but to believe in what could have been.

The light we live in is defined by shadow.

So, yeah, I did start watching football again, eventually, and caring, a little. Not because the game had regained its integrity, but more because my son, born the same year Modell abandoned us, had gained an interest of his own, introducing an entirely different optimism and an entirely different integrity. It’s never just football, right?

So now he’s a teenager. While cleaning out his closet recently, I came across his long-lost, impossibly tiny Tim Couch jersey — Tim Couch, the first pick in the first draft by the “new” Browns. If I ever was going to memorialize Art Modell for anything meaningful, it’d be that.

Thank you, Mr. Modell. Thank you for an outgrown Cleveland Browns jersey emblazoned for eternity with the number 2.

It means more than you ever could have known.

David Giffels’s most recent book is All the Way Home: Building a Family in a Falling-Down House. He has written for the New York Times Magazine, the Wall Street Journal, and many other publications. He teaches creative writing at the University of Akron.