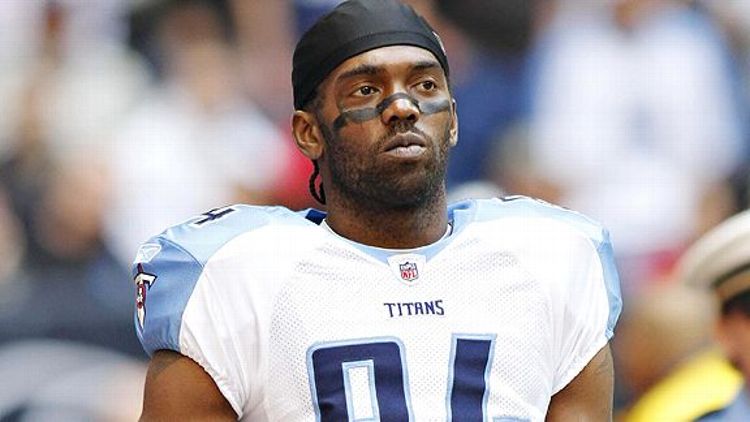 By now, Randy Moss’ stats have been trotted out, polished up, and put on display so we can drop our jaws once more. The retirement of the explosive wide receiver is our cue to crow about those 153 touchdowns and 14,858 yards, and that single-season record of 23 touchdown passes. Mere numbers, though, don’t paint a full picture of Moss at his deep-threat best. Games changed when Moss made one of his did-you-see-that touchdown catches, and not just because of the turn in the score.

Nobody disputes his talent, but in a weird way, that’s part of the problem. Even set against the elite level of the NFL, Moss made it all look effortless. So much so that the narrative of Moss’ career has him taking off plays, being unmotivated, or, at best, that Moss “picks his spots.” But the idea that he could rack up those career numbers while barely breaking a sweat, confirmed by stories of his patchy work ethic and his boasts that “I play when I want to play,” offended some sports fans.

Fans were sometimes awed, but not always impressed by Randy Moss. They respected that he was one of the most dynamic receivers of all time, but he didn’t command the same cultural respect of the greats who came before him in Jerry Rice or his early mentor, Cris Carter. The characterization of Moss was part of a larger trend in the wide receiver becoming more and more known as a diva position. Along with Moss, were players such as Terrell Owens (who started off normal enough, making incredible end zone catches, only to be in the center of the Dallas star just a year later) and Chad Johnson, whose name now speaks for itself.

Moss might have been a game-changer on the field, but when he got cocky — “straight cash, homey,” when he berated a caterer and began interviewing himself at press conferences — it was easy to focus on his attitude, not his abilities. There’s something in fans that withholds respect from athletes who don’t make hard work visible, who don’t balance their astonishing feats with their fair share of dues-paying. We want our athletes to at least pretend to be humble.

Moss didn’t fit this mold. He played with a physical intelligence, which is something that’s easy to dismiss or take for granted. He may have exceptional speed, balance, agility, coordination, anticipation, reaction time, and range of movement. But if it is of the body, it is still often seen as brute or simple — we can’t seem to shake the old line, even in the arenas that celebrate physical ability.

He stood out even when he played among the best in the world. Embedded in his body is a preternatural sense of movement and stillness, instinct and endurance, grace and aggression. He balanced the rapidly changing pace of games with innate grace and hyperfocused awareness. This kind of play deserves to be honored. When we watched it break open all at once, when Moss wheeled his long legs to the end zone, shouldered himself away from the defense, leaped high, and matched his hands to the exact same spot where the football had spiraled, it looked like something transcendent. But it’s not. It’s not luck, either. Randy Moss made it happen.