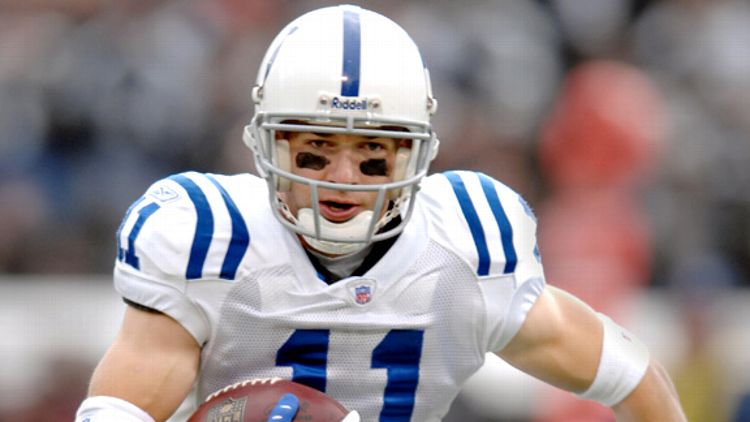 Over the past two seasons, Indianapolis Colts wide receiver Anthony Gonzalez has spent a lot more time in the trainers room than on the football field. And whom does he blames for this? Bradley Cooper.

In an interview with the Indianapolis Star Gonzalez sounded off about the new human growth hormone testing mandated by the NFL’s recently ratified collective bargaining agreement, and the use of HGH, in general, in the league.

The problem, according to Gonzalez, is that, up until now, there were no consequences for using HGH, since no test was actually in place. This thought prompted Gonzalez to make the Bradley Cooper Corollary: “If I could give someone on Wall Street a pill that gives them all the intelligence they need to beat the market — a little bit like (the movie) Limitless — and it was illegal but there was no fear of getting caught, I can promise you there would be people lined up around the block for that pill.”

Joking aside, Gonzalez is basically just asking for a level playing field. The picture he paints in the Star piece is one where undersized slot receivers are lining up against oversized linebackers and safeties with the healing powers and temperament of Wolverine. And Gonzalez is blaming HGH for the disparity.

He also thinks that ridding football of HGH use will make the game less violent. According to Gonzalez: “If we can really get it out of the game, I think we’ll see a slightly less violent game … I would hope we’d see fewer concussions over time.”

Seems like totally sound and sane thinking. In the future, though, just leave Bradley Cooper out of it.

And Here's a Picture of Our Boss With a Mustache