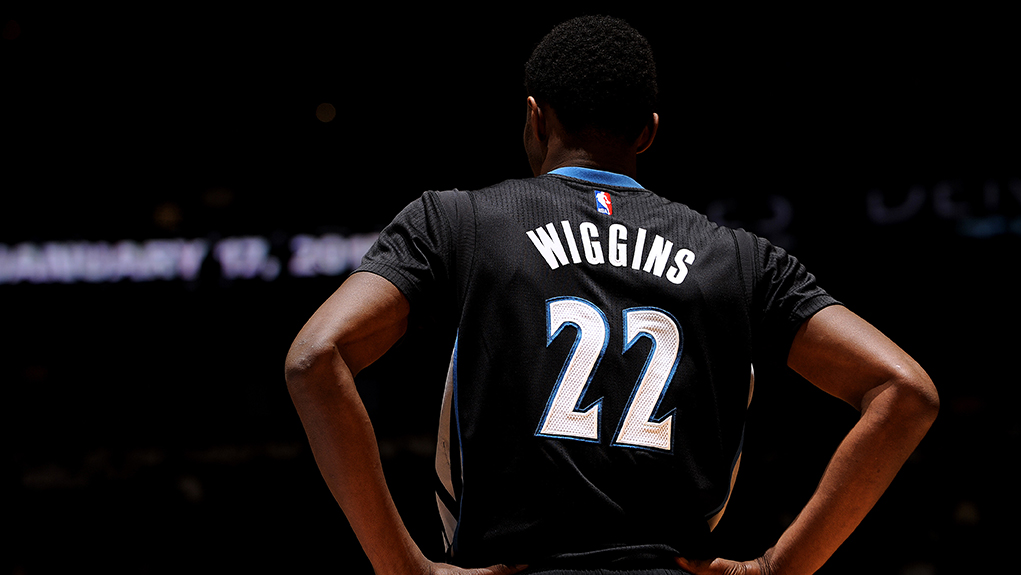 In about two weeks, the NBA will host the “Rising Stars Challenge” as part of All-Star Weekend festivities in New York. The contest features the league’s best rookies alongside its best second-year players. Given the tremendous hype about the almighty 2014 draft class, you might have expected this game to be littered with some of the most talented rookies in recent memory. Well, it’s not. In fact, it’s kind of hard to find enough deserving rookies to give uniforms to. Some are hurt, some are stashed in the D-League, and some just make your eyes bleed when you watch them play.

Then there’s Andrew Wiggins — the exception; a delicious but lonesome crouton in this letdown soup. As we approach the break, Wiggins is the only active rookie scoring at least 10 points per game. That might not singe your eyebrows, but when you consider that at least two guys have met that criteria in each of the last 19 draft classes, it’s revealing, especially when you consider the expectations for this particular crop of players. Although he’s buried on a bad team, in a vicious Western Conference, Wiggins is by far the best rookie playing in the NBA.

What He Can Do

This dude is a freak who can score and defend.

Wiggins is ascendant. He has started every game, and he’s getting better pretty fast. According to Justin Zormelo, a player development consultant who helped prep Wiggins for his rookie season, he’s just starting to get comfortable. “Now that he’s adjusted to moving to a new city and [has] played a lot of games, you see his game jumping off the charts.”

Over Wiggins’s last 10 games, the 19-year-old is putting up 18.6 points per contest, and he’s already showcasing an ability to make plays that very few guys in the league can make.

It seems like as soon as the final notes of “Auld Lang Syne” were sung, Wiggins found another gear.

Despite his recent breakout, Wiggins still has a lot of room for improvement. He’s scoring, but he’s not doing it efficiently. There are two things standing between where he is right now and beckoning superstardom: his jumper and his shot selection.

Wiggins is arguably the least efficient volume jump-shooter in the NBA. He may not be for long, but he is right now. As of January 22, Wiggins was one of 41 players who have attempted at least 200 midrange shots. Of that group, Wiggins ranked last in field goal percentage (33 percent) — below noted sharpshooters like Roy Hibbert and Josh Smith. He’s got room to grow. 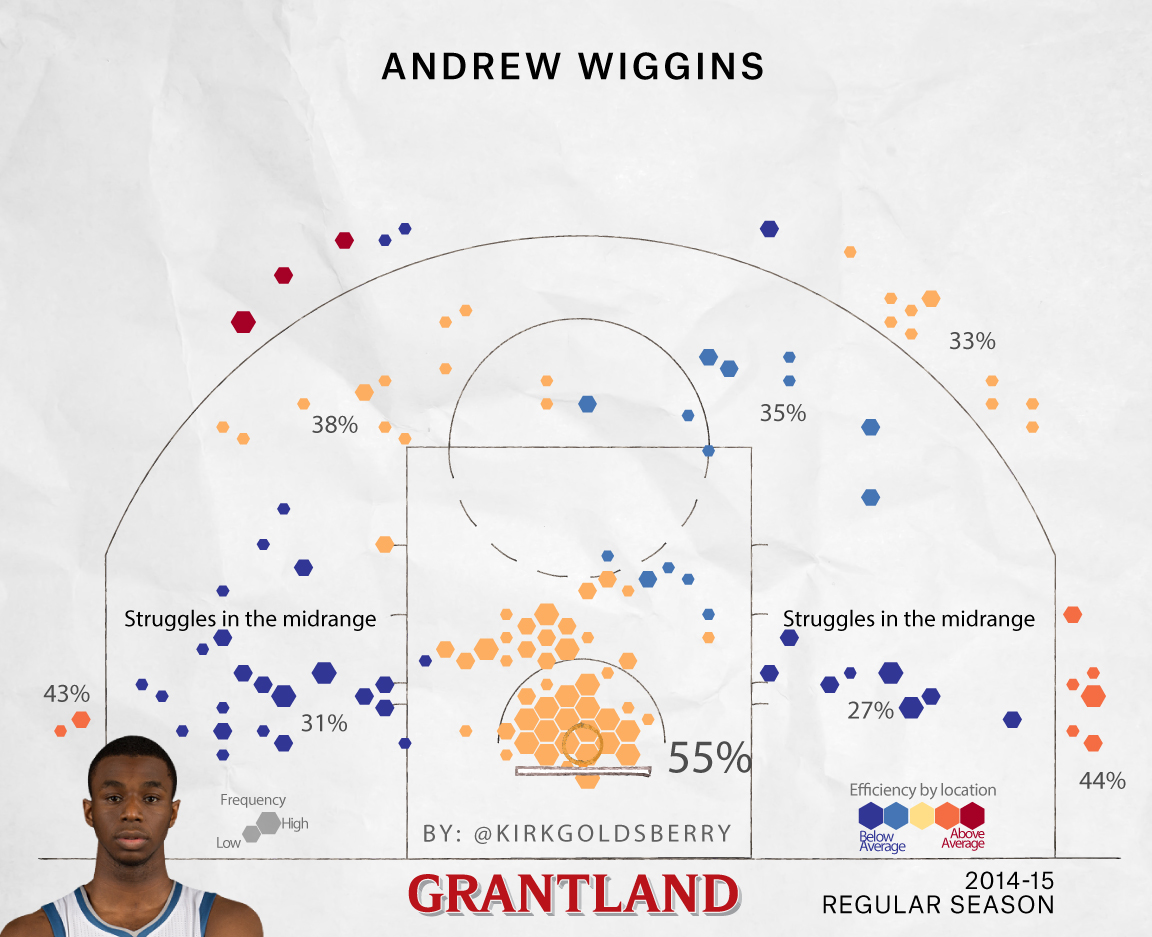 Watching Wiggins can be an exercise in frustration. Whether off his many post-ups or on elbow isolations, the dude takes too many difficult shots. And his struggles with efficiency probably say more about his shot selection than they do about his jumper.

Wiggins can take heart from those who came before him. Kevin Durant also struggled with efficiency as a rookie. In 2013, Durant told Grantland about the key steps in his maturation:

When I was a rookie, I was shooting lots of contested 3s, coming off curls shooting with two hands in my face. I think I’ve learned what are really good shots and the easiest ways to get points. I’m always looking for the easy points.

Wiggins will hopefully learn the same lessons. Zormelo also worked with Durant, and he’s adamant that Wiggins’s current midrange funk has little to do with ability and everything to do with shot choices. “If you go strictly by the numbers, some areas of his game look really down right now,” he says. “But that only has to do with his shot selection and timing.”

What He Will Do

His overall offensive efficiency will surge if he simply does more of this:

And less of this:

As of January 23, 44 percent of Wiggins’s shot attempts were coming from the midrange. That’s too high — there are no “easy points” in that area for anybody, but certainly not for a teenager with a rickety jumper. Plus, there’s an opportunity cost in taking those jumpers. Every time he’s shooting midrange shots is one less time he’s attacking the basket. Going forward, Wiggins could also take a bit of inspiration from James Harden, the league’s current quintessential oversize shooting guard. It seems like the only midrange shots Harden takes are those 15-foot freebies that he tries nine times per game. Given Wiggins’s combination of size and athleticism, he’s gotta learn how to leverage those traits to draw more shooting fouls. And since almost 60 percent of the league’s shooting fouls occur within a few feet of the rim, he needs to attack more.

I mean, when you can do stuff like this, why are you settling for jumpers?

By the time he’s 22, Wiggins’s favorite shots should be in the paint and from the free throw line. 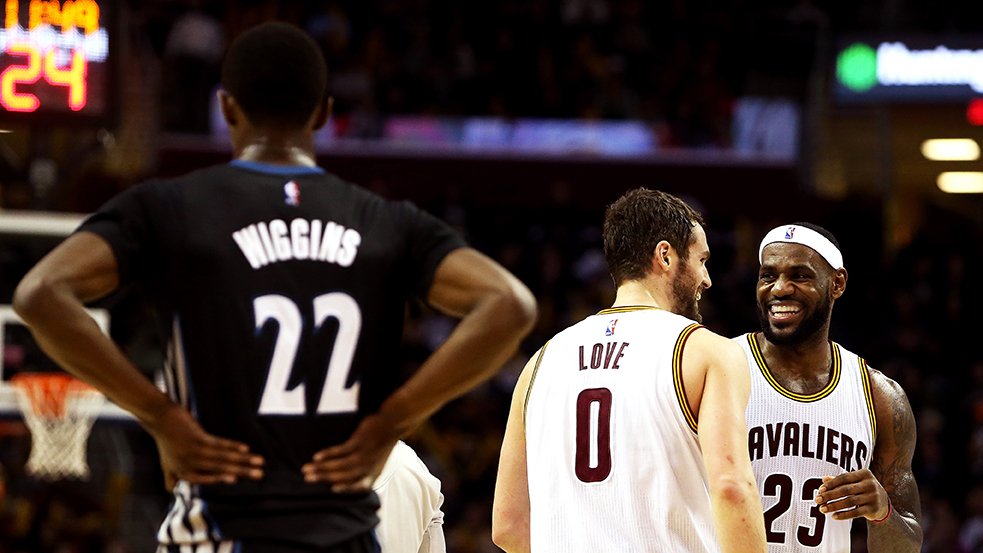 As Denver Nuggets fans can tell you, teams are rarely able to replace one franchise cornerstone with another. If this season is any indicator, Wiggins is going to get better at a rapid clip. And considering how he arrived, via the blockbuster summer trade with Cleveland, Wolves fans should, for once, be thanking their front office. They turned the certain departure of a malcontent into the arrival of a new franchise player (not to mention Thad Young and Anthony Bennett).

Lord knows what’s going to happen with the Cavs, but it’s pretty clear Minnesota suddenly has one of the best packs of young talent in the league. Ask yourself this question: If you’re a Wolves fan, are you more excited with the known quantity of Love or the potential of Wiggins? Even if Love had extended in Minneapolis, it would be hard to find this much optimism up there. Love had a decent run up north, but, thousands of meaningless rebounds and points later, that arc never really had a hopeful bend. Five months after his departure, it’s looking like you can characterize his complicated legacy in Minnesota with two words: Andrew Wiggins.