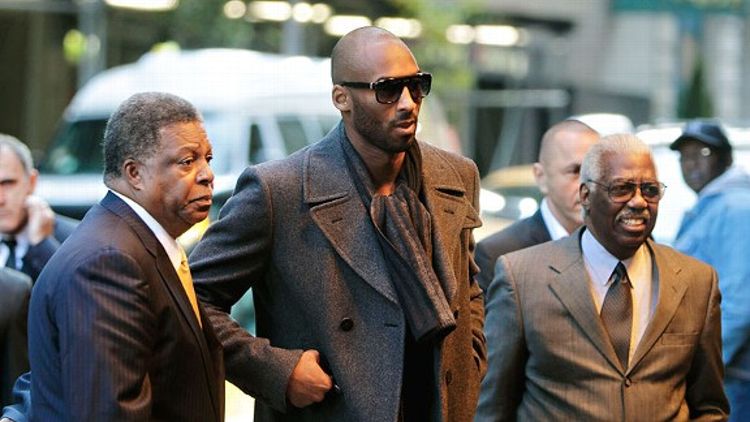 On Monday, the NBA labor negotiations completely imploded. Billy Hunter and Derek Fisher, with seemingly half of the NBA at their side, declared their intentions to disband the union and file an antitrust lawsuit against the league. In response, NBA commissioner David Stern appeared on SportsCenter and said, “They seem hell-bent on self-destruction, and it’s very sad.”

The rhetoric now moves from meetings in hotels to courtrooms. But what did Monday’s action actually mean? We asked Andrew Zimbalist, an economics professor at Smith College who has worked with the players’ union in the past, to try to explain it all.

Since they obviously feel they can’t get anywhere in collective bargaining, it enables them to use antitrust issues to pursue their goals. Suing the league on antitrust bounds means that they are going to claim the lockout is an illegal conspiracy amongst 30 different teams. Teams are cooperating with each other and that’s illegal under the antitrust laws because they’re independent entities, that’s what they’ll claim.

And presumably, they’ll claim that the league is trying to force them to accept a series of labor market institutions related to the salary cap that are also restraints of trade and in violation of the antitrust laws.

Is there any type of timeline of when this will be resolved?
No. There is no set timeline. What will have to happen, unless this pushes the owners to bargain in a way that the players find more acceptable, is it has to go to court. It starts in district court, and before it goes to court there will probably be a number of motions that will attempt to affect the way the district court hears the case.

There are a slew of different things that can be going on there. But there could be a request for injunctions, which could be having to try to get the court to declare that the lockout is illegal and have the players go back to work right away, while the thing is being adjudicated. There are a variety of things. But eventually it’ll go to court, and in district court it could take many, many months before it came to pass. It could take a half a year. And whatever was decided in district court, it would probably be appealed to an appeals court, and, of course, that could be appealed to the Supreme Court.

So, if the legal maneuvering doesn’t result in a different bargaining outcome, then this could be enormously protracted. But my guess of what the players are hoping is that this gambit will force the owners to reevaluate their position and make more concessions. They’re not actually thinking this is going to go all the way through the judicial process.

Didn’t the NFL just try to go that route in their lockout?
Yes. But there were injunctions and then appeals of the injunctions, and the NFL was claiming the decertification was a sham because they were planning to reconstitute the union. There are all sorts of complex and arcane legal issues that get fought over before they actually fight the battle they say they’re going to fight.

The union says that Jeffrey Kessler and David Boies will argue their case. What are their reputations?
They’re among the best, most effective lawyers in the country. The legal team is a strong legal team. The NBA has a strong legal team on their side. It’ll be a field day for the lawyers.

It’s hard to predict how it’ll all turn out. A lot of these things depend a great deal on which judge you end up getting and what circuit you end up filing in. There’s a lot of randomness that goes on here. But again, my guess is what the players are hoping for is this gives them more leverage than they’ve had.

Why didn’t the union try this option before games were lost?
I think they saw this as a last resort, that they didn’t have any good options now. They thought they could accomplish more in bargaining. They didn’t want to disband the union. Probably the people who worked with the union thought it would have created uncertainty about their employment status.

They decided to take a different route, which was to make an unfair labor practice discharge before the National Labor Relations Board, but the NLRB just sat on it. They didn’t respond one way or the other, and I guess the players felt increasingly like that was not going to result in anything constructive and they were pushed to the wall. They felt like this was as far as the owners were going to go and they were given ultimatums and had no choice. They could either give in and accept a deal they saw as unfair and unacceptable or do this. I think in hindsight it probably would have been prudent for them to decertify earlier, but they chose not to do that.

Will this action prevent a season?
At this point, it becomes much more difficult. Is there a chance? Sure, there’s a chance. Part of the problem is that the whole collective bargaining process is one where each side is trying to establish and maneuver for leverage. They’ve been doing that through the traditional means that they always use. Using the media, getting together and going through a variety of antics at the bargaining table, and making different kinds of threats and so on and so forth. So they spent a long time doing their conventional song-and-dance routine that they do.

Now, they’re going into a new territory, and I think both sides will feel obligated to do a lot of huffing and puffing before they actually try to rebargain this thing. Unless some cooler heads prevail, it appears there could be another several months lost here. We’ll have to see. I expect the immediate reaction from the owners will be that this is a fraudulent decertification because the union will reconstitute after they get the deal they want and it should be declared illegal by the judge.

They’ll ask for an injunction right away, and then it will proceed from there. But maybe they won’t do that. Maybe some of the owners who are more dovish will get together and say “Enough already. Let’s get together and try to get this thing done.” If they do that, maybe we can start playing basketball at some time at the end of December. But it doesn’t look great right now.

Previously by Jonathan Abrams:
The NBA Lockout Timeline
After Marathon NBA Lockout Session, a Ride With Billy Hunter
What Would a Compressed NBA Season Look Like? A Historical Perspective
Q&A: Greivis Vasquez
Q&A: Derrick Williams
Reporting on the Reporting From Friday’s NBA Lockout Meeting (Updates)
The Winter of Jerry West