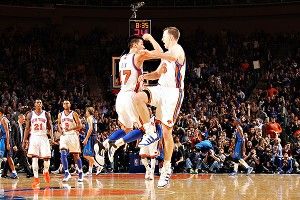 We had our best turnout yet for Participation Friday last week, and now it’s time for Revelation Monday. Inspired by Game of Thrones, I asked for your personal “motto,” and man, a lot of you folks went straight to sexual. But who am I to judge? These are short, so we’ll go all out with a Top 15 instead of the usual Top 10. Some are funny, some are serious, and others I just liked for reasons I can’t quite pinpoint. This was a weird category.

I bet this dude has the world’s most self-satisfied smirk:
“Finding worth in C-List Internet writers re-posting my mundane witticisms!”

15. A few weeks ago, I was in a conversation with a stranger at a Starbucks when he asked me something that I didn’t understand. I smiled and nodded, to be polite. He then bent down, took the sandal off of my foot (I live in Georgia), and smelled it. After that he just went on with casual conversation and handed me my sandal as if this wasn’t weird.

Motto: “Never give permission if you don’t know what’s going on and revoke it if a dude reaches for your foot”

14. When I really lay my soul bare, my motto would have to be: “I think I might be getting a cold. (Or is there maybe a carbon monoxide leak?)”

13. “Never presume malice while stupidity is still available as an explanation.”

It signifies the need to fully dry off after a shower as to prevent skin irritation.

8. “Eating BBQ until the Pain Goes Away.”

6. “Keep the stupid on your side. The smart can do the math.”

5. “Trying not to soil ourselves”

— Jerry B. (No idea if this was a real submission or an accidental blank e-mail.)

The 12-piece bucket with mashed potatoes and 3 side biscuits is a super tasty meal, but we all know that it will likely never fully leave your body. Therefore, this motto applies to things that are enjoyable now but you know aren’t good for you and will ultimately burn you in the long run.

1. “Riding the wave of uncertainty.”

Honestly, I don’t know what I am doing. I know I have to pay the bills and keep my kid fed and my wife happy. I know that I have to go to work and see my in-laws once a month and remember birthdays, but I’m really just along for the ride. I don’t know why my wife married me, and I don’t know how I stay employed. I am literally taking advantage of the fact that no has their shit together enough to realize I am useless.

Travis gets the top spot more for the explanation than the motto, but I like the honesty. We’re all riding that wave, and winter is coming.