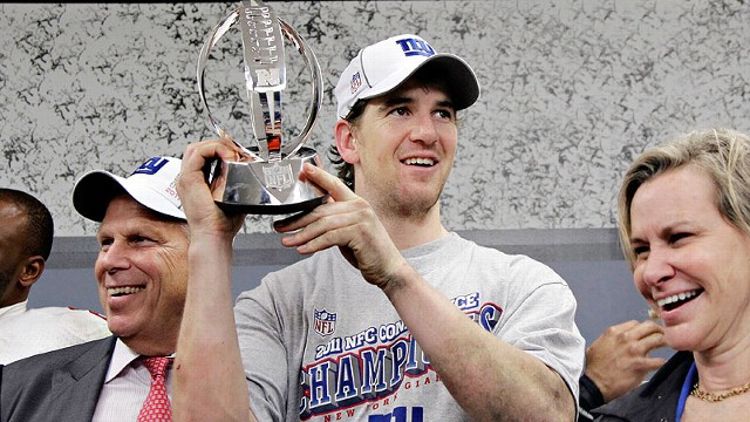 Today is Revelation Monday (new name!), so here are the top 10 heckling stories from you, the Grantland reader.

In the week 16 Giants vs. Jets game I brought a sign that said, “We know damn well Pepsi Max isn’t 0 calories if Rex Ryan is advertising it.” — Jesse L.

Bonus 2: I honestly don’t know what to say/People are terrible

A. “I will start this out by noting I’m not proud of this moment in my life but it is one of the best heckling stories I have been involved in or seen. While my high school’s girls volleyball team was in the state finals we played the best team in the state and were huge underdogs. Obviously we were in some trouble, but we did some research on the other team and found out they had an albino girl, a girl busted for Ecstasy possession and some 6′ 2″ powerhouse spiker. Well we decided to come up with chants that involved calling the one girl Casper, chanting X-T-C to the one, and asking the ref to check the 6′ 2″ girl for, to put it lightly, male genitalia (this is the one I’m not so proud of). Halfway through the second game we had the other team so rattled they probably had more unforced errors then our team had winners. Our team ended up winning the championship and I’m going to say the crowd has just as much part in that as the players did.” — Mike B.

B. “I don’t know if this counts as a heckling story, but when I was about seven years old, my Dad took me to an independent wrestling. There was at most twelve people in attendence. They sold cheap beer there and my Dad got absolutely blasted. Around match six, when two wrestlers were brawling on the floor, my Dad got up and starting giving them some Dusty Rhodes elbows. We got escorted out of the building.” — Ryan K.

C. “I am a Western Carolina graduate. Our football team has won 10 total games in the past 6 seasons, so we favored our baseball team just a little bit more. There was a parking lot behind center field and school officials would let students tailgate and watch the games out there. It was always quite the scene, hundreds of students showing up and having a good time, rooting on the Catamounts. One series we were playing Marshall, right after the movie ‘We Are Marshall’ came out. Some kids got a little too drunk and carried away with the heckling at this particular event, and one of the guys our there lit a paper airplane on fire and threw it onto the field behind the right fielder. Needless to say, quite the raucous ensued, and the perpetrator was arrested.” — Timothy F.

D. “Before a Virginia/VT basketball game, a fellow student yelled down to Seth Greenberg that he would like to take his daughter (a fox) out for a nice dinner at Red Lobster. Hell hath no fury like an angry Greenberg. He turned around and fumed, ‘You can say whatever you want about me but if you talk about my family I will beat the s*** out of you.’ So it worked. Go Hoos.” — Bryan L.

10. “It was after a Badger football game, getting some drunk food on the way back from the stadium. Two guys walk in, one supporting the other as he bumps into the door. I loudly point out how drunk the 2nd guy was, couldn’t handle his liquor. Then he busts out his walking cane. Foot-in-mouth.” — Travis L.

9. “Back in February 2007 My Alma Mater The University of Missouri was playing The University of Oklahoma in basketball. With less than a minute left and the Tigers up a basket the Student group I was a member of ‘The Antlers’ knew we needed to come up with our best Free Throw cheer to distract the Sooner player shooting a 1-1 to tie the game. We went to our most distracting cheer of all time. Me being a Bigger guy I positioned myself on the bleachers right in the sight line of the basket and lift my Shirt off and performed the Truffle Shuffle while the students chanted ‘Big American Breast.’ This distracted the player and he missed the free throw Missouri grabbed the rebound and was fouled.

The best part of this story in the waning seconds when Oklahoma was shooting two more meaningless free throws the Cameras replayed my distraction to the television audience and an ex student captured the video and posted it to YouTube. It is titled ‘Free Throw Distraction’ Watch, Enjoy, and do not eat before watching.” — Steven H.

8. “Following his retirement from football, Irving Fryar worked for NBC10 Philadelphia and came to Cheltenham High School to cover our PA State Women’s Basketball Champion team. He wore a solid gold suit. As an Eagles season ticket holder, I took it upon myself to ask him inane questions, (such as: ‘Irving, is that suit 18 kt or fool’s?’ and ‘Who designed your suit, Ft Knox?’) culminating with me yelling ‘Why is it you spent more time in commercials than in the end zone last year?’ He then chased me around the school parking lot! ” — Chase W.

7. “One time my brother got front row seats to a Red Sox game against the A’s. My brother promised he was going to heckle every A on the field. He always had a gift for getting under peoples skin. My dad and I were watching the game from home, hoping to catch a glimpse of my brother. As Milton Bradley began to walk to the plate he seemed visibly upset. Between pitches of his first at bat, he would shout things into the stands at some guy the camera’s refused to show for some reason. After Bradley worked a walk he turned around and started shouting into the stands. Suddenly he just lost it. He had to be restrained. He was quickly ejected from the game. Jerry Remy began to say in disbelief that some fan seems to really have gotten him riled up. My dad and I looked at each other and just cracked up laughing, knowing full well it could only be Ted. Ted, being a true fan, resisted the urge to call us until after the game to confirm our suspicions.” — William S.

6. “When Jim O’Brien was named as the Sixers head coach back in 2004, the team held a luncheon for season ticket holders to ‘meet and greet’ with the new hire. It was a lovely affair, and O’Brien seemed to be a nice enough guy. But after the disaster of the season we had suffered through before (the ill-advised Randy Ayers experiment), we didn’t have a lot of hope for what was to come. Despite this, O’Brien went from table to table, saying hello to the fans, signing autographs, and taking pictures with anyone who wanted one. This is where our plan came together. As O’Brien came up to our table, we rose to greet him and asked if we could get a photo. ‘Sure,’ he replied … at which point we stood up, handed him the camera, put our arms around each other, and posed with a big ‘thumbs up’ until the befuddled coach finally got the hint and took OUR picture. We thanked him and sat down, going back to our food without another word. O’Brien lasted one season with the Sixers.” — Phil A.

5. “The best I ever heard was that in the 1970s Oklahoma had a star basketball player named Cary Carrabine. His brother went to Mizzou. When OU visited Mizzou that year, the Antlers convinced his brother to take part in a prank. The first time that Carrabine went to shoot free throws, The Antlers held his brother upside down by his ankles and chanted ‘Cary Carrabine, we have your brother’. He proceeded to miss the free throws.”

(Bonus) “The best sign The Antlers ever brought to a game during my tenure was in 2002 when Wisconsin-Green Bay came to town. They featured two starters named Calix N’Diaye and Derek Scheidt. The sign we brought for them was “Eat Scheidt N’Diaye”. That one made the rounds in the paper the next day.” — Michael B. from Kansas

4. “Back when Barry Bonds was still relevant and played for the Giants, he visited his old stomping grounds of Pittsburgh. Being a Pirates fan (we don’t actually say that in public anymore), my friend and I purchased left field bleacher seats so that we could be front and center for all of the heckling. My friend dressed up like Sid Bream and for the entirety of the game thanked Bonds for having a candy arm and three hopping a throw to home plate so that he (Sid Bream) could score the winning run of the 1992 NLCS. He credited the best moment of his life to Bonds and admitted that he couldn’t have gone to the World Series without his help. That is the PG version … other steroid heckling took place as well.” — Nick R. from Pittsburgh, PA

3. “I used to be a high school baseball umpire and would hear it from the fans all the time. The best one I heard though was this one. ‘If you had one more eye you’d be a Cyclops.’ I actually turned to the guy between pitches and told him well done and it’s the best I’ve ever heard.” — Chad C.

2. “I work in midtown Manhattan and while taking a stroll down 6th Avenue a couple of months ago with a friend during lunch we noticed that Paula Abdul was giving an interview to a Fox News reporter. exercising my 1st amendment rights to its fullest I decided to start yelling in Paula’s direction (I was less than 5 feet from her so she definitely heard me). I started yelling, ‘No one cares about you! We want the hot judge from the Pussy Cat Dolls!’ ‘you owe your life to Simon Cowell!’ And my favorite, ‘the Laker Girls called and they don’t think having an alumni night is a good idea.’ After her interview finished I went up to her and calmly asked for a picture (attached). Gotta love America.” — Jacob S. (And yeah, he sent in the picture.)

1. “My friends and I went to San Francisco in 2007 to catch the Brewers play the Giants. The last place Giants swept the Brewers that weekend. Having nothing to say about the Crew’s poor performance, my friends and I just yelling things like ‘Global warming is just a myth!’ After attempting an ‘I say Ronald! You say Reagan!’ chant, someone threw a plastic wine glass at us. — Ben W. from Green Bay

When an email makes me laugh out loud and also wish I was friends with the writer and his crew, that’s an automatic number one. Well done, Ben.