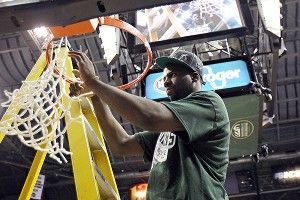 “In the clink there’s a link that a licked soul may click
Humble thy chains, make not such a racket
‘Tis not witchery or a thaumaturge trick
Avast! At the last! Hold fast! ‘Tis a bracket.”

“On The Occafion of the Eve of the Firft Bracket,” penned by Vice Admiral Thurston Edward Pocket IV, 1778, Cape Cod, Mass. This poem was written in captivity aboard the American clipper ship “What Madness Awaits?” The quatrain, along with a second Latin verse lost to history, briefly became the national anthem of the Falkland Islands 200 years later, set to the tune of the popular children’s song “B-i-n-g-o.” After being released, Admiral Pocket spent a decade selling pamphlets in Boston that were mostly charcoal sketches of George Washington’s friend “Hormund the Silversmith,” a bawdy character historians have no reason to believe is anything but a crude fiction. The pamphlets enjoyed some popularity among the rapidly diminishing Tory community, and were printed twice per week until Pocket was hanged for sedition in 1790.

But one Monday each year, after the conference championships are complete, we honor him with:

A Prelude to Madness.

I THINK YOU KNOW WHAT WE CALL THAT.

(For those who didn’t see the announcement last week, Participation Friday has a new name and new home. Stay tuned to the Triangle blog later today.)