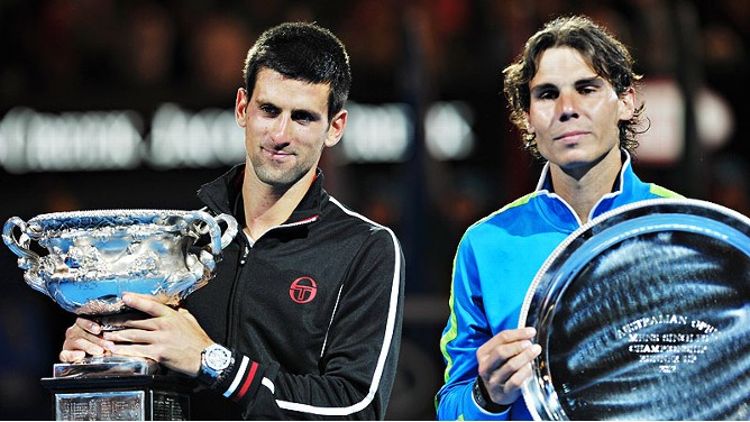 I do believe it is time for Revelation Monday! I’m happy to report that the response to last week’s Participation Friday was stronger than ever. Our readers are apparently a bunch of debased sickos, and, as you might imagine, this makes for good reading. It was unbelievably hard to pick a top 10, much less rank them. But we all have to make sacrifices for the greater good, and this is mine. These are the top 10 best excuse stories sent in over the weekend.

Bonus 1: He laughed because he was terrified.

I was driving back home from college for my first break, over the Thanksgiving weekend; roughly a 3.5 hour drive. I was speeding, doing 90-95 in a 75 and promptly got pulled over by a cop. He came over to the window, and asked where I was going. I told him I was driving home from college. He asked why I was driving so fast. Without hesitation, in my best 4 year old boy voice said “i miss my mommy.” He laughed and let me go. — Danny C.

Bonus 2: The many faces of karma/People are terrible

A. I manufactured a story about breaking up with my girlfriend (now fiancée) and her subsequent moving out of my apartment to get the cable company to keep me on the 12-month introductory rate since I wouldn’t be able to afford the price increase with her leaving. The guy on the phone was so rattled that he even threw in free Showtime. At the time, this didn’t seem like much, but then Homeland started. I don’t even feel a little bit bad. — Sam H.

B. A (girl) friend of mine was unprepared for a final college exam and decided to fabricate a story. She told the professor her mother had been paralyzed in a car accident. She successfully postponed her exam,
however, the karma gods caught up to her as she was pregnant with twins within 12 months. #twinning — Cannon from Arlington, VA

C. When my brother was 18 or 19, he often used an old ID of another brother who is a good 5 inches taller than him and had a drastically different haircut. He made sure to memorize all the important information, including Social Security number just in case. While leaving a liquor store once, he got stopped by a Police Officer and carded because apparently the store had been selling to underage kids. The Police Officer asked for all his information and went back to his vehicle. When he came back he said “Everything checks out, but this picture just doesn’t look like you.” In a moment of panic and pure inspiration, my brother said “I have cancer and lost all my hair in chemo,” which was a blatant lie. The cop immediately handed the ID back to my brother, apologized, and walked away. — Drew from Newton, NJ

Top Ten!
10. Last year I was at my parents house for the weekend a couple weeks before New Years and my mom found a conversation on the computer between me and a friend in which I was inquiring about purchasing some “disco biscuits.” Luckily, the most specific it got in the conversation was that I was asking about pills, so that left me some wiggle room.

When she confronted me about it and started giving me the drugs talk I decided in the moment that telling my mom I was buying Viagra was a way better idea. The conversation got weird, and she awkwardly said she didn’t believe me because I am 23 and couldn’t possibly need it. My rebuttal was that I was going to be drinking a lot, and well … it might not work as advertised if I had a lot to drink. Her skepticism continued, and she said “So expect me to believe you’re not buying drugs, and you want to take Viagra just so you can drink and have sex all night on New Years?” At that point I just gave her a big DUHHHHH and the conversation was over.

9. At Mardi Gras, my ex girlfriend let me have one night out with just my buddies, I was out at the strip club until 7am, called her for a ride home and told her I got mugged and left in an alley. I rubbed dirt all over myself to make it believable.
— Chris P. from NYC

8. When I lived in Sydney, I met this girl who told me she had a knack for coming up with reasons for not getting assignments in on time. My favorite was for a paper she had to complete, but hadn’t started the day it was due. She worked herself into a frenzy, went to school and saw her professor, where she claimed her apartment was raided by police. It “seemed” her roommate was suspected of collecting a large amount of child pornography, and her computer was taken by the cops as part of the search.

7. My family goes to the beach every summer for a week from Saturday to Saturday. I was taking a summer class. The final exam was Tuesday of that week. My parents left Saturday AM and I was going to head down after my exam. You know what that means. Saturday night RAGER!!! I’m talking late 90’s teen flick RAGER. One of the kids parents had to come and get him out of my bathtub. I had a foursome and when I walked out of my room there were 15 people chanting my name.

My house was destroyed. I was able to clean up everything inside, but some jackhole ripped out a bunch of bushes and kicked a newly planted tree in half (about $2500 worth of damage). Didn’t know how to fix that. So the night before my family came home from the beach I had 3 friends egg the shit out of my house. My sister was hanging with a sketchy crowd back then and I was hoping they would get the blame for the eggs and the landscape rape. And did they ever. It was awesome. I had to clean up a bunch of egg with my dad, but I never got caught for the party. — Timothy B.

6. A beggar in Montreal asked my mother for change. (In French, of course) My mother responded that she was very sorry and would love to help, but did not speak French. (She does) My mother’s friend then asked what my mother had said to make the beggar look so bewildered. Which is when she realized she had reflexively answered the beggar in French. — Ben S.

5. My dad told this story to my brother and I before we went away to college. When he was in college he went out with three of his buddies the night before finals. They thought they knew their stuff and the final exam was going to be a cake walk, apparently the teacher used the same exam each year and they had the answers. They end up going out all night and not making it to their class in the morning. They rush in half hour late and told the professor they were on their way but blew out a tire on the drive. They were surprised when the professor said no problem they could come back tomorrow evening to take the exam. They were all very relieved. When they arrived the next night for their exam the professor placed them in seperate rooms and handed out the exam. My dad opened it up and there was only one question it said “Which tire on your car blew out on the way to your exam? If all of the answers match you will each receive an A for the exam.” My dad and his friends took the same class again the next semester.— Timothy E.

4. I worked at a Walgreen’s my sophomore year of college in Florida. At the time, Hurricane Ivan was on its way to wreck shit, so I decided to make the 4-hour drive home to Miami. The hurricane amounted to little more than rain. I was on the work schedule, but fuck that. When I got back, they asked where I was. I told them I went down south to shelter up a relative’s house since they were out of town, and the neighbors thought I was breaking in, so they called the cops and I was hauled off to jail, where I remained for the weekend. I worked there for another 8 months.— Marques B.

3. Headed back to campus after a night out, my buddy & I in are in a late 70’s Olds Cutlass and came off the highway at 70MPH to a quick appearing yellow light. He guns it but as he does we see a cop. He slams on the brakes, but by the time he can stop this massive car we’ve skidded under and 25 feet past the light. He throws it into reverse and quickly pulls into the light’s shopping center, parks, jumps out and starts looking questioningly at his vehicle. As the cops approach he gets halfway under the car and says to them “I don’t know what happened, I hit the brakes … nothing happened until I slammed them down and then they locked up.”

Next without a pause to allow a response he says “Do you have a flashlight?” To my disbelief the police officer goes & gets the flashlight and hands it over. My buddy proceeds to spend 3 minutes looking under the car (needless to say my buddy knows zero about cars). Finally my buddy gets back into the car, checks the brakes and says they seemed to be working, goes back under the car one more time and comes up saying he can’t find anything wrong. The police officer doesn’t know what to make of this, so simply takes back his light and tells us to drive home carefully. Never a question about where we were or if we drank, my buddy just magically shifted the context into help mode. — Rich S.

2. When I was 15, I came home staggering drunk one night and my mom busted me as I came in the door. I told her some kids had stopped me on the street and made me drink or they were going to beat me up. She bought it. Pure brilliance. (Didn’t ever work again though.)
— David S. from Jonesborough, TN

1. I had spent an entire semester ripping my bong and forgot to go to class. By the time I finally cracked open the textbook 2 days before the midterm (worth 40% of the final grade), I knew it was too late. So, naturally, I faked a death. No, not my own. I faked my grandfather’s death. Keep in mind, at the time my grandfather was alive and well and quite possibly the sweetest old man you can imagine. The professor and the administration were very sympathetic and understanding, all they required was a death certificate! At this point, any self-respecting, grandpa-loving, moral human being would just fess up, right?

I, however, get on the website for my hometown newspaper and find some poor old guy who conveniently died on the day in question. Then, I phone up the Vital Statistics office of my State government. I tell them that I’m keeping a family tree and would love an original copy of the death certificate for my recently deceased relative. “No Problem! Where would you like us to send it?” I produce the certificate and I am allowed to skip the midterm entirely. I have been told that I am a cold, cold bastard for profiting from the death of one possibly innocent old man, and the fake death of another unquestionably sweet one. — Andrew P.

American ingenuity is not dead, as long as we’ve got men like Andrew.