About Last Night: LeBron’s Style Will Not Be Cramped 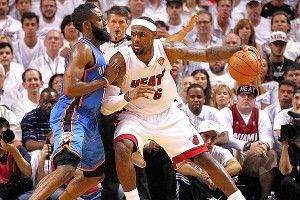