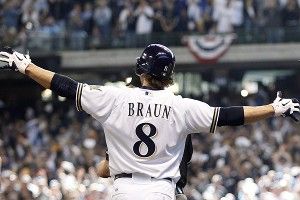 ENOUGH WITH THIS JOKING!

It is that time, you sons and daughters of Grantland: PARTICIPATION FRIDAY!

Each week, I ask you, the reader, to submit your tales of triumph and tragedy. You’ve delivered in style over the past month on a variety of topics:

When I was a lad of 17, I got to go on my local news station to discuss whether my high school’s mascot should be changed from Redskins (offensive) to Red Storm (not offensive, except to Native American storms). It was the highlight of my young life, and I’m happy to tell you that I was on the side of good, even though I looked and sounded like an idiot. This week, I’d like to hear stories about your Fifteen Minutes of Fame. Good, bad, neutral, whatever — let’s see you at your most famous. As always, anonymity is allowed to prevent public humiliation, and humor is appreciated. Instant stardom awaits — I’ll run the top 10 emails on Monday.