A Storage Unit, Patrick Ewing Plate, and Jan Stephenson’s Past and Future 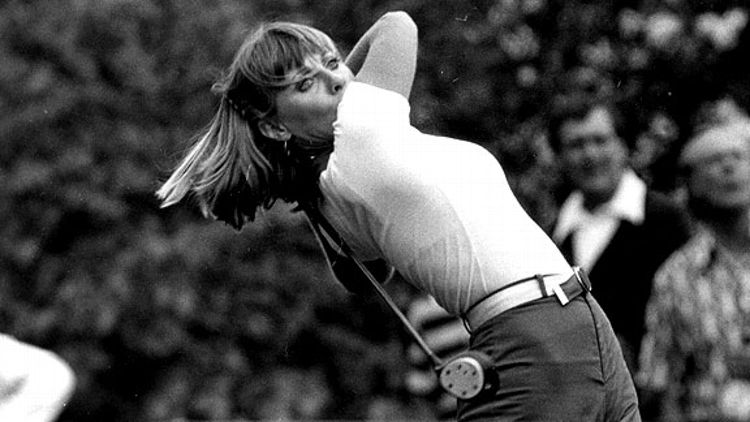 Thanks to eBay, you can now buy things all sorts of random things that you didn’t even know you wanted. Here’s a list of various sports-adjacent things we found this week.

OK, so, I sort of really respect this seller. Not only does he have a “I don’t give an eff” picture of the merchandise (it’s just a picture of a storage unit with a bunch of crummy-looking boxes), he makes a really compelling pitch in the item description:

START YOUR OWN BUSINESS, ADD TO THE ONE YOU HAVE OR JUST ENJOY A HUGE COLLECTION THAT WILL TAKE YOU YEARS TO PROBABLY GO THRU.

IT IS TIME FOR ME TO RETIRE FROM COLLECTING SPORTS CARDS!!

I CAN ALSO SHOW YOU HOW TO MAKE $1000’S A MONTH EASILY LIKE I HAVE WITH THIS COLLECTION!!

BESIDES THE ENTIRE UNSEARCHED ENTIRELY FILLED FROM FLOOR TO CEILING STORAGE UNIT YOU WILL GET ALL THE ITEMS I HAVE CURRENTLY LISTED FOR SALE IN MY AUCTION LISTINGS AND 1000’S OF ITEMS I HAD LISTED THAT WENT UNSOLD IN THE LAST FEW MONTHS ON EBAY!! THE PICTURE SHOWS JUST THE STORAGE UNIT,BUT I ALSO HAVE LOTS OF ITEMS AT MY HOME THAT I WAS GOING TO LIST IN FUTURE AUCTIONS.

In Michael Jordan and other high dollar $ alone,there is probably $100,000 worth of items without counting the storage unit!

One of the most dynamic big men to have ever played the game, nothing says “living legend” and “Hall of Famer” like having your own commemorative plate. Just ask Kristi Yamaguchi and Tom Selleck (most commonly known as Richard on the NBC sitcom Friends).

Most people know Rick Dempsey as a catcher for the Orioles, but what most people don’t know is that he had his own signature pizzas and deli. What even fewer people know is that Dempsey sold his signature pizza recipe last year and it has now been branded as the Domino’s “Artisan Pizza” line. (The last fact has not been checked or sourced, but is most likely safe to assume/believe.)

OK, this one is just awesome.

The title says it all, doesn’t it? A photo of Jan Stephenson!!! Sitting against a table!!! Looking!!! But the bigger question here is, at what? What is Jan Stephenson looking at? Is she just surveying her next shot? Maybe. But maybe she’s looking into the future. She’s seeing a day when she’ll be on the 11th season of Australia’s Dancing With The Stars (did you know that Australia has had 11 seasons of Dancing With The Stars? Insane.) only to be unceremoniously kicked out the second week for a subpar samba. Who knows.