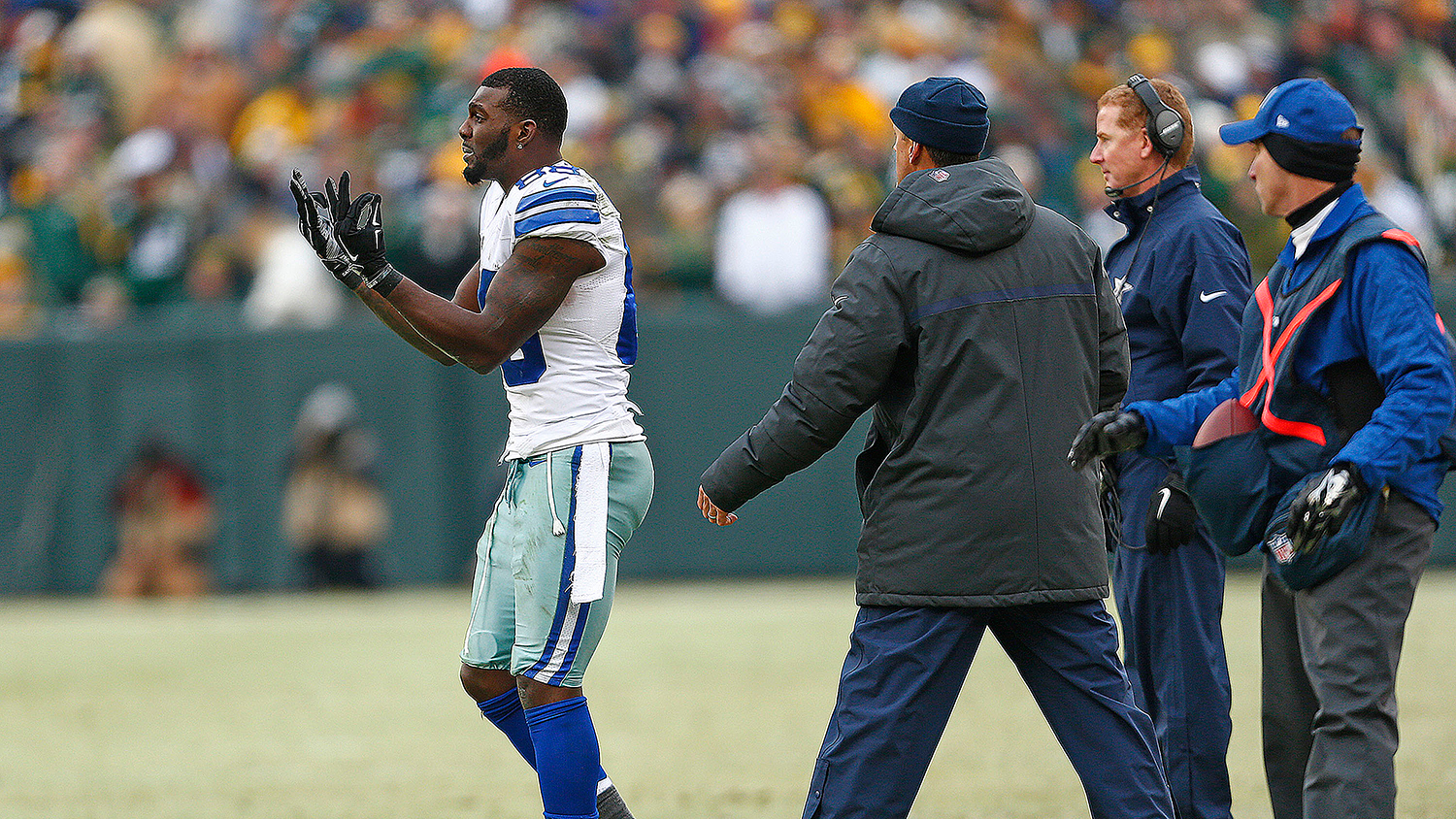 When did every network hire its very own replay consultant? When did that become a thing that every broadcast needed? Having one Mike Pereira was bad enough. Now they’re everywhere.

The best part is how often these replay experts pop up out of nowhere, confidently explaining to America why a play will or will not be overturned, and then the opposite happens on the field.

One of those awkward moments happens at least once a game. This isn’t because the Mike Pereiras of the world are bad at their jobs. It’s because there are so many replay reviews in any given NFL game that the refs (or the Mike Pereiras in the booth) are bound to make mistakes sometimes.

In other words, the lesson we can glean from just about every replay expert is that replays don’t actually clarify anything in football. Everything is subjective. That’s why we’re here today.

It took me a full day of seething to be able to deal with this like an adult, but now it’s time to move forward. Let’s talk about it. Let’s talk about the catch that wasn’t a catch (but was definitely a catch).

We’ll go through the stages.

How is that not a catch?

It’s not just that the call ignores the spirit of the game, or the eyesight of anyone who watched the catch live; it’s also that the actual execution of the rulebook was sloppy.

This is for the all the “good call, bad rule” people: The incomprehensible language of the rules left the refs more than enough room to make the right call. Dez takes three steps, controls the ball, switches hands, and stretches for the end zone (football move!) with the ball in his other hand. The ground causes the ball to move when he reaches for the pylon, but it should have been a catch as soon as he reached for the pylon.

It also should have been a catch because everyone who has ever watched football and saw that play knew it was a catch. This doesn’t need to turn into some kind of epistemological debate. Don’t be stupid.

I by no means cheer for Dallas but I have no idea what or how thts not called a catch . Thts a joke

Don’t get sucked into the bureaucratic abyss of the NFL’s rulebook. The whole play comes down to whether you think Dez was consciously going for the end zone and reaching for the pylon. I’m a biased Cowboys fan, so I think he was, but either way, it’s a good debate. And when it’s this close, aren’t refs supposed to err on the side of what they called on the field?

That’s why it was really bullshit. The refs had every excuse not to make the wrong call, and instead they went above and beyond to overturn the right one.

Speaking of the Packers, where was the reversal on Randall Cobb’s catch before halftime? Not enough evidence to overturn the call on the field? Excellent.

The stakes weren’t the same, though.

Come on. Don’t act like the Cowboys deserved this.

While we’re here: You would think watching the Cowboys getting their karmic comeuppance in such spectacular fashion would have looked like a religious awakening for most sports fans. Like some combination of Steve Ballmer and J.R. Smith and this:

… but honestly, it feels like most folks have been pretty restrained toward Cowboys fans through all of this. That’s probably the best testament of all to how awesome that catch was.

It’s been almost 48 hours, and I’m still pissed. Everyone knows the Cowboys got screwed, and it will never matter. I’m pissed because I’m looking to tweets from Odell Beckham and Lions players for sanity. I’m pissed because the NFL has made me one of those people who posts memes.

But this is what the NFL does now.

This sport exists to piss off everyone who pays attention.

Some transgressions are worse than others, but the general theme with the current NFL is incompetence and outrage. Last week it was the Lions, this week it’s the Cowboys, and in a few weeks it will be something else. What happened Sunday won’t stop me from watching pro football going forward, but it was one more reminder that everyone should probably stop expecting anything different.

Would I be writing any of this if Green Bay had gotten screwed instead of Dallas? Of course not. But that’s part of the point, too. I’ve been bitching about football all year, but the Cowboys winning helped me ignore it for the past month.

That’s probably the truest thing about pro football in 2015. It’s possible to tolerate everything that’s obnoxious about the NFL — the endless replays, the sloppy play, announcers blindly stumping for Roger Goodell’s integrity, the apathy from the league itself — but the second your favorite team stops winning, caring about this sport “getting it right” becomes more trouble than it’s worth. Who wants to be pissed off all the time?

These angry controversies happen so often around football that you have to assume that this is how the NFL wants it. Outrage drives engagement, keeps people debating all week about rules nobody really understands, and gets people like me posting memes on the Internet. The games get worse, but the conversations become inescapable.

Blaming the league misses the point. The NFL may be dumber than ever, but nothing’s dumber than the number of people who still take this sport seriously.

It will only get more ridiculous. The draft will be pushed to Memorial Day weekend next year, player punishments will become outrageously harsh after having been so lenient, and the games themselves will continue to get sloppier and feature more Mike Pereira than ever before. The TV contracts are signed through the next decade, and the NFL will never stop making money or suffer even a little bit.

Once you spot the pattern here, it becomes a lot easier to stop caring entirely. Especially if you don’t have to care about a favorite team anymore.

Just enjoy Kam Chancellor launching his body at Green Bay’s entire offense while the Seahawks torture Aaron Rodgers. Enjoy Tom Brady trying to become the greatest quarterback of the past 25 years. Enjoy Gronk playing football like a dinosaur. Beyond that, the best way to get over the Dez debacle is to just stop pretending this league will ever make sense.

Maybe all sports are better off as a sideshow that we don’t take seriously, but the new NFL is definitely better off as the sideshow nobody takes seriously. This is comedy, not drama.

Now I’m free — not invested, don’t have to pretend to care about any of this anymore. The Cowboys lost in the worst way possible, and now I’m free to enjoy the NFL in the best way possible.