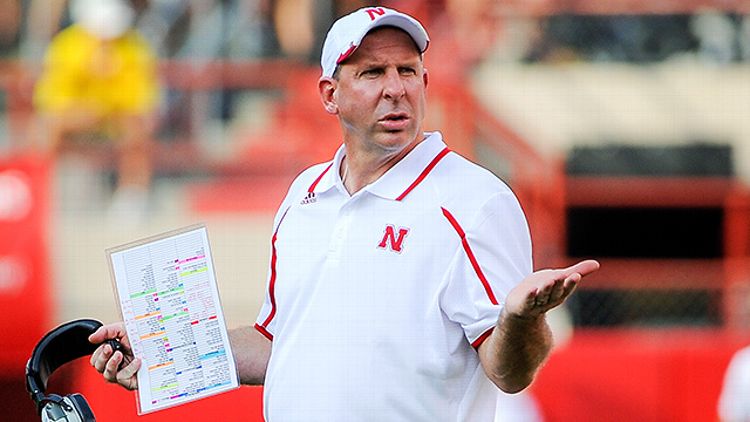 Nebraska football coach Bo Pelini is having a little bit of a week. On Saturday, his Cornhuskers turned a 21-3 lead over UCLA into a 41-21 home loss in the space of one half of football. By Monday morning, he was embroiled in a public spat with Nebraska football hero Tommie Frazier over the direction of the program. And then there was the thing where a two-year-old audio recording of a private conversation Pelini had after the Huskers’ 2011 victory over Ohio State got leaked to Deadspin.

Pelini apologized Monday night, accompanied by stern, pearl-clutching statements from Nebraska’s chancellor and athletic director. It’s a good apology. You won’t find any wishy-washy “sorry IF you were offended” or “it was not my intention to” in it:

“I want to sincerely apologize for my comments from two years ago which became public today. I take full responsibility for these comments. They were spoken in a private room following the Ohio State game. I was venting following a series of emotional events which led to this moment. That being said, these comments are in no way indicative of my true feelings. I love it here in Nebraska and feel fortunate to be associated with such a great University and fan base. I again apologize to anyone whom I have offended.”

There’s context here, on both sides. There’s Pelini’s 48-20 record through five full seasons at Nebraska, built on five years of nine or 10 wins and four losses, regular as anything. There’s the streak of five consecutive bowl appearances in respectable postseason contests like the Capital One and the Gator, some won, some lost. There’s Nebraska’s 2013 record, 2-1 following the UCLA face-plant. There’s the Huskers’ defensive backsliding in recent seasons.

There’s the fact that there was no good way out of the situation into which Frazier put Pelini; of the bad ways out available to Pelini, he took one of the worst. There’s the matter of what exactly fans who left that Ohio State game missed out on, and that Pelini’s postgame comments were entirely understandable.

None of this actually matters. There’s plenty of context here, but in this case, it’s entirely irrelevant. “It took everything in my power to not say, ‘Fuck you, fans. Fuck all of you,'” Pelini said. And he didn’t. That’s it. Bo Pelini is a public figure. This comment wasn’t made in public. And Pelini having to apologize for two-year-old private comments that just happened to make their way into the public sphere after an embarrassing game is fucking bonkers.

The Huskers have a pretty favorable schedule from here on out, as Big Ten schedules go. They have to go on the road to Michigan and Penn State late, but they get Northwestern and Michigan State at home, and they miss Ohio State and Wisconsin entirely. There’s every chance we’ll see them in another January bowl game this winter. After that, there’s every chance Pelini finds his way out of Lincoln, or someone finds a way out for him.

This isn’t doomsaying; maybe two years from now, when Pelini has presided over a couple more nine- or 10-win seasons with the Huskers, we’ll all feel pretty silly. But right now it’s hard to imagine any involved party, Pelini included, who wouldn’t be happier on a new path.