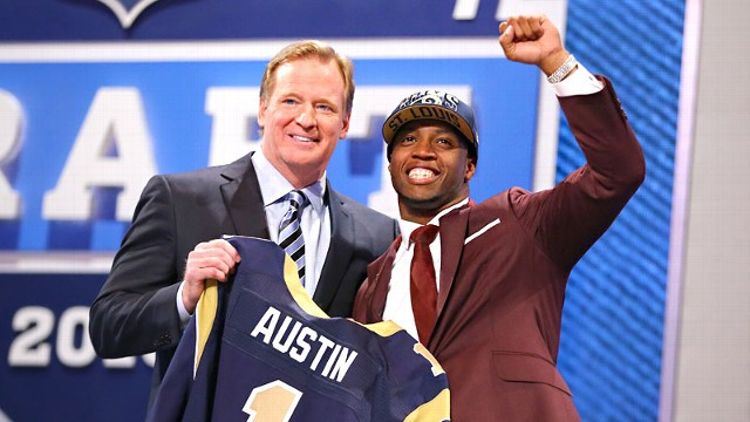 Three years ago, the NFC West was, without argument, the worst division in professional football. Marshawn Lynch beasting people and their 41-36 win quickly made the circumstances of getting there unimportant, but it hasn’t been that long since the Seattle Seahawks were 7-9 and hosting a playoff game. It was a historically bad collection of teams, and that futility is what makes the current NFC landscape so difficult to understand.

With offseason personnel moves all but over, the NFC West is home to the two most-talented teams in the conference — if not the entire league. Dirt-cheap quarterbacks have helped the Seahawks and 49ers build two of the deepest rosters in football, and the idea of (at least) two games between those teams feels like more than we, the football-watching public, deserve.

What makes the NFC West the best division in football, though, is that the talent isn’t limited to the left coast. Seattle and San Francisco are undoubtedly the class, but what Les Snead and Jeff Fisher are building in St. Louis isn’t to be overlooked. As Chris Sprow wrote in March, St. Louis drastically improved last season, but the normal signs of why a team might slide after that sort of jump aren’t there in St. Louis. The Rams were outscored by only 49 points all season, and 38 of those were in a loss to New England in London. Against its two big-time division opponents, St. Louis was 2-1-1, and overall, there’s a good chance the Rams are even better this year. They don’t have the luxury of a tiny QB price tag like the one held by Seattle or San Francisco, but it hasn’t stopped them from amassing a crop of young players that figures to set St. Louis up quite well for its future. Trading the no. 2 overall pick before last year’s draft has provided the Rams with a stable of picks (and as a result, cheap young pieces) that’s allowed Snead to reshape his team’s roster.

Armed with two first-round picks this year, the Rams traded up into the top 10 and grab West Virginia wide receiver Tavon Austin, who had turned into one of the more coveted players in the entire class. Later in the first round, St. Louis traded down and recouped a third-round pick while still getting the player it wanted all along, Georgia linebacker Alec Ogletree. A draft shouldn’t be measured by a team’s excitement concerning its haul (they are the ones doing the picking), but Austin and Ogletree (the latter whom slipped significantly because of some off-the-field issues) were two of the most talented players available and only add to the young core St. Louis already has in place.

Last year, the Rams took a chance on another character-issue concern in Janoris Jenkins, but the second-round pick showed enough flashes that the Rams can probably call the choice a win. Chris Long is still just 28 and remains one of the best pass-rushers in football. James Laurinaitis is only in his fifth season, Michael Brockers had a very solid rookie year after going in the first round a year ago, and although his 2011 draft classmates have skewed our understanding of how fast defensive linemen develop, Robert Quinn has shown some promise in his first two seasons.

The other side of the ball is where St. Louis made its two biggest moves in free agency with tackle Jake Long and tight end Jared Cook. Cook has been considered a breakout candidate for a couple years now, but the quarterback play in Tennessee never really lent to it. He’ll be better with Sam Bradford. Long’s injury concerns are very real, but if he does return to anything close to his old form, the Rams will have gotten a steal. Either way, his presence allows St. Louis to improve at both tackle spots, with former left tackle Rodger Saffold moving to the right side. Another boost will be the return of a (hopefully) healthy Scott Wells, the St. Louis center who had an excellent 2011 in Green Bay before spending most of last season either gimpy or on the sideline.

Like most teams, though, St. Louis’s ceiling will be determined by the level of its quarterback play. Since he arrived in St. Louis, no quarterback outside Jacksonville has had more of a dearth in receiving talent than Bradford. Outside of Danny Amendola (who constantly struggled to stay on the field), Bradford’s had little else to work with — a situation that I’m sure the Rams hope to change this year. The development of second-year players Chris Givens and Brian Quick (as well as the arrival of Stedman Bailey, who St. Louis took with the third-round pick it got in the Ogletree trade) will be important, but it’s Austin who figures to change the entire fabric of St. Louis’s offense.

The Rams didn’t trade up eight spots to take a slot receiver. It’s likely that Brian Schottenheimer will be doing his best to get Austin the ball in any way he can, and I can’t imagine Bradford will have a problem with that. With improved play up front and the addition of players like Cook and Austin, Bradford and the Rams passing game figure to be as good as they’ve been during his time there. St. Louis still has holes (running back, safety), but its turnaround hasn’t been unlike its championship-contending division mates. The Rams may not be there yet, but they’re already a team no one wants to play.