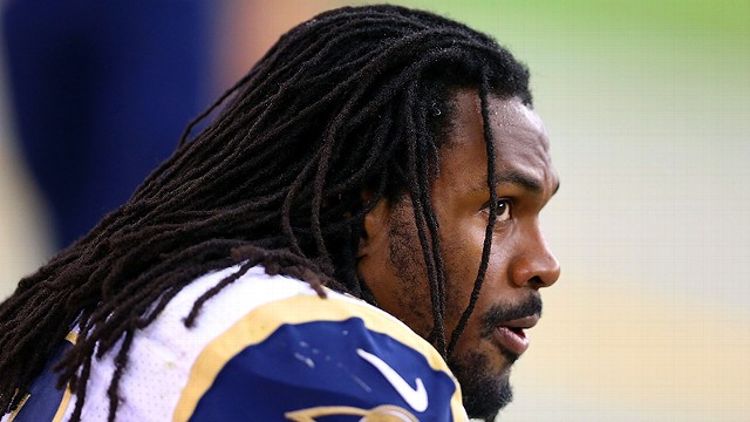 Back in December, when Steven Jackson became just the 26th member of the 10,000-yard club, my reaction was somewhat celebratory, but mostly, I was just depressed. For almost the entirety of Jackson’s time as the starting running back in St. Louis, the Rams were the epitome of NFL ineptitude, and it left Jackson, clearly one of the best running backs in football, to toil on terrible offenses for the whole of his prime. It might be too late to get those years back, but it’s not too late to see what even a lesser Jackson can do in the right situation.

Other teams made more significant additions this offseason, but for someone who casually watched a lot of Rams games in the past eight years (starting college in Missouri in 2006, Jackson’s 1,528-rushing-yard, 2,334 yards-from-scrimmage career year, I had little choice), there weren’t any I felt better about than Jackson catching on with the Falcons. It feels like Jackson’s been in the league for 20 years, but he’s still just 29 (he’ll turn 30 before the season begins), and there’s a good chance he still has enough left to give Atlanta’s offense a jolt.

Jackson’s 65.1 yards per game last season was the worst mark of his career, but that’s also a product of him only getting about 16 carries a game — again, the smallest average of his career. On a per-play basis, Jackson was still a valuable piece of the Rams offense. He ranked 11th in rushing DVOA among running backs last year according to Football Outsiders, and his 4.1 yards-per-carry mark is right in line with what he has done for most of his career. The concern here is more Jackson’s age than the decline in his productivity. We all know the career death sentence that comes with a running back’s 30th birthday, and even though I know this is an instance of me falling into the offseason spin, I’m buying what the Falcons are saying in regard to why Jackson isn’t doomed to the same fate.

Mike Smith said earlier this month, after Jackson supposedly wowed everyone with his conditioning when he arrived at Falcons minicamp, that his new running back is “almost 30, but in a 22-year-old’s body.” This shouldn’t be a surprise. The 6-foot-2, 240-pound Jackson has always been among the most impressive physical specimens in the league, and now he’ll have a chance to show off the well-rounded game that comes with it. Michael Turner was never a good fit as the Falcons developed into a pass-happy offense, but with Jackson, Atlanta has a back with a history of being one of the best pass-catching running backs in football. Jackson’s lowest reception total in a season was last year, with 38 — exactly twice as many as Turner’s best year. Jackson caught 90 passes in 2006, and even if those days are long behind him, the threat of a receiving back on every play adds another dimension to an offense.

A few weeks ago, Jarrett Bell wrote in USA Today that in comparing himself to other backs near the end of their careers, Jackson went with Curtis Martin, who tallied two 1,300-yard seasons after turning 30 and actually led the league in rushing at age 31. Jackson enters his age-30 season with about 220 fewer carries than Martin had at the same point in his career, and although he isn’t likely to put up anything close to a 1,597-yard season, that’s fine — Atlanta doesn’t need him to. As part of a team that leveraged much of its future to trade for Julio Jones and is expected to hand over a massive contract to Matt Ryan at some point this year, Jackson will only be expected to be a reliable piece for 15 or so carries (and a handful of catches a game). Considering Jackson’s physical makeup, his fit in Atlanta’s scheme, and his continued success when handed the ball, there’s a chance we see a late-career run from a player who deserves it more than just about anyone.

Your Semiannual Reminder That Dirk Nowitzki Is a Self-Aware Genius