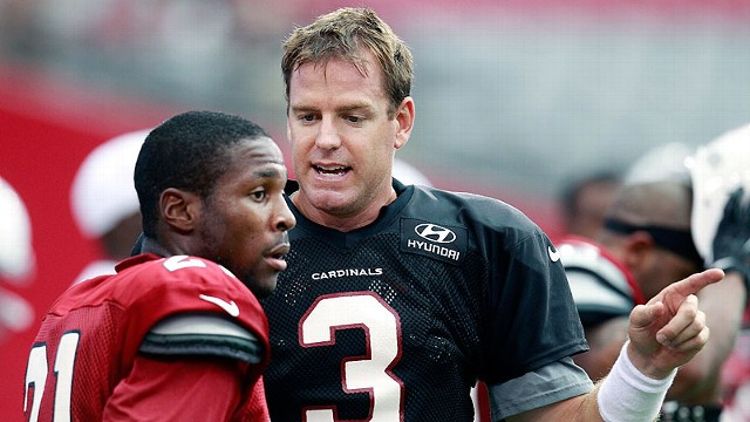 It seems like every offseason comes with stories about a cornerback playing offense, but this time I want to believe it’s actually worth talking about. Over at Cardinals camp, Bruce Arians is apparently using Patrick Peterson in a significant way for Arizona’s offense, and both Arians and Carson Palmer have come away impressed.

“If he wasn’t playing corner he’d probably be just as good of a receiver, H-back or Percy Harvin–type player,” Palmer said, according to Darren Urban of the team’s website. Arizona Republic Cardinals beat writer Kent Somers said seeing Peterson play so much offense has been the “most striking” thing about the team’s training camp.

Arizona drafted Michael Floyd in the first round last season to reduce the pressure on Larry Fitzgerald, and while they’re still hoping that will happen, using Peterson situationally is just another way to take the focus off the Cardinals’ best offensive player. Included in Urban’s story is a video of Peterson burning Tyrann Mathieu on a long throw from Palmer down the left sideline. Few players have the physical makeup to be an instant force on both sides of the ball, but Peterson is definitely in that group. Here’s hoping we see him with the ball in his hands a lot, because both the Cardinals and the rest of us would be better off.