When ‘Win Now’ Doesn’t Work: What’s Next for Manchester City? 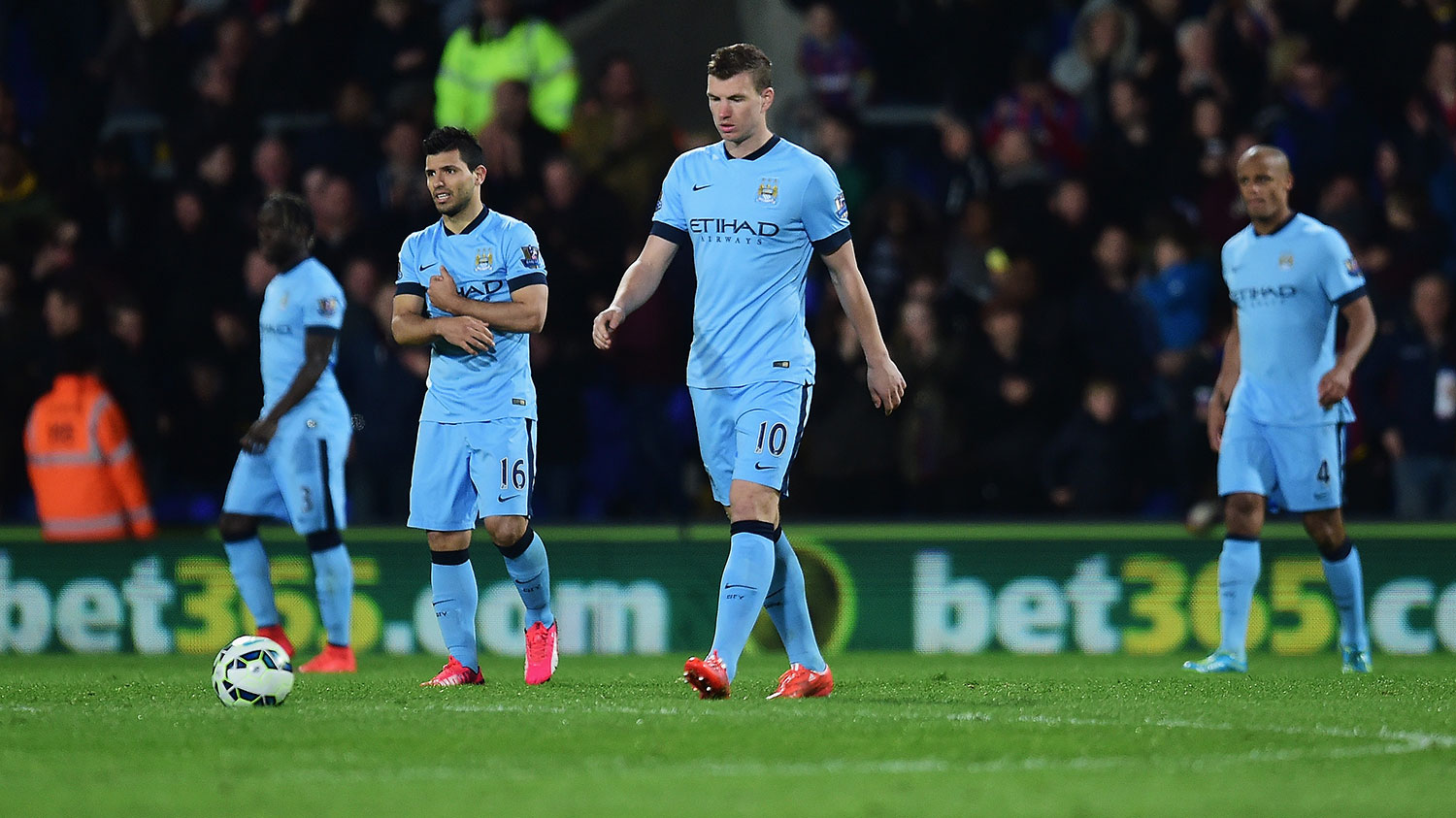 After Monday’s 2-1 loss to Crystal Palace, Manchester City now sits in fourth, trailing Arsenal and Manchester United, in addition to the nine-point gap between them and their once-supposed rivals, first-place Chelsea. While the defending champs, losers of five of their last seven,1 might be in a free fall, they’re not in any real danger of dropping out of the Champions League places, as Liverpool and Tottenham Hotspur are a full seven points behind. The season will end in disappointment at the Etihad, but it won’t also fall into the realm of “total, unmitigated disaster.”

So, although the club still has seven games left to play, the main question in Manchester is one that looks forward to the next campaign: City wasn’t good enough in 2014-15, so how do they get better for next year?

What Exactly Is the Problem? 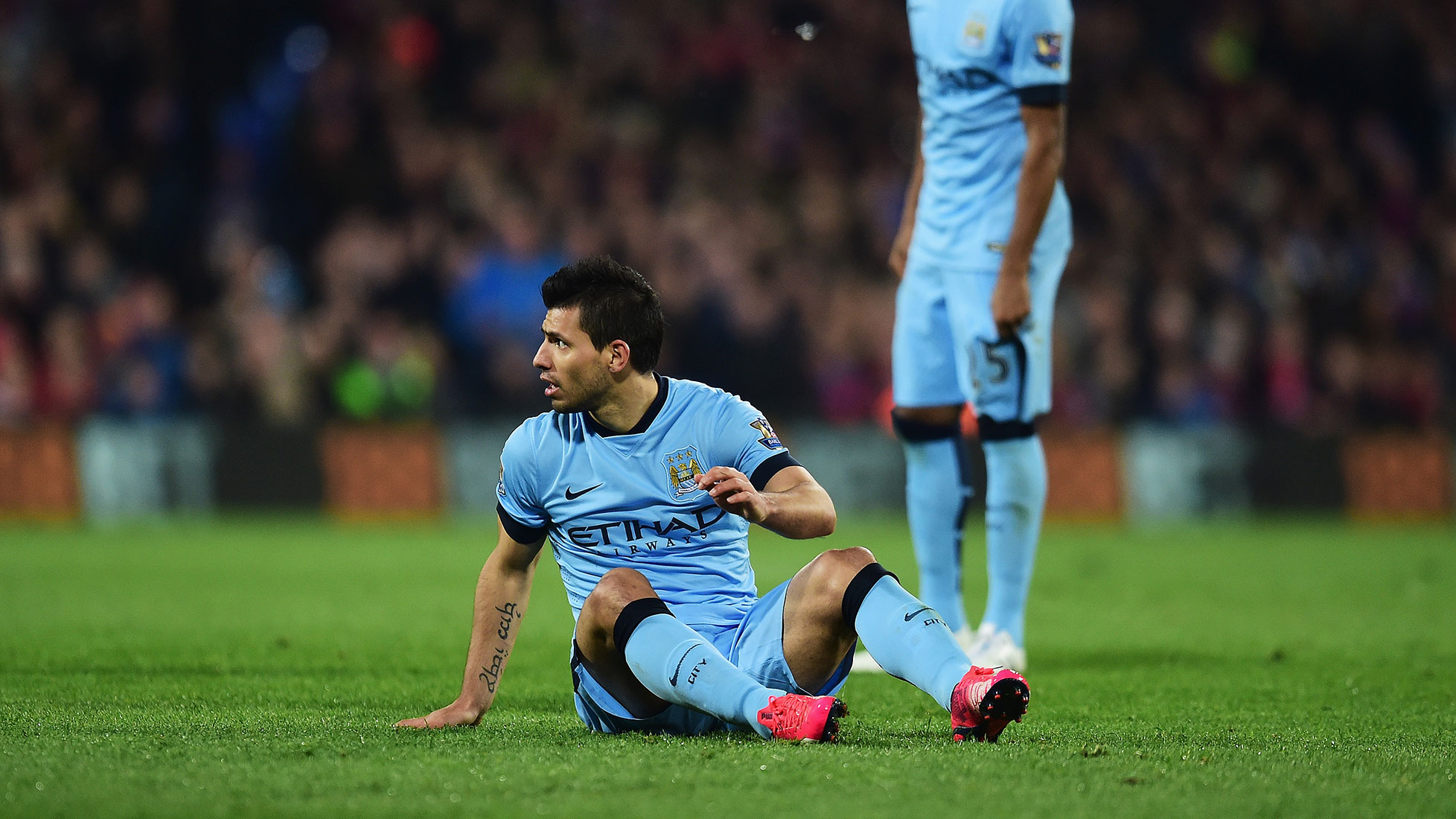 Believe it or not, it’s tempting to say there’s nothing wrong with Manchester City. Of course, they’ve now lost to Burnley and Crystal Palace over the last three Premier League games, but their underlying numbers still look very good. On the season, they lead the league in shots, shots on target, and expected goals per game.2 Their 61 percent possession average is best in the league. They’ve conceded the fewest shots per game, the second-fewest shots on target per game, and the fourth-fewest expected goals per game. Those stats don’t suggest a struggling squad but rather a team that should be contending for the league title.

Still, those numbers can obscure deeper issues. Compared with last year, City are simply not as good at creating high-quality opportunities. The 2013-14 team created 1.68 expected goals per game on an average of 13.18 shots from the run of play. This year, City are shooting more (14.29 per game) but only creating 1.54 expected goals. The trend also holds true in the penalty area, where shots have increased from 8.42 to 9.26, but expected goals have actually dropped from 1.47 to 1.31.

With basically the same team that won the Premier League a year ago, why can’t City convert its league-leading possession into better chances? That’s a harder question to answer. Certainly, injuries play a part — let’s not forget that James Milner was starting at striker at one point this season. Due to both injury and managerial preference, Jesus Navas, who has already started more games (20) than he did all of last year (18) and played more minutes, has often taken Samir Nasri’s spot on the right wing. Similarly, Aleksandar Kolarov seems to have fallen behind Gaël Clichy in the pecking order at left back. Add in Fernandinho missing significant chunks of the early part of the season as he recovered from the World Cup, and Yaya Touré’s month-long trip to the African Cup of Nations, and while it may not be a satisfying answer, there are at least the outlines here of a squad that spent large parts of this season not fielding its best team in its best form.

How Can City Improve? 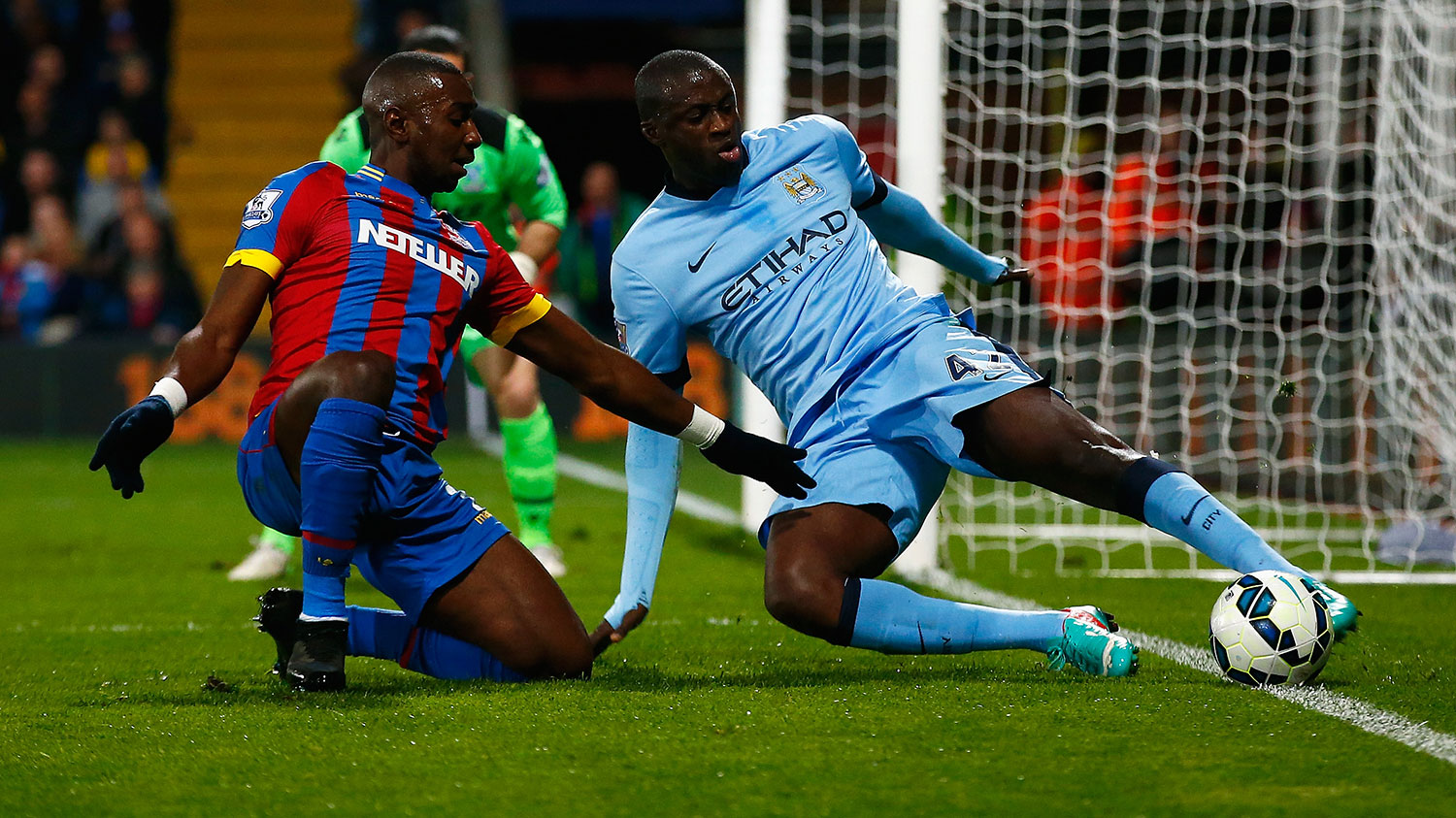 The good news for City is that they’re still really close to the Premier League–winning side they were last season. The bad news is that this roster probably isn’t going to improve much on its own, and it’s going to be hard for them to add the superstar talent that they need.

As City have struggled recently, a lot has been made of their aging squad. According to Infostrada’s Simon Gleave, City are one of the teams least likely to give playing time to younger players. Yet for all the worrying about the squad’s age, the majority of the group is very much in its prime.

The issue, then, is the lack of dots before the pink area. Manchester City don’t have any young stars on the roster who will age into their primes as most of their older stars age out. There will be no gradual shifting of the burden at the Etihad; everybody is about to get old real fast.

By building their squad this way, City have also handcuffed themselves in the transfer market. Over the last two years, the club spent big on a host of supporting players, handing out hefty transfer fees and/or salaries to the likes of Fernando, Jesus Navas, Bacary Sagna, Frank Lampard, and, most recently, Wilfried Bony. They didn’t focus their resources on a superstar — a “crack” player, as Manuel Pellegrini termed it — or the kind of young talents who can improve and grow their own value. By opting for expensive, experienced depth, City built a team to win now — which worked last year and two years prior — but sacrificed roster flexibility and financial maneuverability (especially under the new, still-ambiguous Financial Fair Play rules) in the process.

One solution to that problem would be to sell some of the players they have to create both the FFP cushion and the squad room to bring in a superstar or two. But that’s way easier said than done. All of their players are at an age where they become less valuable with each passing season. Plus, most of them are making so much money that it’s hard to see other clubs being willing to absorb the massive contracts City can afford to pay. Touré is 31 and currently making over £200,000 a week. Getting that wage off the books — and not because City management doesn’t think he can still contribute — is the entire reason why they’d consider selling him to Inter Milan. In fact, conning Inter into taking on that financial burden may be City’s best hope of rebuilding their squad. If not, they face two more years with that millstone — and a bunch of others — around their necks while the “in its prime” portion of the squad begins to decline in production and continues to become less valuable.

Constructing a team for the present was great for a three-year run of two championships and another second-place finish, but it has created one heck of a crunch for the coming transfer windows. Whether the team was unable to compete this year because of injuries or player-related decline doesn’t really matter at this point. City were built to win now, they didn’t, and “now” is quickly fading into the past.