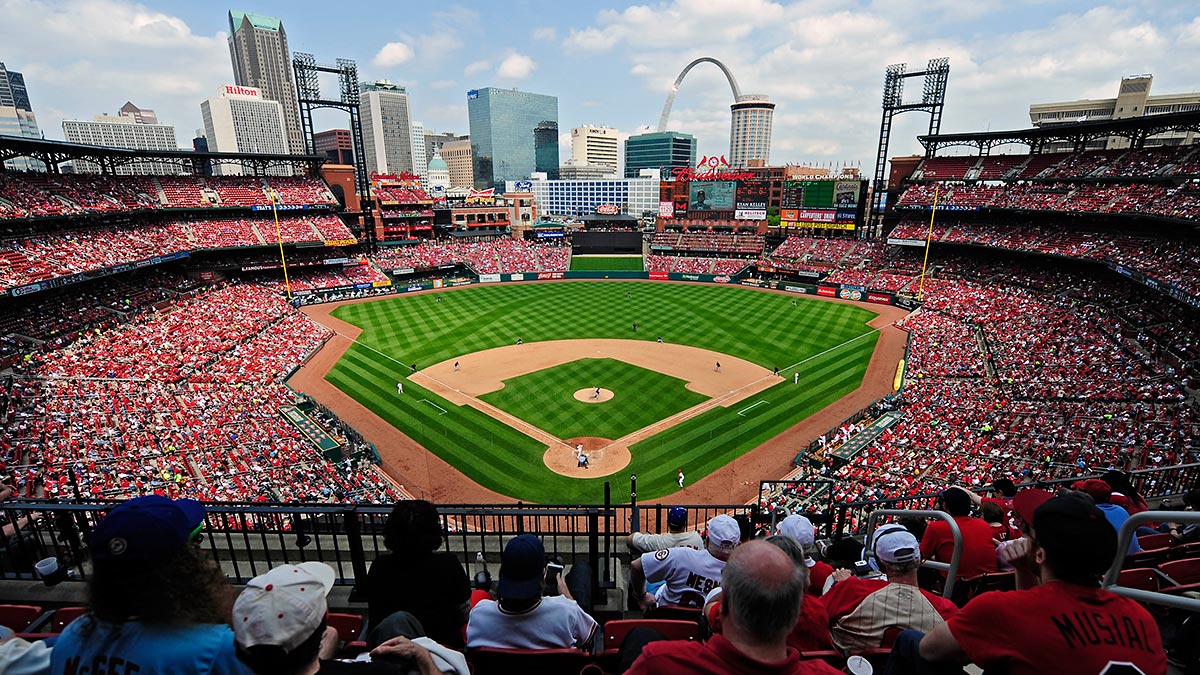 Ever since the news hit Twitter, I’ve been emitting a low-pitched hum of pleasure, like an old refrigerator, because I cannot get over how perfect this is.

Let me count the ways.

1. BFIB schadenfreude accounts for only about 2 percent of why I love this.

If a team is as good as the Cardinals have been, as consistently and for as long, two things are going to happen: First, everyone else is going to hate them, because not everyone can win at once, and the other 29 teams and their fans are going to want a turn. Second, people are going to start to impute some sort of moral meaning, good or bad, into that track record.

The Cardinals have adopted and packaged an image that casts them as a rebuke to the culture of entitlement or millennial narcissism or selfies or whatever, the last champion of an America that should’ve elected Richard Nixon president in 1960 (and hang on to that Nixon thought). In short, the narrative, rightly or wrongly, has been that the Cardinals win because they’re morally and intellectually superior.

I doubt that any fan base would, given the opportunity to walk a mile in the Best Shoes in Baseball, act much differently. Maybe St. Louis fans aren’t substantially more likely than other Americans to think that the FBI investigating the Cardinals will keep it from adequately investigating Benghazi. Maybe they’re not more likely to post on Facebook about gang initiations or the knockout game without checking Snopes first. But at least a loud minority (#NotAllCardinalsFans) is that kind of person.

So it makes sense that rather than adopting the gleeful antiheroism of Patriots fans or the aggressive Reavers-from-Firefly aesthetic of FSU Twitter, the Best Fans in Baseball have weaponized sanctimony.

Yet as fun as it is to watch that kind of person fall off his high horse, and as much as I get a kick out of tweaking Cardinals fans, that’s not even close to the most interesting, important, or even entertaining part of this burgeoning scandal.

2. This is as low-tech a data security failure as you’ll see.

Schmidt’s story used the word “hack” and its derivatives six times, which isn’t the right word for what he later reveals to be the genesis of the breach. You see, a bunch of Astros front-office folks, most notably GM Jeff Luhnow and director of decision sciences Sig Mejdal, once worked for the Cardinals. One or more members of the St. Louis front office — the FBI says it’s narrowed the search down to four or five people — became aware of a former employee’s password on the Cardinals’ intranet and used it to log into Houston’s.

In short, it’s entirely possible all of this happened because Luhnow copied his password from Spaceballs.

If you’ve watched any television or movies involving computers in the past 25 years, you know that “hacking” is what people who don’t know computers use as a catchall tool for any illicit or surreptitious access to a computer. It conjures up images of Seth Green on a laptop, chugging Red Bull while wearing a hoodie and an entire jar of Manic Panic Pretty Flamingo hair dye. This isn’t that — this is the equivalent of stealing a car that was left with the windows down and the keys in the ignition. I’m hardly the only person who’s noticed the parallels, but banking on someone reusing a password is to hacking what the Watergate burglary was to a heist. See? I told you Nixon was coming back.

Watergate, an illegal bugging operation designed to corrupt a presidential election, involving a former attorney general, former CIA operatives, and enough acronyms to start a chemical company, fell apart and brought down a presidency because a security guard noticed that someone had put tape on the latch of a door. Nixon almost certainly didn’t need to bug Democratic headquarters to beat George McGovern, nor did the Cardinals need to get into Houston’s computers in order to be one of the National League’s best teams. The Cardinals got caught because someone accessed the Astros’ intranet from a place that was easy to trace. Momentary stupidity is one of history’s great driving forces. 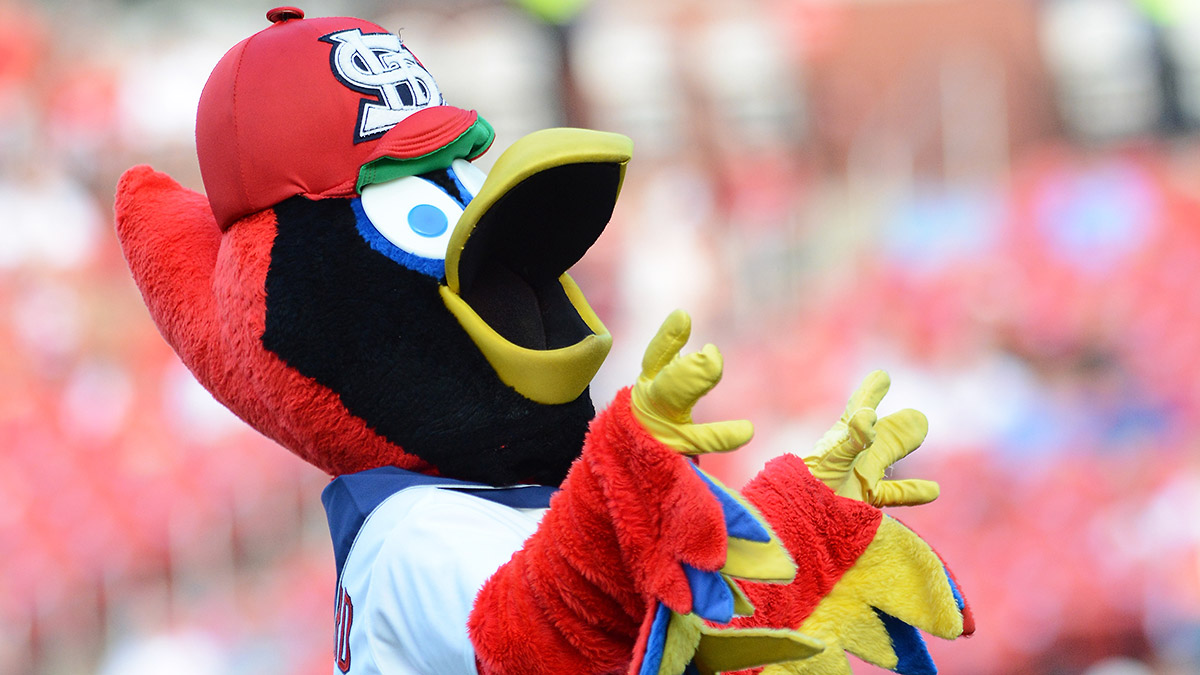 4. This is the opposite of a normal baseball scandal: It actually matters from a legal perspective.

Unlike the congressional hearings on steroids 10 years ago, the government’s involvement here isn’t federal overreach. Much as we all like to think that pro sports exist in their own legal bubble, this alleged breach will be considered corporate espionage if proved. It’s the kind of invasion that, if one government did it to another, would constitute an act of aggression. And while ESPN legal analyst Lester Munson seems to think the breach will remain in the bubble of sports, NBC’s Craig Calcaterra, himself a lawyer, notes that whoever broke into the Astros’ system could be charged with violating the Computer Fraud and Abuse Act. We know about the leak of internal discussions from Houston’s network, called Ground Control, last year, but what if more sensitive information got out? Proprietary data or statistical models? Medical data on players? That’s no-longer-joking-around territory.

5. Those stakes are going to make it tough to get some intern or IT guy to take the fall.

We don’t yet know who in the Cardinals organization actually infiltrated Ground Control, whether GM John Mozeliak knew about the breach at any point, or if he or someone else we’ve heard of actually ordered it. Baseball-Reference’s Sean Forman posited that the rogue-low-level-employee theory might actually be the most likely scenario, while Yahoo’s Jeff Passan finds it harder to believe that upper management didn’t actually know about this. I have no idea which is the case.

Ordinarily, we’d expect someone relatively low on the food chain to take the fall for this. But if the Cardinals have to deal with Johnny Law instead of just MLB, which has an obvious PR and financial incentive to minimize this story, it’ll be more difficult to get an intern or an analyst to roll over and take jail time to save his boss. I’d sell out my boss in a second under those circumstances, and so would most of you.

While all of that is extremely serious, though, it’s not unamusing to picture some 24-year-old database analyst seated at an aluminum table in a room with one bare lightbulb, telling federal agents that he’d rather die than talk. Just because investigators say the Cardinals committed egregious violations of both ethical and legal standards doesn’t mean we can’t write cheesy noir dialogue along the way.

6. It’s hilarious that this happened to the Astros.

Let’s get one thing out of the way first: None of this is the Astros’ fault. They could leave all of their data on a laptop on a bench in the Galleria and it’d still be wrong to open that laptop and look at it. Going back to the grand theft auto metaphor: Just because a car is left with the doors unlocked and the keys in the ignition doesn’t mean that you won’t get arrested for stealing it.

But if you leave your keys in the ignition, people are going to be less sympathetic about your car getting stolen. Change your damn password when you leave your employer for a competitor.

I guess to a certain extent, I’m shocked that accessing Houston’s system would have been that easy for St. Louis. MLB front offices are peopled by incredibly intelligent, diligent, savvy men and women, none more so than Houston’s, yet in an office with tens of thousands of IQ points’ worth of computer knowledge, it didn’t occur to anyone to require a fresh password every six months?

And all of that barely scratches the surface. If baseball’s recent history is any indication, the Best Breach in Baseball is going to take years to resolve and will inspire hot takes and think pieces by the truckload. Just consider how crazy yesterday was, even though we only know a fraction of the details. This is going to be indescribably fun.