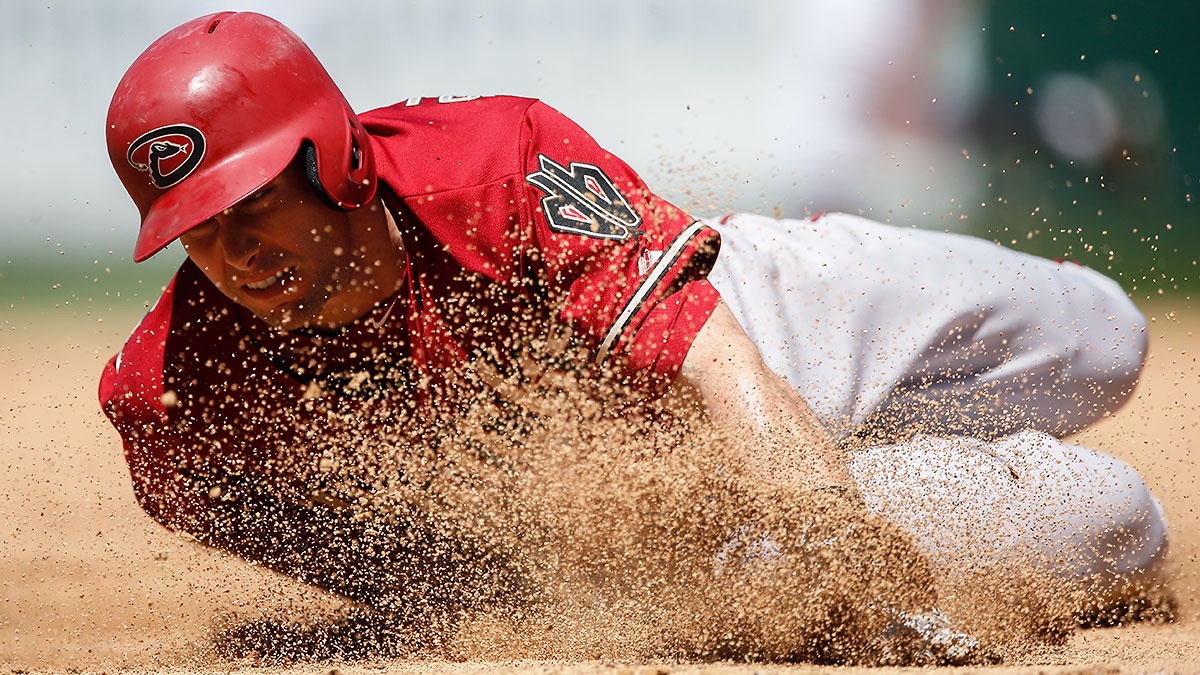 I find the defensive spectrum incredibly useful. In shorthand, good defensive catchers and shortstops barely have to hit in order to be valuable, while the big-ass men who occupy the corners of the field have to be exceptional with the bat in order to be even acceptable overall.

When I cover college baseball, I have to carry that concept around like a security blanket, because when it comes to projecting amateur players, first basemen might as well be nonentities. That’s not only because they have to keep hitting against progressively harder competition, but also because these already large individuals have to be able to remain in baseball-playing shape as they, like most men in their early twenties, get larger. For example: Back in March, I profiled two Michigan State seniors, a first baseman and a DH, who are the two biggest baseball players I’ve ever seen up close, and who each hit a preposterously long home run at Target Field in the conference tournament in May. One got a $5,000 bonus as a ninth-round pick, while the other went in the 31st round. Neither is considered to be anything of a prospect.

Even among the big, immobile corner types we see in the majors, relatively few played first base as amateurs — most of them started at shortstop or in the outfield and slid down the defensive spectrum as they aged. If you have any doubt that this is true, remember that Twins phenom Miguel Sano, who’s made 42 starts at DH and nine at third base this season, was signed as a shortstop.

In order to be a college first baseman and turn into a star at the same position in the pros, you have to be truly special: Frank Thomas-level special. But as useful as it is, being married to the defensive spectrum as an evaluative tool leaves some blind spots.

Which brings us to Paul Goldschmidt, a college first baseman who turned out to be one of those special players.

As an eighth-round pick out of a school without much of a baseball tradition, Goldschmidt was either underrated at every step of his minor league journey, or developed at a rate that outstripped what could reasonably have been expected. And now that he’s one of baseball’s best players, he’s still, to a certain extent, underrated.

It doesn’t help that he plays for a team that hasn’t been very good since he hit his prime and plays its games as the East Coast Media Conspiracy is getting ready for bed. It also doesn’t help that after lionizing large, mostly immobile first base/DH types throughout the 1990s and early 2000s, the pendulum has swung back the other way. The best position players are largely understood to be up-the-middle guys: Mike Trout, Buster Posey, Troy Tulowitzki. And many of the corner players who are at or near that level are understood to be conspicuously athletic or great defenders: Bryce Harper, The Mighty Giancarlo Stanton, Kris Bryant.

If you’re not an up-the-middle guy or a great athlete, you have to absolutely rake.

Which, to his credit, Goldschmidt does. He’s sixth in MLB in wRC+, and one of only five qualified batters to have an OBP of .400 or better. He’s hit 27 home runs, and he needs to stop soon, or else whoever writes headlines for MLB.com’s video highlights is going to run out of large creatures to use as adjectives: An August 26 home run was described in different videos as “mammoth” and “monster.” If he has a hot last month, it’ll only be so long before we’re reading “Paul Goldschmidt Hits a Jabberwock Homer, and the Mome Raths Outgrabe.”

I’m particularly fond of one of Goldschmidt’s recent home runs, which came in Arizona off the A’s Pat Venditte.

It’s worth reaching into your bag of mythological beasts for that one.

Goldschmidt doesn’t have a big, golf-like swing — the bat just gets through the zone as his hips snap open like the trigger on a spring-loaded pellet gun, and the baseball is suddenly very far away. It looks like he’s playing jai alai, not baseball.

Even with Bryce Harper serving as an impediment to Goldschmidt’s MVP hopes, Goldschmidt will get and deserve a lot of down-ballot consideration, and people who are inclined to have a conversation about an MVP even when the deserving winner is obvious will say that Goldschmidt is in that conversation.

But Goldschmidt doesn’t have to win the MVP to be considered a great hitter. We all know that he is. What gets underplayed, though, is that he’s also that athletic-type corner guy that Bryant, Harper, and TMGS, among others, get credit for being.

This, too, is common knowledge to anyone who’s played fantasy baseball in the past five years, because Goldschmidt goes in the first round all the time thanks to being a first baseman who’s usually good for a double-digit steal total. What’s less obvious is that as stolen base attempts are on the decline, Goldschmidt — whose Diamondbacks are among the few run-happy teams in the game, having stolen the second-most bases in baseball — might be, statistically, the best power/speed combination in the game right now.

Goldschmidt has stolen 21 bases to pair with those 27 homers. Nobody else with as many home runs has stolen more than 15 bases, and nobody else with 21 or more stolen bases has hit more than 15 home runs. There are players with the capacity to better Goldschmidt’s combined output in both of those categories — Trout, with his 33 homers and 10 stolen bases, comes to mind — but nobody has so far this year. That many stolen bases is, to use the official term of measurement, an imperial buttload in today’s game, particularly for a power hitter.

The last nail in the coffin of the fallacy that Goldschmidt is a big, immobile first baseman is that, in point of fact, he’s not really all that big.

I mean, compared to normal humans, being 6-foot-3 and 225 pounds makes you pretty big. But not among first basemen. So far this year, there have been 42 players who have appeared in 80 games or more with at least half of them coming at first base or DH, and Goldschmidt is completely in the middle of the pack among those guys in terms of both height and weight.

Just as Goldschmidt’s stolen base totals are more impressive under a modern paradigm, his size is less conspicuous. Casting Goldschmidt in the same family as Mark McGwire is the result of not appreciating how big modern athletes really are. Reds first baseman Ted Kluszewski was the Frank Thomas of his day, a tremendous power hitter who played tight end in college and cut off his uniform sleeves to better display his rippling biceps. At 6-2, 225 pounds, he’s the same listed height and weight as Hanley Ramirez, who until last year was a shortstop and whom nobody considers to be conspicuously large.1

We’re at a point in human evolution where guys who are 6-3 and 225 pounds can steal 20 bases a year. What separates Goldschmidt from Harper and Bryant isn’t size or athleticism — it’s defensive position only. Trout’s listed at 6-2, 235. Carlos Correa, who is a good defensive shortstop as well as being a child, is 6-4, 210 pounds. Athletes, even speed guys, are enormous. That’s just how things are now.

All of which comes back to the original point about the defensive spectrum: Big, immobile first basemen need to put up preposterous batting numbers in order to become stars. Goldschmidt, though he still takes a value hit for playing first base, turns out to be neither big nor immobile. All of that comes only as a nice bonus, because he puts up preposterous batting numbers anyway.