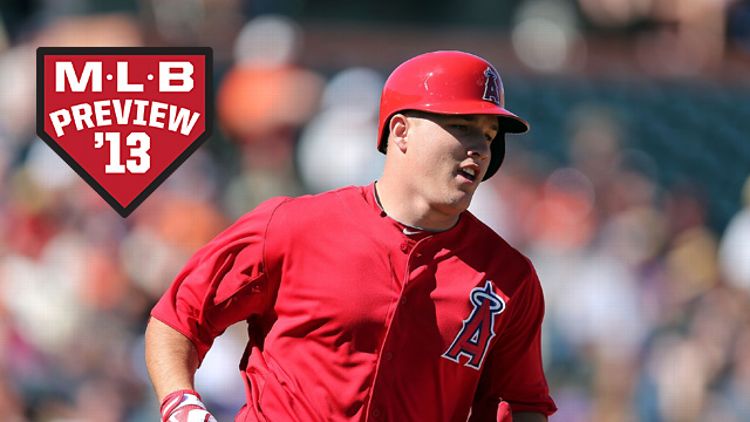 Spring training is a wonderful thing. It means baseball is back, that Opening Day is right around the corner, and that the end of winter is only a few weeks (or, if a series of increasingly poor life decisions has resulted in a life in Ottawa, months) away. I love reading spring training stories.

Guys showing up with wacky beards

Brian Wilson seemed to be the guy who started this. Last year it was Jayson Werth. This year it’s still Jayson Werth (that thing scares me), though Danny Espinosa thought about it and Josh Reddick is upping the ante by going all prop comic.

Here’s the thing: Novelty beards are fun when a few guys have them. But once you start making a big deal out of each and every one, it becomes a trend. And you don’t want to go down this path. Walk away while you still can, baseball. I’m a hockey fan — you’re just going to have to trust me. You don’t want to find out where this leads.

So let’s all agree to ease up on the wacky beard stories and keep the grooming focus where it belongs: on Tim Lincecum’s new haircut.

These stories serve as a nice reminder that Opening Day is on the way, but they’re not especially interesting otherwise. A team naming its starting third baseman might be news if, for example, the guy he beat out is going to the bench. A team naming an Opening Day starter means all the other guys in the rotation are … still doing the exact same job they were always going to do, just on a different day. It really doesn’t matter.

It’s a nice insight into a team’s thinking about which of its pitchers is going to have the best season and/or is emotionally fragile enough to sulk over any perceived slight, but that’s about it. Start putting any more stock in it than that, and you end up thinking Jack Morris is a Hall of Famer. And then we all lose.

Players who aren’t participating in the World Baseball Classic

Every time the WBC rolls around, the focus seems to be as much on who’s not playing as who is. Team Japan is missing some of its most famous names. Team USA seems oddly short on star power. Russell Martin no-showed Team Canada (and Joey Votto might, too). That one Australian guy who kind of knows how to play baseball doesn’t seem to be playing.

It all misses the point. The tournament was never going to be a full-on best-versus-best affair. The odd spring training timing all but assures that. And that’s fine, because that’s not what the event was supposed to be in the first place.

Rosters that are a mix of superstars and virtual unknowns are a feature, not a bug. The fact that a team like Japan can be the defending champion and favorite despite not having a single current MLB player on the roster is part of the tournament’s appeal. Why not enjoy it and keep the WBC focus on players who are actually there?

Rehashing the great Trout vs. Cabrera MVP debate of 2012

Look, this was a fun story at the time — the classic battle between new school and old school, statheads and traditionalists, people who measure success with numbers and people who measure success with a slightly different set of numbers. There were solid arguments on both sides, and you’d hope that fans who took the time to read up on it might have learned something.

But that was months ago. It’s over. Cabrera won the MVP, Trout supporters won over a few converts, and then it was done. There’s no need to revisit it all again now.

Seriously, can we not find a new angle on Mike Trout stories?

You know what? On second thought, let’s go back to that MVP debate.

Not fantasy drafts in general — yours, specifically. Reading about fantasy baseball draft strategy from actual experts is fun, even if you’re not in a league. (Wait, why are you not in a league? Is something wrong with you?) But hearing about your specific fantasy baseball draft strategy is not fun, mostly because it’s actually just a blend of the same strategy the experts are suggesting, because you formed it from reading the same articles we all read.

And no, we’re not all that interested in that witty fantasy team name you came up with, either.

How the Yankees will deal with Curtis Granderson’s injury

Granderson’s injury leaves a gaping hole in the Yankees lineup and we’re all tired of hearing about … no, just kidding, we’ll never get tired of stories about bad things happening to the New York Yankees.

In fact, we need more. Did any of them have terrible offseasons? They did! Have any endured embarrassing revelations about their charities? Oh, yay! Are any embroiled in PED scandals? That was a trick question. It’s the Yankees; of course they are.

The point is, stories about New York Yankees problems are one of the greatest rites of spring. And we all need to enjoy kicking them while they’re down right now, since they’ll end up winning 95 games and making the playoffs just like they always do.

I already mentioned the part about being stuck in Ottawa right now, yes? If you’re not, because you’re in Florida or Arizona because you’re a baseball writer, then your life is way better than mine. Please don’t ever complain about it.

Apparently Valentine thinks he did “a hell of a job in Boston.” Let’s let that sink in.

While we’re at it, let’s also take some time to consider that Valentine is apparently going to move on to a new career as the athletic director at Sacred Heart University. So, Sacred Heart student-athletes, you can go ahead and start pre-typing those mutinous text messages now.

Valentine closed the interview by saying, in reference to criticism of his time in Boston, that “I don’t want to comment on stupid things that stupid people say.” That sounds like a good policy. Let’s all stop paying attention to Bobby Valentine.

How good Bryce Harper will be

Harper’s been part of the hype machine since he was 16. He won NL Rookie of the Year playing most of the season as a teenager. So far this year, he seems to be even better. Much, much better.

So I’m adding Bryce Harper stories to the list of stuff that I don’t want to hear about anymore. Not in the “this is boring and overdone” sense, but rather in the “maybe if I hold my hands over my ears, the scary noises will go away” sense. Because at this point, it sounds like Bryce Harper might be unstoppable.

So instead, I’d rather hear about what he can’t do. Sure, we know he can hit, run, catch, and throw. But can he skate? Can he make a mountain so large that he himself cannot lift it? Can he perform surgery on Stephen Strasburg’s arm after it inevitably shatters during his 161st inning, while Mike Rizzo shouts, “See? See? I told you!”

He probably can do all those things, can’t he? I knew it. We’re all doomed.