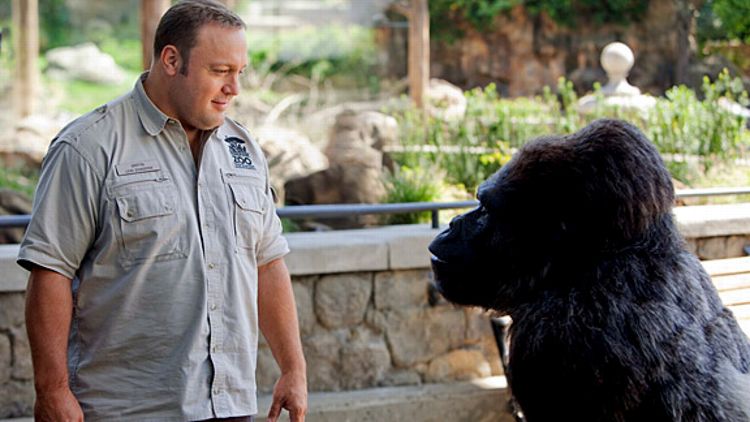 It seemed like a sure bet: put Paul Blart star Kevin James in a movie full of celebrity-voiced zoo animals, crank up the air conditioning, and let the money roll in. But in its first weekend, Zookeeper opened to a measly $21 million, barely meeting its studio’s lowered-expectations and finishing in third place behind an R-rated comedy starring Kevin Spacey. What happened? Was it the clumsy marketing? A bad release date? Crappy reviews? Maybe. Our best guess, though? The animals were too big.

Zookeeper‘s non-human speaking roles include a monkey (Adam Sandler), lions (Cher and Sylvester Stallone), a gorilla (Nick Nolte), an elephant (Judd Apatow), bears (Jon Favreau and Faizon Love), and a giraffe (Maya Rudolph in the performance of a lifetime), so the movie was pretty much doomed from the beginning. Why? All recent box-office data clearly indicates that American filmgoers prefer their anthropological animals to be small enough to poop pellets.

Below, courtesy of Box Office Mojo, are the opening-weekend grosses for the ten most recent family-targeted live-action talking-animal movies. Note that none of the films starring anything larger than a chihuahua got within crotch-sniffing distance of $25 million in their first three days, while anything featuring a wise-cracking chipmunk, rabbit, or gerbil opened to at least $30 million:

The lesson? Make a movie about something rodent-sized and speech-capable and audiences will tolerate any indignity, including Russell Brand. But nobody wants to see a bear talk, even if it’s to Paul Blart.