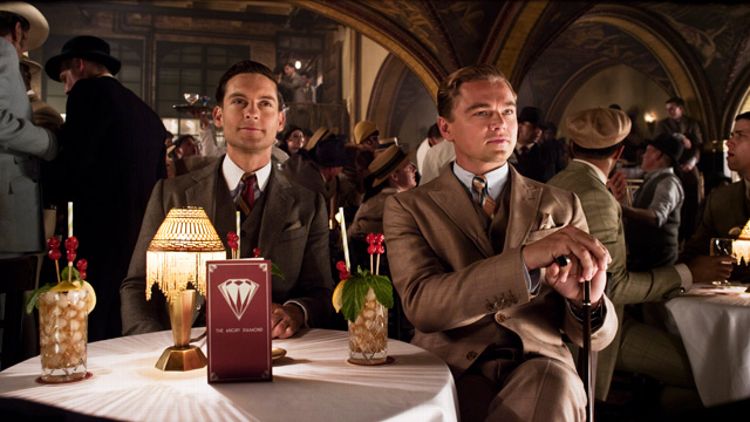 You’ve read Molly Lambert’s account of the friendship and rivalry between Hollywood’s original bros. Now decide for yourself if you’re on Team Leo or Team Tobey, as the Grantland staff recount some of the highlights of their respective careers.

Mark Lisanti: One gets the feeling that when you ask the question “Leo or Tobey?” you’re going to have a rout on your hands. One is among the biggest movie stars on the planet, and the other is among the saddest-eyed puppy dogs who occasionally wanders onto a film shoot and in front of a camera. No, that’s really not fair, but it feels like we’re perhaps setting up a puppy-kicking scenario here, and no one’s going to want to watch those big old eyes start shivering with tears. Tobey’s eyes. Not an actual puppy’s. No puppies will be kicked this day, not on our watch.

Tobey’s still got one big edge on Leo: his superhero franchise. Sure, Leo could pick up the phone, have Andrew Garfield’s webs cut mid-swing, and be inside the Spidey suit before the body hit the ground, but Maguire will always have gotten there first. He was the biggest hero in the world for a minute, and DiCaprio still hasn’t won that Oscar. (This is a courtside conversation you know they have approximately 15 times per Lakers season while they send E to get popcorn and David Blaine to disappear some panties.) In 2004, Tobester was enjoying his second spider-twirl around Manhattan while Leo was pissing into bottles and wearing shoeboxes on his feet. If Wonder Boy was taking a pounding from Gilbert Grape, it wasn’t that year.

The above will always be the defining scene of the Maguire Spider-Man franchise. “Whoa, I have muscles!” It’s halfway between Hanks in Big and Wahlberg in Boogie Nights. Yeah, the abs eventually faded and the costume was bequeathed to a British kid with too much hair, but Tobey will always have a couple billion box office dollars’ worth of Marvel memories.

Amos Barshad: It’s simple: Tobey stays on low simmer, Leo is always down to pop. Leo, however, is able to bring it down, if and when he wants to. But just try to imagine Tobey shrieking, “What are you waiting for, honestly, I mean, do you want him to chop me up and feed me to the pooooaaa?”

Emily Yoshida: Tobey Maguire would later go on to refine his “passenger in a car being driven by a maniac” look, but his performance in The Ice Storm laid the foundation of pretty much the entirety of his filmography. Bemused, mouth-breathing Tobey Maguire is the proto–Jim–from–The Office lens spike, a reaction shot for all occasions. Second-act pizza mishap? He’s got it covered. Climactic courtroom colorization? On it. He’s the consummate audience surrogate, always opting for “vague awe” when mere comprehension would suffice, which makes him not only the perfect Nick Carraway, but also the perfect Baz Luhrmann’s Nick Carraway in 3-D.

Catch Me If You Can

Andy Greenwald: Tobey Maguire is very good at doing one thing: playing a frowny, unlikely hero. (From Spider-Man to Seabiscuit, he’s not the frog who turns into a prince, he’s more like the waterlogged lily pad.) But Leo DiCaprio, Maguire’s friend and capo in the Pussy Posse, is a master of all of the things. It’s no wonder that Martin Scorsese put a lien on Leo’s career a decade ago: The once and future Wolf of Wall Street is a throwback to the actors Marty used to direct in the ’70s: macho men who can either carry a picture with an effortless movie-star coast (see: Inception) or challenge one with an array of quirky actorly choices (What’s Eating Gilbert Grape should be unwatchable and annoying; somehow it’s not). The performances I prefer are the ones that manage to complicate a smooth gloss of external charisma with the tumbles and swells of internal turbulence: Howard Hughes in the underrated The Aviator, the bruised Billy Costigan in the still-brilliant The Departed. And then there’s what might be my favorite DiCaprio role, as Frank Abagnale Jr., the Michelangelo of con artists in Steven Spielberg’s kicky Catch Me If You Can. Watch Leo in this scene, as he blabs his way into the cockpit of his first airplane flight and flirts with a pre–Seattle Grace Meredith Grey. Is it possible to swagger and cower at the same time? Only movie audiences — and, I guess, Bar Refaeli — know for sure.

Rembert Browne: This is from 1990, also known as the year Tobey Maguire peaked.

Seriously, this is him at his best, playing a smart-aleck teenager to Whoopi Goldberg’s guardian angel in the Nickelodeon TV movie Tales From the Whoop: Hot Rod Brown Class Clown.

I have nothing else to say, because I’m insulted that Tobey and Leo are being mentioned in the same sentence. DiCaprio is the king. Tobey, on the other hand, is Hot Rod Brown Class Clown.

Juliet Litman: A quick breeze through this Wikipedia page reveals a truth: There are a lot of great Leonardo DiCaprio movies! More important, there are a lot of Leonardo DiCaprio movies that I will always watch if they are on cable, which, to me, is how a movie’s true value is revealed. Even though it seems like Catch Me If You Can is currently the most frequently aired (and I happily watch it every time), I think the first two hours of Titanic have the highest rewatchability score from the Leo canon. I could watch Jack give grand speeches (that, coincidentally, sound suspiciously similar to some of Frank Abagnale’s lies) and bite into dinner rolls forever. He carries the first two hours of this movie on his charm alone, masking the problems in James Cameron’s ridiculous script. Then, the ship starts to sink and the movie starts to suck. Oh well. At least we’ve still got Leo!

Robert Mays: I don’t know what it is about me and horse-racing stories. I don’t watch horse racing. I don’t know anything horse racing. Hell, I don’t even really like horses. But stories about horse racing? I’m in — every time. Bill Nack’s 1990 Sports Illustrated story about Secretariat is still one of my favorite pieces of sportswriting ever published, and when Seabiscuit came out in 2003, I don’t think it could’ve gotten its hooks in me any deeper. This scene features my two favorite heart-melting parts of the movie: a fiery Tobey performance — both in hair and demeanor — and Jeff Bridges juggling phrases like “You don’t throw a whole life away because it’s banged up a little bit,” while giving history’s most heartfelt and reassuring pat on the back. Add a horse, and I turn into butter. I have no explanation. Maybe it’s the hats.

Sean Fennessey: Don’t make me choose. I refuse to choose. Instead, I offer this collaboration, largely unseen. Don’s Plum is a banned-by-Leo-and-Tobey 2001 film about friends who gather at an L.A. diner and shoot the shit about their hilarious, mishap-laden sex lives and very important, but very tumultuous friendships. Shot in black and white on handheld by A Christmas Story star R.D. Robb in 1995, this is a bad movie made by a gang of close child-actor pals that also includes Kevin Connolly, Amber Benson, and Jenny Lewis, smack in the middle of her acting–to–Rilo Kiley transition. (Her song “Go Ahead,” which would eventually appear on RK’s Take Offs and Landings, soundtracks the above scene.) That Leo and Tobey and the rest of their quote-unquote Pussy Posse want this movie banished for the rest of time is hardly surprising — it’s like looking at your Friendster page circa 2003, only live-action and with more misogyny. Here is a bonus clip of Leo’s character getting rejected by a woman he refers to as a “little fucking redhead.” I am not the only person who wants to see this movie in full.