Young Hova, All Grown Up: A Nickname-Based Analysis of Jay Z’s Aging 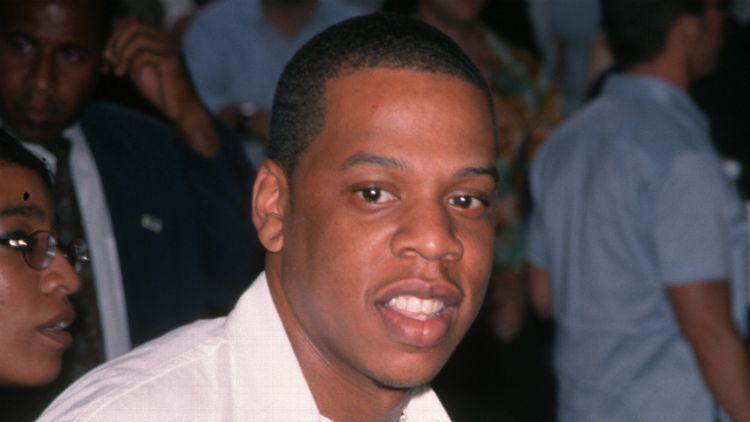 Jay Z was 26 when he released his debut, Reasonable Doubt — in rap years, downright ancient. Biggie was 22 on Ready to Die, Nas 21 on Illmatic. Kanye was 26 himself on The College Dropout, but had been selling beats to Def Jam for four years at that point. (And, yes, yes, of course: Bow Wow was only 13 on Beware of Dog). Before Reasonable Doubt, Jay was, at best, an industry fringe player and burdened with holding down a taxing full-time day job: drug dealing. And so it might seem funny now, but it’s also not hard to imagine that, then, more than halfway through his twenties, with no substantial piece of music to his name, Jay was worried time was passing him by.

Now Jay is 43 — even in rap years, that’s downright Methusaleh-y. Starting late, he lasted longer than he ever had the right to imagine; more importantly, he will be here forever. And now all this talk about his age has us wondering about one very minor thing: At what point, exactly, of these never-ending career latter days did Jay stop calling himself Young Hova? And while we’re at it, when did he start? And could he ever do it again? So — with a healthy reminder that the ax of death swings ever closer for us all! — herewith: A look at the aging of Jay Z, through the lens of his most ageist nickname.

Reasonable Doubt was the work of a persecuted, almost haunted young man. It’d take a few years for the unabashed bravado to ramp up, but it would, gradually and surely. Meaning: Jay didn’t right away start referring to himself as God. On “Where I’m From,” from his second album, In My Lifetime, Vol. 1, he lets us know he’s from “where they cross over and clap boards / Lost Jehovah in place of rap lords” — he’s from a place where rappers are worshiped as if they were gods, he explains (and, also, people like basketball. Indiana??). It’s tempered both in the use of simile over analogy, and in a generalization. If anything, he’s referring more to the rappers he himself has worshiped growing up, not the other way around.

By Vol. 3 … The Life and Times of S. Carter, though, the God talk is everywhere between “Hova Song (Intro)” and “Hova Song (Outro)” — “Show closer / J to the A-Y Hova,” “They call me Champagne Hova / Wake up wit’ a hangova,” “Hova the God.” The only time he utilizes the “unold” and “deity” format, though, it’s only to shout-out his best buddy, on the outro to “Pop 4 Roc:” “Beanie Sigel, the general … Amil-lion, Diana Ross of the Roc … Memph Bleek, Young God.”

And then, on his fifth record, the glorified crew album The Dynasty: Roc La Familia, we finally get it. As far as we can tell, there it is — the first usage, right there in the intro. Over swelling keyboard crescendos courtesy Just Blaze, we hear “It’s the dynasty, n----s … as promised. The world’s most infamous: Roc-A-Fella Records. This is Roc La Familia.” And then, finally: “It’s Young Hova.” The year was 2000. And Jay-Z was 30 years old.

He was 30! The first time he called himself Young Hova! Now, we don’t need to read too much into this. It’s quite possible Jay didn’t even realized he began highlighting his fresh-facedness only after crossing the magical number that, at least at one point, connoted true adulthood. Maybe he was just feeling particularly spry that day in the studio, and liked how it sounded. Then again: This is the same guy who, a few years (but what felt like a lifetime) later, would ineffectually attempt to convince us of the truth beholden in a certain coffee mug slogan.

Subconsciously or not, “Young Hova” and its many variations were a staple of Jay’s thirties. On “Excuse Me Miss”: “PJs on the runway, Young got air / I don’t land at a airport, I call it the clearport / Therefore / I don’t wanna hear more / back and forth / about who’s hot as Young.” On the “Beware” remix: “One, Young, two, You / One, two, three / Young Hov’s a snake charmer / move ya body like a snake, mama / make me wanna put the snake on ya / I’m on my eighth summer, still hot, Young’s the eighth wonder.” And, on “What More Can I Say” from The Black Album, what could have been one last time: “Young Hova the God, n---- / Blasphemy.”

During the post–Black Album retirement, Jay, at one point, lent out the moniker — to, of all people, Fall Out Boy. Seeing as he was running Def Jam at the time, and the punk-pop kings were signed to fellow UMG entity Island Records, it only took a little corporate synergy to get Hov to utter those immortal words over those razor-blade guitars: “Young! F.O.B.!”

When he returned, with Kingdom Come, he was just shy of 37, but still feeling quite nimble and tenderfooted. On lead single “Show Me What You Got,” he insisted he was “Getting better with time like Opus One,” some expensive-ass wine only super-rich people know about. (Then, undercutting his declaration of self-improvement, the very next line: “Young, no two alike like a snowflake.”) On “30 Something,” he awkwardly hammered the point home. “You ain’t got enough stamps in your passports to fuck with Young H-O,” he bragged, then pointed out we were witnessing “the maturation of Jay Z-Z” [double Z’s his]. Now, you see, he was the kind of guy who’s “young enough to know the right kind of car to buy yet grown enough not to put rims on it.” Exciting stuff!

And that was about it. There were a few gasps here and there but, by his next album, American Gangster (the one where we all liked Jay Z again), he’d just about retired “Young” and its iterations. Which means that, as far as we can tell, the last known usage dates back to “Most Kingz,” which Jay kicks off by recycling a prime-era line: “Young Hov in the house, that’s so necessary.” As producer Green Lantern has explained, this was originally recorded during the Kingdom Come sessions but was shelved. Appropriately enough, then: The last “Young Hov” comes on a track featuring his good pal Chris Martin on the chorus. And, when it finally saw the light of day, in 2010, Jay was 40 years old.

These latter days have seen all kinds of strange, unexpected youthful shadows. The Blueprint 3 had “Young Forever,” possibly Jay’s most shameless radio reach ever (and, this being Jay Z and all, a successful one). It also had “Hate,” on which his buddy Kanye attempts to revive the glory days: “We blastin’ off just like a laser, n----, pew pew pewn’ / gimme back, gimme room room room / DB9, like vroom vroom vroom / Young Hov, what we doin’ doin’ doin’?” (Um, our taxes?) On “Suit & Tie,” Jay reorients the concept outward, offering direction on how to kill it in his image: “I’ll show you how to do this, Young.”

Earlier, on “Glory,” recorded pretty much directly in the delivery room, Jay would brag about his second coming through his offspring, and remind us exactly what the years have wrought: “Rough sledding here and there, but I made it through / I wreak havoc on the world, get ready for part two / A younger, smarter, faster me.”

Note that while wrapping up Rick Ross’s “3 Kings” from last year, Jay made a similar reference: “I love this shit like my own daughter / let’s spray these n----s, baby, just like daddy taught ya / Young, this is just different.” Is the “just different” “young” again meant to be his child? Or is it his own self, channeling the glowing brilliance of youth? I’m guessing that he’s talking outward. The grizzled man, as far as this goes, knows his place these days. He’ll let the new young gods play.