Words Are Wind: George R.R. Martin Might Stretch the ‘A Song of Ice and Fire’ Series to Eight (!) Books 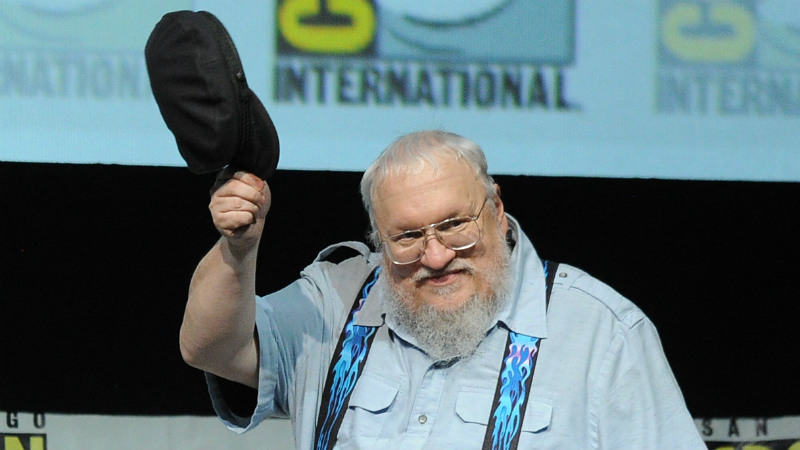 There’s this anecdote about famed trumpeter/composer Miles Davis that I really like, and it goes like this: When John Coltrane was the young up-and-coming saxophonist in Miles’s band, ‘Trane had a propensity for taking overly long sax solos. Like, 30 minutes too long, that type of thing. When Davis approached Coltrane about this, John told Miles something along the lines of that he just didn’t know how to stop playing. To which Miles replied, “Take the fucking horn out your mouth.”

I mention this because, in a piece of shocking news, George R.R. Martin, author of the Song of Ice and Fire series, apparently has an editor. Martin’s editor, Anne Groell, now thinks the book series, which was originally pitched to her as a trilogy before hitting every cardinal number of potential books on the way to seven, will now, maybe, stretch to eight.

The fifth and latest book in the series to be published, A Dance of Dragons, was released in July of 2011, after a near six-year wait following the release of the fourth book, the gloomy and incomplete A Feast for Crows. Crows featured an afterword by Martin saying that Dance would be released within the span of a year, and he was off by some 500 percent.

Page counts for each successive book have swelled as Martin has become seemingly incapable of not describing every stitch of clothing, foodstuff, sigil, backstory, and utterance of every character no matter how minor or short-lived. This creates an incredible, granular level of fictional-historical detail, and also makes large portions of Books 4 and 5 a major goddamn slog. Book 1, A Game of Thrones, came in at 704 pages. By A Dance With Dragons, we’re talking 1,056 pages, and the hardcover edition struck coffee tables around the world like the Mountain’s fist.

At one point in Groell’s Q&A she mentions trying to get Martin to cut the number of times a certain character says “Words are wind” down from 14 to perhaps six or seven, without success. George, I love your story. Love. But, please, take the fucking horn out your mouth.