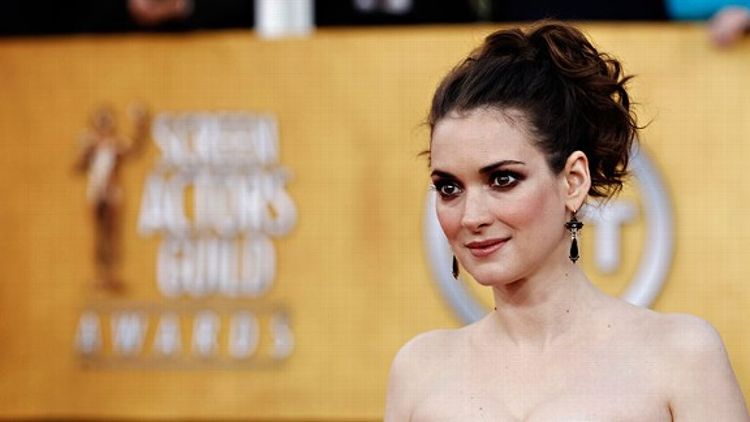 Winona Ryder has signed up for The Iceman as the wife of Richard Kuklinski (played by Michael Shannon), a mafia assassin who managed to keep his gruesome day job from his family. This is unrelated, but it just dawned on me that Winona Ryder should have gotten name-checked in way more rap lyrics over the years, via the “rider like Winona” construction. What is going on here? Is the hip-hop community not a fan of Mermaids? Grade: B [Deadline]

Production on Paradise Lost, a high-profile Milton adaptation starring Bradley Cooper as Lucifer and Benjamin Walker as the archangel Michael, has been postponed in order to cut down the $120 million budget. You’d think this type of delay wouldn’t bode well for the movie actually being made but, as the stop-and-start Lone Ranger attests, the budget-reduction thing does work out. First step on the cost-cutting: a campaign to have everyone bring their own mayo for the on-set sandwiches. Grade: C [Deadline]

Netflix has picked up its latest series, its fourth, with a 13-episode order of Hemlock Grove, an adaptation of Brian McGreevy’s upcoming gothic-horror monster novel being executive produced and directed by Eli Roth. Unconfirmed rumors suggest that Netflix felt compelled to hand over the greenlight when it noticed Eli Roth had brought a baseball bat to the negotiations. Grade: B- [Deadline]

Mike Myers will write, but will not star in, an Austin Powers Broadway musical that will serve as a prequel to the movies. Casey Nicholaw, the co-director of The Book of Mormon, will direct; also, the music of Burt Bacharach and Elvis Costello will be featured. Well, this very well might be the worst thing to happen on Broadway since that time I tried to go to the Shake Shack on 44th but it was closed. Grade: D [HR]

Sarah Palin is pitching a new reality show with reality don Mark Burnett, this time focused on her husband Todd’s famed love of snowmobiling (really). So far, A&E and TLC have passed. Even the Snowmobile Channel — motto: “All snow-based motorized transportation vehicles, all the time!” — is like, “ooh, not sure if it’s right for our brand development, you know?” Grade: D [HR]

Russell Brand may create an animated series with Bob’s Burgers writers Dan Fybel and Rich Rinaldi, under a deal in which the duo would come up with a pilot script and the three would then share “created by” credit. If I knew creating stuff could be farmed out like this, I’d have been creating stuff years ago! Grade: C [Vulture]

Disney is launching a new princess, Sofia the First, via a 2012 TV movie and a 2013 Disney Channel show. This one is about a little girl who gets wrapped up in the princess stuff when her mom marries the king, and is a nod toward Disney’s classic material in the midst of the more adventurous current child-entertainment field. You know what that means? There are currently 6-year-olds out there already dismissing Sofia as “too retro.” Grade: B [Deadline]