Who’s the Most Talented of Hollywood’s Precocious, Endangered Child Geniuses? 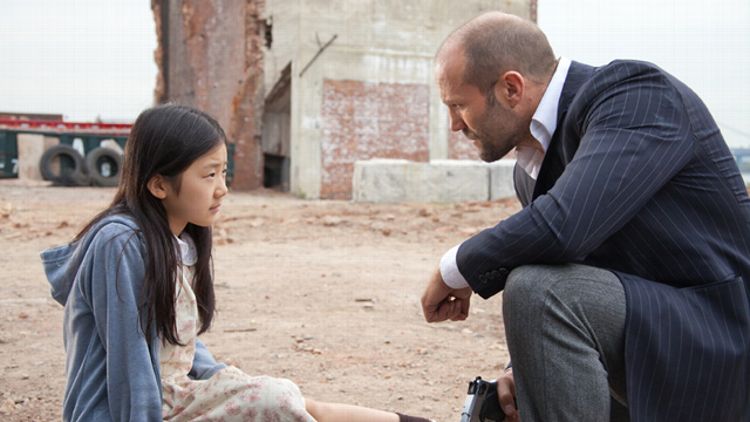 Safe, the Jason Statham punch-up in theaters tomorrow, is the latest entrant in a proud Hollywood subgenre: the Precocious Child Genius in Danger. The conventions of the PCGID movie are as well-worn as they are comforting. You’ve got your child protagonist, of course, who exists on some point of the spectrum between simply talented beyond his or her years and out-and-out genius. You’ve got your protector, an older figure tasked, via any number of unlikely machinations, with the impossible responsibility of saving the child from certain harm. And you’ve got the unbreakable bond that blooms between a kid who’s seen way too much and a hard-bitten grown-up who, just maybe, still has a few things to learn. In honor of the return of Statham and the PCGID, we went ahead and ranked Hollywood’s tiny-eggheads-in-mortal-peril, based on just how “gifted” they really are.

As our young hero Mei explains, she “can memorize anything.” Specifically, she can memorize a secret code shown to her by the Chinese mob, making her a sort-of human safe-deposit box. And when Mei escapes the bad guys’ clutches, Statham’s Luke Wright, a shamed ex-cop, sees personal redemption in defending her. Eventually, he goes up against the Triads, the Russian mob, and a whole slew of crooked cops (the kind of crooked cops with the pull to shut down every exit off Manhattan). But are Mei’s skills really worth all the trouble? She can memorize stuff? Lots of people can memorize stuff. I can memorize stuff. Here, give me a number. I’ll memorize it. Not even gonna make a big deal about it.

The “half” in question is Devon Butler, a slick grade-schooler/aspiring cop who connives his way into becoming Burt Reynolds’s partner (technically, Reynolds is making sure the kid doesn’t get gatted by the mob goons whose latest murder he witnessed). Butler is clearly well-versed in both official police conduct and criminal law; more impressively, he’s got a real penchant for sassy one-liners (“I’m your worst nightmare — an 8-year-old with a badge.”) But points have to be docked for the impracticality of his prodigy-level talent: like, he’s super tiny? And if he actually wanted to arrest someone they’d probably laugh at him and then walk away?

In this ’90s classic, Hulk Hogan has to protect Alex and Kate, the independently minded children of a genius inventor. Unfortunately for the Hulkinator, the kids take after their brilliant father, and whip up all manners of diabolical-to-fatal-pranks — at one point they use magnets to, hilariously, almost kill Hulk by smashing free weights into his skull — to chase him away. While clearly indebted to the trailblazing prank work of Kevin McCallister, Alex and Kate operate on a larger budget, and make the most of their advanced technology. Ultimately, though, it still takes Hogan’s old-fashioned brawn to defeat the villain, New York Dolls front man David Johansen. (No, seriously).

As preteen Mathilda, Natalie Portman displays a preternatural level of calm, rationality, and bloodthirst. After witnessing the murder of her family, she calmly walks away from the scene to avoid identification by the perpetrators, then links up with master assassin Leon to seek revenge. Through him, Mathilda learns the ways of high-level murdering. Not much practical evidence of her skills, but just oodles of potential for the pint-sized assassin.

Quite possibly the platonic ideal of the PCGID: Bruce Willis’s rogue FBI agent battles evil NSA hotshot Alec Baldwin and his minions in order to protect Simon, an autistic nine-year-old who accidentally cracks a rarefied code, Mercury. According to the movie trailer voiceover guy, it is “The most sophisticated national security code ever created” so, yeah, Simon’s got some serious chops.

3. Indiana Jones and the Temple of Doom

As hfctorch, the YouTube auteur behind the homage to Short Round you see above, astutely observes: “Let’s see … Short Round has excellent fighting and driving skills. He saved all the children slaves. He saved Indiana Jones and Willie on several occasions. Without Short Round the village would have perished. He was also good at cheating at cards. So … who was the real hero of this film?” A bit of a stretch for a PCGID? Maybe. But Short Round deserves a place at the kids’ table.

Arnold goes back in time to save John Connor, who is nothing less than the eventual savior of mankind in the war against the robots. In terms of basic skill level, tough for any endangered, gifted child to top that!

But not impossible. In The Phantom Menace, young Anakin is identified as a long prophesied hero, “the one that will bring balance to the force.” “He can see things before they happen,” says Qui-Gon Jinn. “The force is unusually strong with him.” Later on, uh, things wouldn’t work out so well for Anakin. But as far as sheer raw talent, no one touches future Sith Lord Darth Vader.