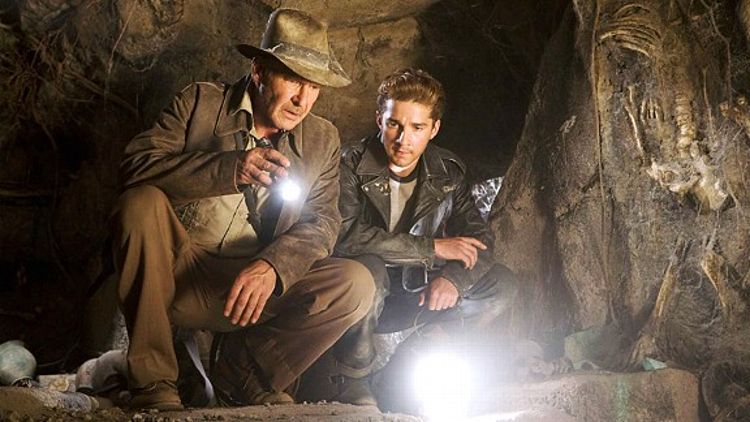 Earlier today, Empire released an excerpt from an upcoming Steven Spielberg interview in which the movie legend revealed some less-than-fond feelings for 2008’s Indiana Jones and the Kingdom of the Crystal Skull. “Of course he did,” you might be say to yourself. “That movie was terrible!” And yes, it certainly was — but Spielberg directed the film, and you’d think he’d keep quiet, especially since the movie made like a billion dollars despite its crappiness. But Skull-bashing has actually become something of a trend among the film’s principal participants. So, which of the people who made Indy 4 hate it the most?

LaBeouf wasn’t just the first Skull player to shit-talk the movie (which he did all the way back in 2010), he was also the most outspoken.

Here he is, in his own words:

“I feel like I dropped the ball on the legacy that people loved and cherished. You get to monkey-swinging and things like that and you can blame it on the writer and you can blame it on Steven. But the actor’s job is to make it come alive and make it work, and I couldn’t do it. So that’s my fault. Simple … I think the audience is pretty intelligent … And I think if you don’t acknowledge it, then why do they trust you the next time you’re promoting a movie. Look, the movie could have been updated. There was a reason it wasn’t universally accepted. We need to be able to satiate the appetite. I think we just misinterpreted what we were trying to satiate.”

While LaBeouf went big, Spielberg is a little more tactful. He begins with a caveat (“I’m very happy with the movie”) — then starts very casually, very innocently picking things off, bit by bit. Oh, ha, the aliens. Oh, der, the gopher. Oh, whoops, the surviving a nuclear bombing by hiding in a refrigerator. He’s upbeat and shruggingly apologetic, but underneath lies a simmering cauldron of hate that screams this was all George Lucas’s fault.

“I’m very happy with the movie. I always have been… I sympathise with people who didn’t like the MacGuffin because I never liked the MacGuffin. George and I had big arguments about the MacGuffin. I didn’t want these things to be either aliens or inter-dimensional beings. But I am loyal to my best friend. When he writes a story he believes in – even if I don’t believe in it – I’m going to shoot the movie the way George envisaged it. I’ll add my own touches, I’ll bring my own cast in, I’ll shoot the way I want to shoot it, but I will always defer to George as the storyteller of the Indy series. I will never fight him on that … The gopher was good. I have the stand-in one at home. What people really jumped at was Indy climbing into a refrigerator and getting blown into the sky by an atom-bomb blast. Blame me. Don’t blame George. That was my silly idea. People stopped saying “jump the shark”. They now say, “nuked the fridge”. I’m proud of that. I’m glad I was able to bring that into popular culture.”

We mostly have second-hand information here, but in LaBeouf’s rant he claimed that “we” — as in, he and Ford — “had major discussions. He wasn’t happy with it either.” This part comes later (it’s from that infamous Details story in which Shia admits he did the horizontal Decepticon with Megan Fox):

“Although LaBeouf tells me that Harrison Ford privately applauded his outspokenness, Ford recalls the conversation differently. ‘I think I told him he was a fucking idiot,’ the famously reticent star says. ‘As an actor, I think it’s my obligation to support the film without making a complete ass of myself. Shia is ambitious, attentive, and talented — and he’s learning how to deal with a situation which is very unique and difficult.'”

Shifting the attention back to Shia without ever explicitly supporting the movie himself? Very crafty, Harrison. It’s pretty easy to read between the lines here, though: you hated it too.