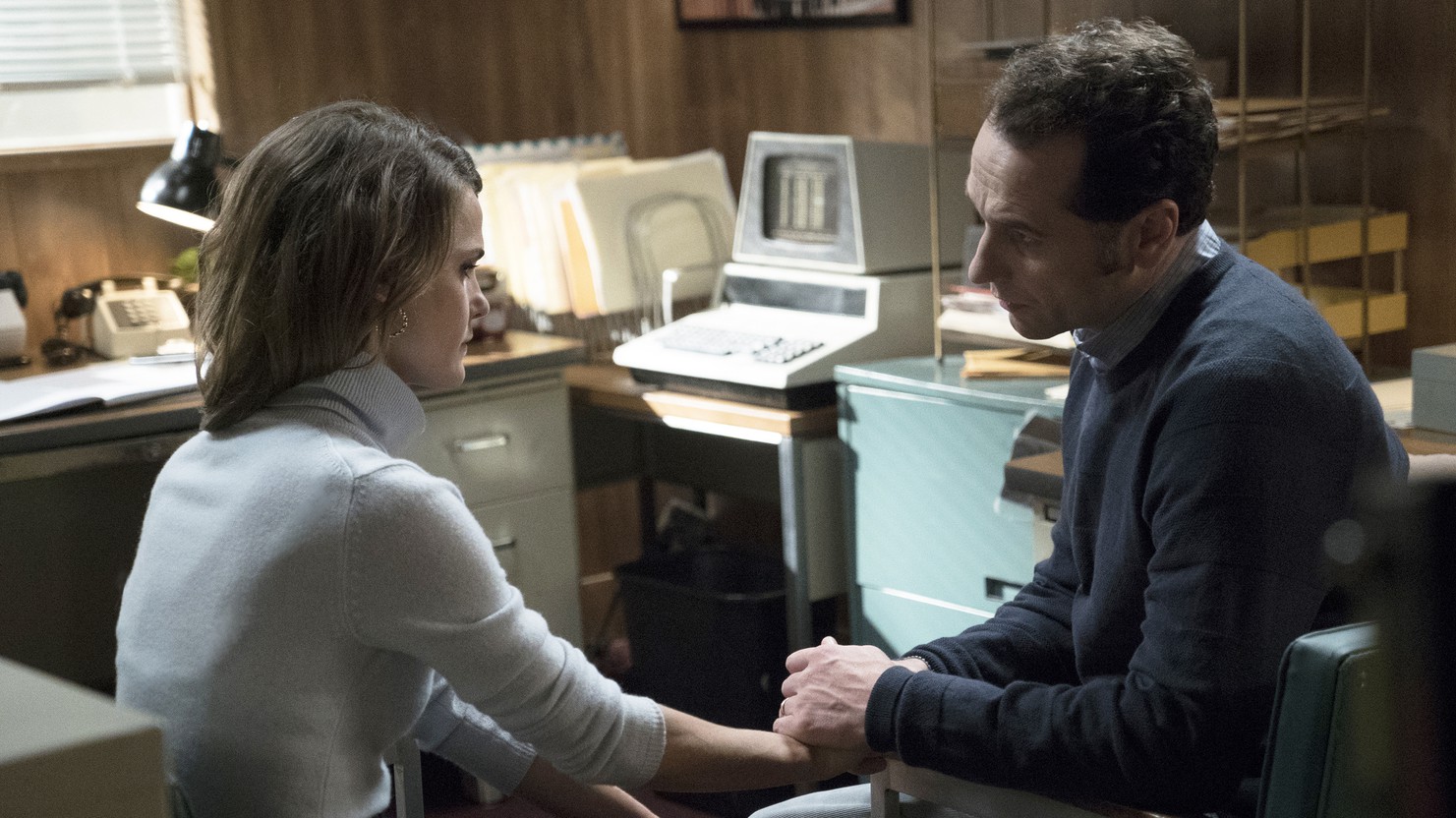 It’s the wigs, isn’t it? That’s what’s keeping the vast majority of you from watching The Americans. Though the FX spy drama is settling into its third season to pretty much universal acclaim, it has never exactly set Nielsen households ablaze. This show is great. This is not a paid endorsement. This is not a show I cover on any kind of regular basis. I’ve been watching along in real time on Wednesday nights at 10. And now I’m starting to wonder why I’m so alone for that hour, and it’s definitely not the show, so what is wrong with you? Or what is it you think is wrong with the show? If it’s not the wigs — and seriously, totally understandable if it is — what is it?

Plausible Cases Against The Americans

Americans (the Pilgrim kind) moved across the ocean on rickety ships and started a war in a fit of You’re Not The Boss Of Me. Is the across-the-board insistence that The Americans (the televised kind) is So So Good making it sound too much like it’s Good For You? Are you maybe pushing back against it in the way you’d blow off twice-yearly teeth cleanings?

Look — I, too, was suckered into watching way more of The Killing than I wanted to. The Bridge won an f’ing Peabody. I FEEL YOU. I promise. And it’s conceivable that the “this is a show about spies, but it’s really about their marriage” line of takes may have gotten just so breathless that it crosses some kind of international dateline of appeal and shows up to irritate you from the other direction. So, right, they’re married, but this is definitely a show about spies. There’s not much, particularly this far in, in the way of Mr. & Mrs. Smith–style cutesiness you might expect from a program with this premise, but there is an apparently bottomless Narnia cupboard of wigs and glasses and Cold War–era gadgetry at this lead couple’s disposal. The show has fun within its own grim framework.

Listen, again, apart from the wigs, there’s not a lot of LOOK IT’S A PERIOD PIECE LOOK HOW HISTORICAL WE ARE to complain about here. Everything feels very matter-of-fact and lived-in. You can actually know fuck-all about history and get along OK, because despite these people’s attempts to affect world events on a macro level, despite scenes set within high places in the governments of both America and the Soviet Union, the show operates on a micro level and doesn’t brain you with nostalgia. This is a show about cogs, but, like, sexy cogs.

The Americans is set in and around Washington, D.C. in the 1980s. It is not going to have a sexy palette, ever. You probably watched the shit out of Fargo, and that show was 80 percent snowdrifts. This one’s on you. 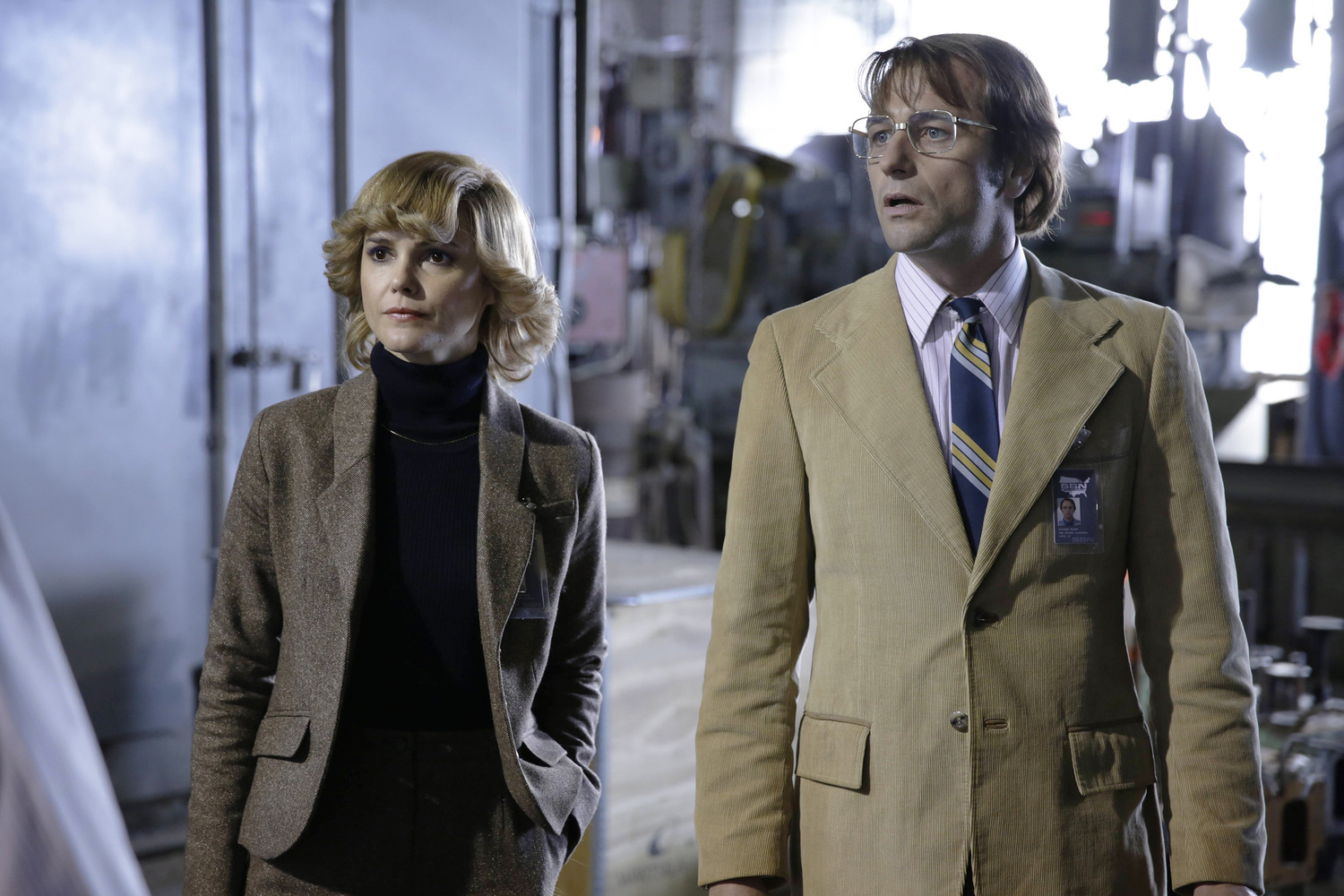 If you change the channel away from FX during this particular time slot, here’s what you could get instead on the major networks: Nashville, CSI: Cyber, and Chicago P.D. While Connie Britton’s stage hair versus what poor Matthew Rhys has to glue to his noggin every week is no fight at all, and while cable offers Workaholics and Broad City in that 10 p.m. hour, not to mention the half-hour comedies on FXX, DVR technology strips you of your excuses. Watch this first, and then pull up your Comedy Central recordings or something afterward for a tension cooldown. Nobody wants to go to bed after listening to the noises a dead woman’s body makes while being folded into a suitcase.

“I’m uncomfortable rooting against my own country.”

Feeling awkward identifying with Soviet agents? That’s fair. And the show bends you into this; Phillip and Elizabeth are treated much more sympathetically as characters than are the American intelligence officers they’re undermining. (Disregard this paragraph if you, in fact, are a Directorate S plant pretending to disdain this show for reasons of cover. Well played.)

Is the show too far gone for you? It is NOT. Look, it’s easy: regular people going about their lives and trying to topple one another’s governments. That’s the show. We’ve all been there, right? The Americans rewards deep attention, and asks a lot in return within the confines of one episode. But in terms of its overall arc, the song remains the same, sung with tautness, squickiness, and genuine horror. This is an emotionally complex series that doesn’t always give a lot in the way of character exposition, but nobody’s super-objectives have shifted all that much since the pilot.

The music is lovingly selected.

The show leans hard on the sounds of the era. Go back and watch the opening chase scene in the pilot, set to “Tusk,” for one of the best instances of a perfect marriage between sound and picture.

Occasional opportunities for pointing and laughing do exist.

The show glosses over some of the finer logistics of spycraft, because it’s a television show and it gets to do that, but for real, where did Elizabeth get that dog she was walking the week before last? Does she just keep it in the cabinet with her wigs? 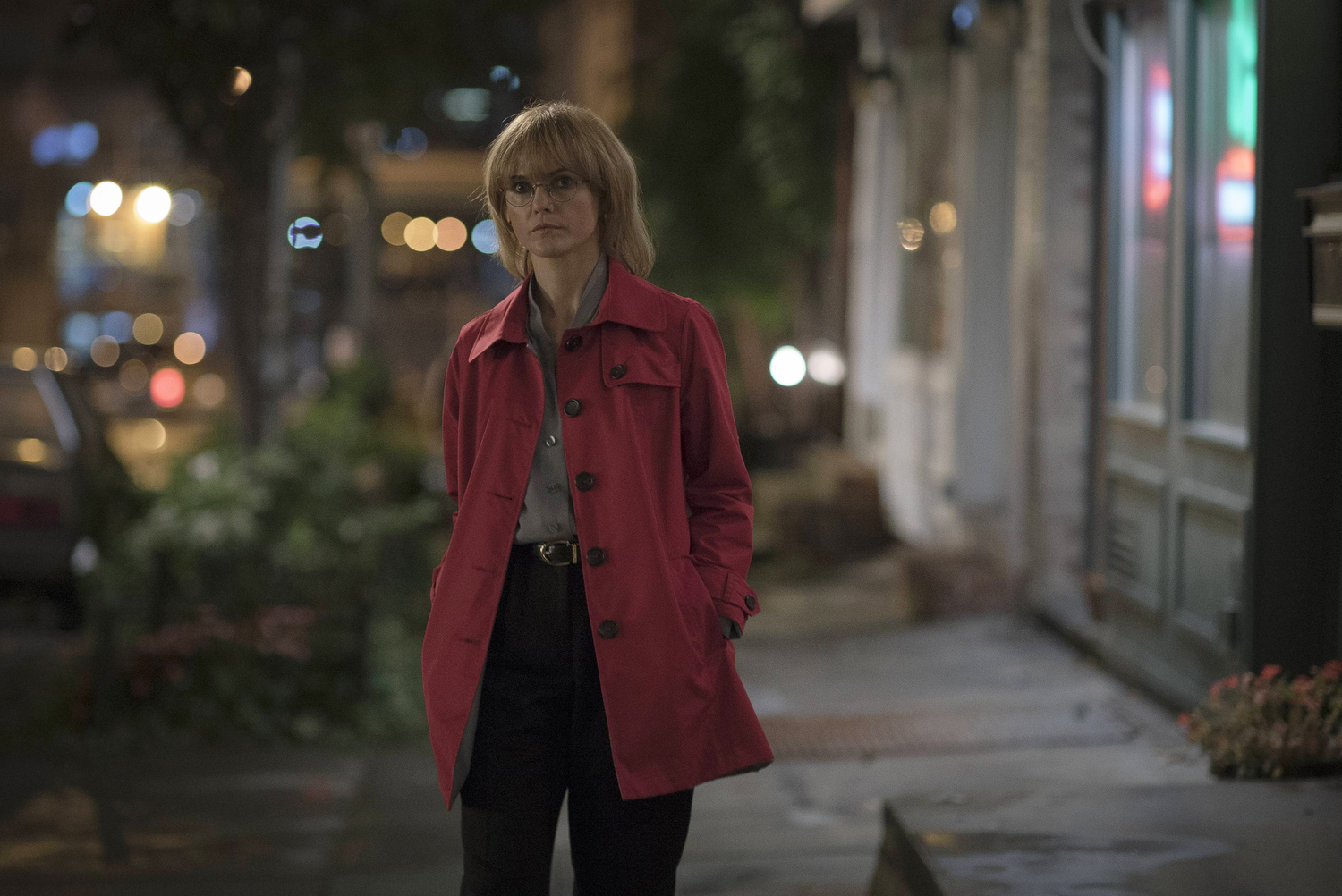 Get in on the ground floor of an origin story, maybe.

I’m deeply hooked right now on one of Season 3’s central conflicts, which involves Phillip and Elizabeth fielding a request from their superiors back home that they prep their teenage daughter, Paige, to enter the family business. The flashbacks to their lives in Russia have been doled out sparingly, but have showcased meaningful material, and the idea of watching Paige’s story unfold in full from the beginning, on the other side of the world? With Elizabeth decidedly less reluctant than Phillip to pull the trigger on germinating a second generation, all while he plays creepy surrogate dad to an American agent’s daughter? Might be Daisy Johnson on the brain, but a complete revamping of family dynamics in the name of a superspy genesis is absolutely something this show is equipped to handle.

It is a show about relationships and stop rolling your eyes about that.

Phillip and Elizabeth are spy partners first, married second. (OR ARE THEY?) They’re being hunted by U.S. government agents, one of whom lives across the street, and have been suspected of illicit doings by (alternately) their own government and their own daughter. That’s it. That’s the show. There is nothing unfun about that, unless you’re Matthew Rhys’s scalp, and you are out of excuses. Join all four or five of us on Wednesdays at 10, and get ready to lord your belated bandwagoneering over everyone you know.