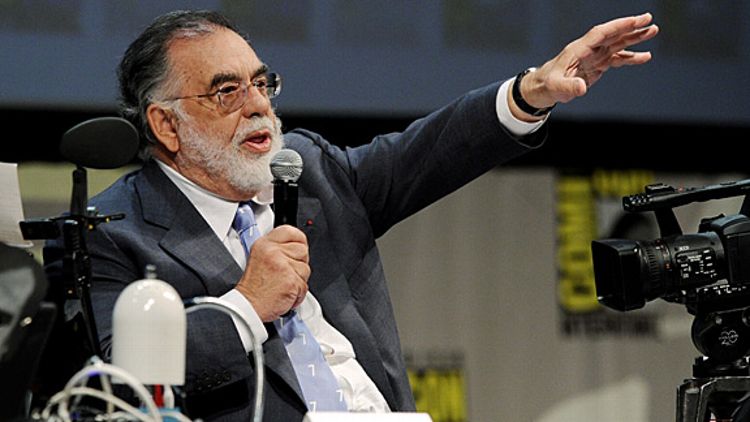 Comic-Con, San Diego’s annual orgy of geek revelations and Hollywood hype, came to an end over the weekend and the general consensus seemed to be that of a 14-year-old Farscape obsessive after his first messageboard posting: meh. Many of the big guns either chose to sit out this year’s fete entirely or coast on the good-will of enthiastic nerdom by dangling posters or concept art as if they were the One Ring. Such reticence was probably a good call. Recent box-office returns have demonstrating the capriciousness of the Comic-Con audience — as the disconnect between the rapturous response in the room and subsequent commercial failures of one-time Hall H attractions Kick-Ass and Green Lantern proves.

And so much of the “news” from Ron Burgandy’s home town consisted of occasionally sozzled tweets from TV critics about sizzle reels for cult shows like Chuck and Fringe that would inevitably find their way onto YouTube. Still, some interesting things did occur. To wit:

• Despite our best advice, Francis Ford Coppola faced the Comic-Con crowd himself on Friday to present his new film, Twixt. And we’ve got to hand it to the guy — judging from all reports, the film legend went full Tugg Speedman on the assembled masses. Appearing with noted loons Val Kilmer and musician Dan Deacon, Coppola revealed that Twixt is not only a genre film narrated by Tom Waits (!) about a hacky horror writer (Kilmer) who gets involved with a ghostly Elle Fanning and a presumably ghostlier Edgar Allan Poe (Trend Alert!) — it’s also an experiment in “dynamic” filmmaking. Coppola is planning a 30-city tour (with the equally bearded Deacon in tow) in which he will assemble a new version of the film, live, each and every night. This sounds equally brave and insane. Whatever it is Francis has been drinking, make ours a double!

• An appearance at the convention center with comic-fan Nicolas Cage was all it took to remind us that the sequel to 2007’s deeply inessential Ghost Rider film is being headed up by cinematic sadists Mark Neveldine and Brian Taylor, the overly adrenelized pair behind the Crank films. Ghost Rider: Spirit of Vengeance is about a biker with a flaming skull for a head who literally pisses fire and spends the movie “hiding out” in Eastern Europe — all of which make it 100 percent more plausible than anything Jason Statham got up to in the Crank movies.

• Andrew Niccol (Gattaca) brought stars Justin Timberlake and Amanda Seyfried as back-up for the debut of footage from his sci-fi flick In Time. From the Basil Exposition-y clip, it seems that In Time has a concept higher than Charlie Sheen on New Year’s Eve: after the age of 25, all Earthlings have a glowing, Holocausty tattoo imprinted on their forearms that counts down how much time they have left to live. All transactions are paid with this human Hublot — everything from a cup of coffee to an illicit limo ride to the fancy part of town, where King Asshole Pete Campbell rules his immortal kingdom with an iron smirk. It’s up to Timberlake, as a scruffy everyguy suddenly gifted one hundred extra years, to fight and win an epic class war. Just as it’s up to us to accept Timberlake as a scruffy everyguy.

• And finally, like aging athletes refusing to accept the passage of time, unathletic Comic-Con legends Carlton Cuse and Damon Lindelof came crawling back to San Diego for one last round of diminishing applause. On a panel titled Lost: One Year Later, the duo unveiled a jokey clip poking fun at their show’s frustrating finale. It was a strange move for the very public custodians of a still-warm corpse — usually there’s a cycle of missing things before they’re offered back to us. But it actually made sense. Uncomfortably nostalgic, cringily insidery and — this is key — not really all that funny, the clip managed to sum up most of the problems of Comic-Con 2011, an event that attempted to win over the fanatical margins of the entertainment audience only to lose itself completely in them.