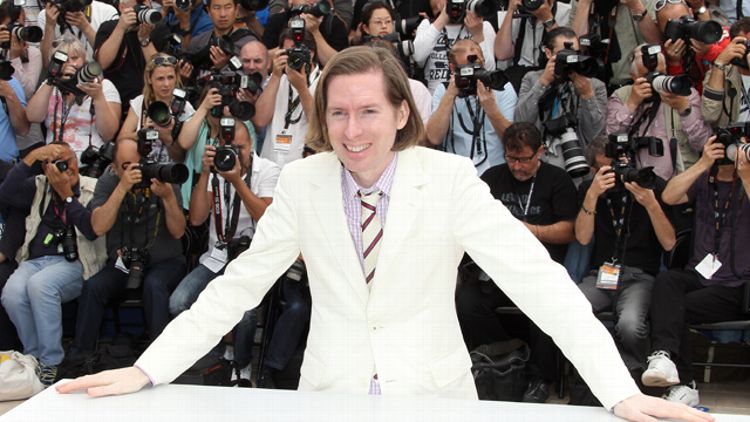 I’ll admit to something embarrassing as a writer: I’d never heard of the word “twee” until I started seeing it in reviews of Wes Anderson’s latest films sometime post–The Royal Tenenbaums. Since then, I’ve noticed it’s the bon mot of choice for quips indicating Anderson makes meticulously stylish movies. Which is kind of like snarking that Scorsese loves tracking shots, or Tarantino writes long monologues. Call me an apologist, but I find his intricately drawn where’s-Waldo worlds of bittersweet nostalgia entrancing. At the very least, I think we owe him for giving us Gene Hackman’s last great film. (True, I haven’t seen Welcome to Mooseport, but you don’t need to stick a fork in a power socket to know what’ll happen.)

But really, I consider even that faint praise: No matter how often others deconstruct and mimic Wes Anderson’s style, he almost always nails a note of whimsical enchantment you just won’t get anywhere else short of your first field trip to the Natural History Museum. And his latest, Moonrise Kingdom, has hit the commercial-critical sweet spot — who better to re-create the fastidious fantasies of adolescent love — without Anderson really changing it up: wide-angle tracking shots, check; deadpan delivery, check; Bill Murray’s vague sense of subdued aggression, double check. Which begs the question, how does Wes Anderson make a Wes Anderson film? I cajoled a phone call in the post-Cannes blur to ask him, garnering a predictably perplexed response: “My whole process is, gosh, I don’t even know.”

After deliberating a beat, à la one of his characters pondering childhood disenchantment, Anderson elaborated: “Usually I’m thinking of some kind of atmosphere to go with where the story is taking place. It’s sort of a vague concept, a feeling. The process is actually pinning down and gathering the details it’s going to be built from. Somewhere it shifts from being inspiration to a kind of research.”

Moonrise Kingdom began as a fantasy of the first love he wished he’d had, inspired by François Truffaut’s Small Change and Alan Parker’s Melody. (While I had him on the record, I also got Anderson to confirm Whit Stillman as an inspiration: “I definitely was inspired when I saw Metropolitan … this guy did that thing that me and my friends were dreaming to do.” There you go, Whit.) “It would have been my fantasy at that time, but I didn’t really have that kind of success with it. I wasn’t quite as bold.” (Alas, no seducing a middle school crush with voguish French pop.) From that, Anderson likened his process to an endless collection and conjoining of whatever he stumbles upon, seeing what fits where and what happens when he adds it together: “There’s an idea that grows and spirals outward, if that’s an expression.”

Take his use of music. Is there a predetermined, secret Wes Anderson iPod playlist that he writes to? No, he said. “I don’t really listen to music that much while I’m actually writing this stuff.” With Rushmore’s encyclopedic use of the songs of mid-20th century British rock, for example, “Some of the music is music I knew, but a lot I found while I was trying to listen to all the British Invasion I could get a hold of.” Who else would bother digging through the Rolling Stones’ Their Satanic Majesties Request? He took the same approach with The Darjeeling Limited after falling in love with the work of Indian auteur/composer Satyajit Ray. He even sent music supervisor Randall Poster to Calcutta to access an archive of Ray’s master recordings from his son. Likewise, Anderson’s obsession with Benjamin Britten is a cornerstone of Moonrise Kingdom.

“I had a number of Britten pieces that I knew I wanted to use, then I started listening to more,” Anderson said. “While we were editing the movie, I was still searching for more Britten — right before shooting I found more pieces, once we were shooting I found some more — it isn’t just stuff I already know, it’s stuff I found in listening because I knew I wanted Britten to be the kind of background.”

That reminded me of an anthropology class I slept through once about Claude Levi-Strauss and “the savage mind.” My ill-formed memory is that Levi-Strauss believed aboriginal man obsessively investigated and classified everything around him — i.e., coining 40 words for different kinds of snow. In doing so, he found random, novel uses for it all, like, say, curing the clap with bat guano. (I’m making that up; please don’t try to cure the clap with bat guano.) It’s a little like Anderson’s philosophy.

“My experience is when you’re making the movie, you’re in a kind of searching mode and you’re looking to discover things,” Anderson said. “Things that are somehow going to get incorporated, that are just little discoveries along the way.”

We’ve all become adept at tunneling down the rabbit holes of our obsessions, finding infinite ways to prepare pork belly. Some start food Tumblrs; Anderson makes his own meal.

That down-the-rabbit-hole mentality is how he approaches all parts of filmmaking, even location scouting. “There’s a certain amount in this movie that I didn’t really know how to look for because I’d never done a movie where so much took place in the woods … It ends up being going back to the same places over and over and spending a lot of time revisiting little spaces. And that was very fun for me. It’s sort of like if you live near a museum and you know the pictures you’re going to look at, and you go back and visit the same ones every time you go.”

You can approach Anderson’s films the same way; one of their cardinal virtues is how they reward repeat viewing, with little jokes and flourishes you only appreciate after going over them again and again. At the risk of being stoned by Andersonian fanatics, I contend that The Life Aquatic is one of Anderson’s most re-watchable films — Bill Murray’s ennui-laden quips get funnier each time, and even Willem Dafoe’s German accent grows on you.

Though they vaguely resemble certain genres — Bottle Rocket is a heist movie, The Royal Tenenbaums is a family drama, etc. — Anderson’s movies defy classification: “Often I wish I had more sort of genre stuff to work with but what I usually end up wanting to do is something that’s not quite one thing or the other.” As in Bottle Rocket’s shaggy-dog heist story, Anderson inevitably goes off the map: “Even when the movie’s done, people think, ‘Well, what is it?’ and it’s sort of this, sort of that. Usually, I can’t even quite answer the question of whether it’s going to be comedy, [let alone] what it is.”

That’s Anderson’s charm. You may recognize the style in an instant — and the feel of all those fantasy worlds that always hovered just on the edge of your childhood — but you can spend forever going over it again and again, getting lost as you figure out what exactly it is.