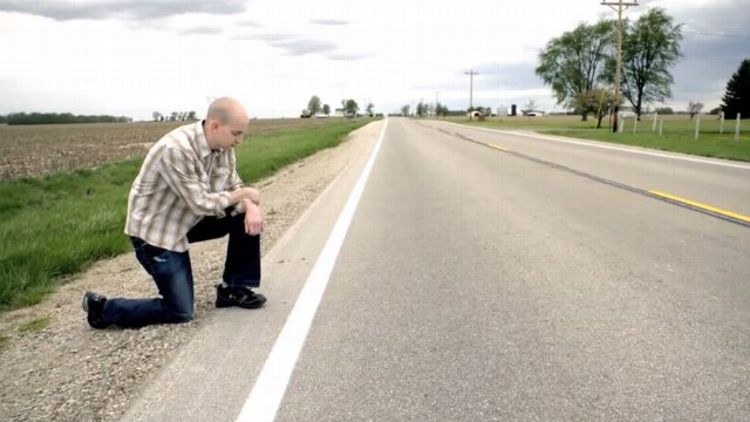 My favorite Werner Herzog moment occurs in a movie he didn’t direct, though it happens to be about him directing a movie. “We are challenging nature itself, and it hits back,” an exhausted Herzog says at a low point in Les Blank’s Burden of Dreams, the 1982 documentary about the calamitous (and ultimately triumphant) production of Herzog’s epic drama Fitzcarraldo. Stationed deep inside the jungles of South America, Herzog was inhabiting a real-life version of a film he has made many times, the one about how a person arrogant enough to believe he can control the uncontrollable is dissuaded from that notion in the most painful way imaginable. As Herzog himself admits as Fitzcarraldo threatens to spiral out of control, “We have to accept that it is much stronger than we are.”

I thought about that quote as I watched From One Second to the Next, a 35-minute short film Herzog made for AT&T’s “It Can Wait” campaign that’s essentially a PSA about the dangers of texting while driving. The clip already has over 1.1 million views on YouTube after debuting online last week, which is impressive considering the punishing, viral-unfriendly subject matter. “From One Second” is composed of four vignettes about accidents caused by distracted phone tappers — two are fatal, two involve young children, and all four are equally senseless and seemingly preventable. It is truly heartbreaking, and often excruciating, viewing. The plan is to distribute the film to more than 40,000 high schools and scores of safety groups and government organizations. I don’t doubt that it will influence people’s behavior, at least in the immediate aftermath of watching it. From One Second to the Next is quite likely the greatest driver’s ed film of all time. Even if you’ve never endangered a life by making the choice to text and drive, this movie will make you feel like you have.

It’s also very much a Werner Herzog movie that squares with some of his longest-held obsessions, no matter the initial strangeness of the project. Structurally, From One Second shares some obvious similarities with Herzog’s acclaimed 2011 Death Row documentary, Into the Abyss, which also trains the camera on victims and perpetrators of horrific tragedy and tells their stories with equal empathy and compassion. From One Second opens with a stunning shot of Aurie Bradford’s left hand — “I had my brother in my hand and all of a sudden my hand was empty,” she says. Soon we meet 8-year-old Xzavier Bradford, a boy from Milwaukee who became paralyzed from the diaphragm down after a woman blew a four-way stop sign and hit him as he crossed the street with his sister. (The woman’s just-delivered text before the accident: “I’m on my way.”) On the other side of the divide is Reggie Shaw, an awkward Utah man who says he hates talking on the phone and prefers to text people — seven years after causing a car accident that killed two people, he tearfully gazes into Herzog’s lens and asks that people look at him as a cautionary tale.

The message of From One Second is that everyone involved has been harmed by a common form of technological hubris: the failure to accept that it is much stronger than we are. “What AT&T proposed immediately clicked and connected inside of me,” Herzog said last week. “There’s a completely new culture out there. I’m not a participant of texting and driving — or texting at all — but I see there’s something going on in civilization which is coming with great vehemence at us.” Many of Herzog’s films are about arrogant, messianic figures who believe they can build opera houses in the wild or pal around with grizzly bears. They always end up chastened for their foolishness. In From One Second to the Next, the characters are more down to earth but the lesson is the same: There are beasts among us that cry out for constant attention, and they live in our pockets and garages.

The Kardashiad, Part 22: I Do Not Need Your Judgy-Wudgy Eyes