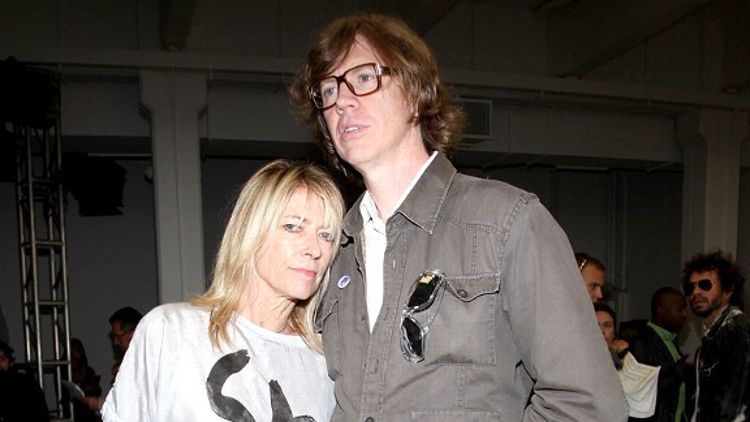 The news on Friday night that Kim Gordon and Thurston Moore had split up after 27 years of marriage was for indie rock fans like having a rock thrown through your bedroom window. The coolness and longevity of their relationship — and the band it foregrounded — was a natural fact and easily one of the most admirable institutions in rock history. They’re in their 50s; they have a 17-year-old daughter. What the hell! If this is possible, nothing is off the table: Michele Bachmann taking the oath of office, high ratings for the NHL, get ready, here they come. Confusion is next, as Sonic Youth sang in 19-fucking-83.

Anyone with any interest at all in the band’s musical milieu had to — at one time or another — hold them up as paragons of how to do something as awesome as be in the coolest band on earth and as-your-parents-y as be married. Thurston and Kim occasionally wrote about their relationship (it’s especially there on 1998’s A Thousand Leaves, whose “Sunday” is one of the most beautiful evocations of domesticity I’ve ever heard). But they weren’t really love-song types, like John and Yoko or Paul and Linda or Georgia and Ira of Yo La Tengo or Kurt and Courtney or even Biggie and Faith — their marriage was less a subject of their music than the fact of it. They married in 1984, before Sonic Youth was even any good, and, despite their noise-rock’s sonic and lyrical obsession with chaos, their career seemed to grow out of the concerns of people who were making art to organize a future, rather than elude one — doing it for houses and college funds and a shared old age on a porch somewhere.

In the ’80s, when everyone else on their scene was slackers, they were avid networkers and stanch careerists, making the kind of business- and art-world connections they’d need to build something. In the alt-’90s, after solidifying their unimpeachable rep on records like 1987’s Sister and 1988’s Daydream Nation, they sold out pretty quick and kinda hard, the way you do when stability means as much as self-image; Moore said they did Lollapalooza in 1995 because the “good coin” they pulled down would allow them to buy their Murray Street studio; eventually it likely facilitated his family’s move to serene Northampton, Mass. When they’d stacked the proper amount of coin, they happily returned to their self-made margins, enjoying middle age while making a decade and a half of refined, textured, small-stakes records that mapped out private worlds with elegant, loose-circuited jams. Throughout all this they played the role of universal parents — when riot grrrl broke in the mid-’90s, Kim was the “riot mom;” when Kurt and Courtney and “alternative” itself imploded, they were solid as a rock.

In 2004, I went up to interview Moore for Spin magazine. Everything about it was awesome and inspiring. Northampton was like a college-lesbian-hipster-hippie Mayberry. Moore had been out back pumping up a kiddy pool for their daughter Coco’s 10th birthday. They were an almost unnervingly attractive family, all with those oceanic blue eyes you see in old pictures of Jesus before they realized it wasn’t cool to make him so Nordic. If people this beautiful could have any use at all for punk rock, maybe it was the music of everybody.

We sat in their living room for a couple of hours, amidst the art books and records, family dog yapping out back. Moore talked about everything from running home from ’70s punk shows because his East Village block was so nuts to meeting his rock heroes to more pressing concerns: how Kim recently had to explain to Coco that Britney Spears didn’t write her own songs, about helping Kim figure out what was and wasn’t “emo” for a book of band photographs she was planning. Everyday American family stuff.

The everyday future of Sonic Youth is uncertain now. If this does mean the end, it’s especially twisted that it should come during the tail end of a run of reunion shows by ’80s and ’90s indie bands who would’ve been unthinkable without Sonic Youth’s musical and personal example. They never needed a reunion to remind us how great they were. They were always together.